“Yemen’s Hurricane” .. The Houthis reveal the details of a “qualitative... 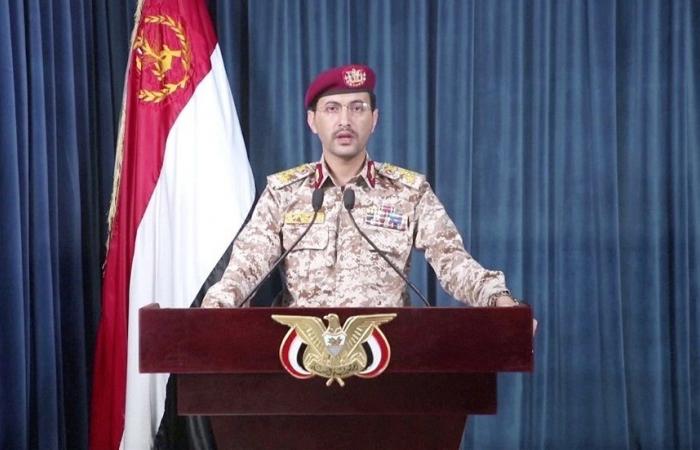 The Houthi group “Ansar Allah” announced that it had carried out a “qualitative military operation in the depth of the UAE.”

He stated that “Operation Hurricane Yemen” targeted the airports of Dubai and Abu Dhabi, the oil refinery in Mussafah in Abu Dhabi, and a number of important and sensitive Emirati sites and facilities.

He also stated that the operation, which he described as “successful”, was carried out with five winged ballistic missiles and a large number of drones, indicating in the context that it had successfully achieved its goals.

The military spokesman for the Houthis said in a video statement, “The armed forces, while implementing what they promised, are renewing their warning to the countries of aggression that they will receive more painful and painful blows.”

Yahya Saree stressed that he considers the UAE an unsafe country as long as its escalation against Yemen continues.

The Houthi forces warned foreign companies, citizens and residents in the UAE, and called on them to stay away from vital sites and facilities for their own safety, stressing that they would not hesitate to expand the Bank of Targets to include more important sites and facilities during the coming period.

On Monday morning, Abu Dhabi Police reported that there had been an explosion in 3 petroleum tanks transporting fuel in the Mussafah area, and a minor fire in the new construction area at Abu Dhabi International Airport, stressing that “there was no damage from the two accidents.”

The Emirates News Agency said, “Initial investigations pointed to the monitoring of small flying objects, possibly belonging to drones, that occurred in the two areas, and may have caused the explosion and fire. The competent authorities were sent and the fire is being dealt with.”

These were the details of the news “Yemen’s Hurricane” .. The Houthis reveal the details of a “qualitative... for this day. We hope that we have succeeded by giving you the full details and information. To follow all our news, you can subscribe to the alerts system or to one of our different systems to provide you with all that is new.