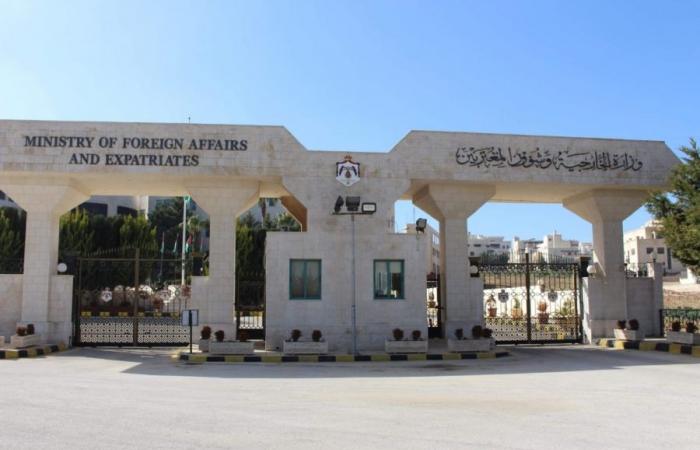 Nabataeans –
The Ministry of Foreign Affairs and Expatriate Affairs condemned the Houthi militia’s targeting of the lands of the sisterly Kingdom of Saudi Arabia, the latest of which was the targeting of the Jazan and Najran regions with two projectiles, this evening, Friday, which resulted in two deaths in Jazan, and the injury of a number of others.

The official spokesman for the ministry, Ambassador Haitham Abu Al-Ful, affirmed the Kingdom’s strong condemnation and denunciation of these terrorist acts and practices, and targeting the security and stability of the sisterly Kingdom of Saudi Arabia.

He stressed the Kingdom’s absolute stand by the sisterly Kingdom of Saudi Arabia in the face of all that threatens its security and the security of its brotherly people, expressing sincere condolences and wishing a speedy recovery to the injured.

These were the details of the news Foreign Ministry condemns Houthi militia targeting of Saudi lands :: Nabataeans for this day. We hope that we have succeeded by giving you the full details and information. To follow all our news, you can subscribe to the alerts system or to one of our different systems to provide you with all that is new.