Faisal Salhab: Ready to compete with world stars in the 2022... 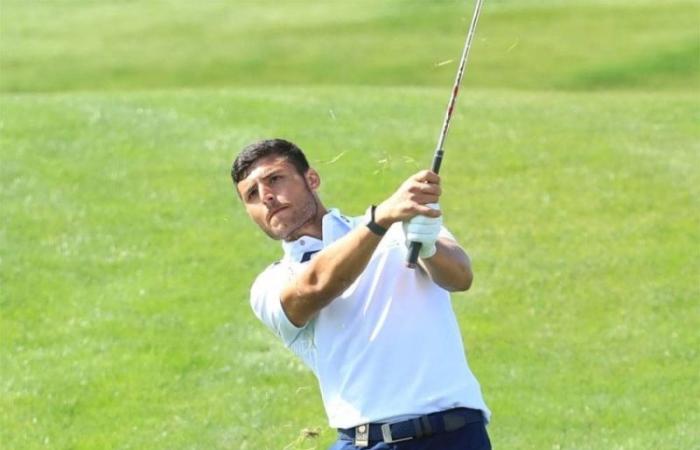 Saudi golfer Faisal Salhab, the holder of the sixth edition of the “Saudi Open” championship earlier this month and the winner of the “Arab Championship” golf in the individual category in Cairo, confirmed his aspiration to compete in the Saudi International Golf Championship 2022, and to register his presence there for the third time in a row.Salhab, who is ranked among the amateurs, deservedly deserved his participation after winning the championship that was held at the Riyadh Golf Club earlier this month, after intense competition over 3 days with the participation of 88 players from the professional and amateur category from 27 countries in the Middle East and North Africa.

The 25-year-old is aware of the difficulty of competing against the best golfers in the world during the Saudi International Championships held in King Abdullah Economic City, with prizes amounting to 5 million US dollars, stressing this by saying:“I am happy to participate in the Saudi International Championship again, especially after confirming my seat reservation as a result of winning the Saudi Open title. I now live with feelings of joy and pride when I see the international names that will participate in the tournament, as I and my colleagues in the Saudi team who participated in this special moment with me were very proud. I am also proud of the great achievements of the Kingdom of Saudi Arabia in the sport of golf, as it was able to repeatedly host the most prominent players in the world to compete on its courts.”

The level of golf players in the Saudi team has improved remarkably after winning the “Arab Championship” for the teams after competing against 10 Arab teams over 4 days at Dreamland Stadium in the Egyptian city of October. This victory comes after Saud Al-Sharif’s recent victory in the Jordan Open and thanks to the organization of unique events in the Kingdom, such as the Saudi International Golf Championship, which inspires promising Saudi talents in the region.

Salhab was able to achieve significant achievements this year based on the extensive experience he gained in several Asian Tour tournaments, including his recent participation in the Laguna Phuket Championship in Thailand; He was accompanied by his colleagues in the Saudi national team, Othman Al-Mulla, Saud Al-Sharif and Abdul Rahman Al-Mansour.

On this, Salhab added: “Winning the Saudi Open Golf Championship is evidence of the importance of continuing to participate in golf tournaments. With the start of the Saudi International Championship approaching in February, I am looking forward to outdoing my performance in previous years, when I may have lacked readiness, as I feel today that I am I am more prepared than ever, especially after participating in the same tournament for the past two years.

I also think that my experience gained this year will play a big role, as it contributed to my development on a professional and personal level. I know very well how tough the competition is, so my main goal is to get to the final stages without letting tension take over my ability.”

The Saudi star is looking forward in particular to playing in the Kingdom and among his fans, and he invites fans of all ages to enjoy this tournament and follow it with the best players in the world amid the amazing views of the Red Sea.

He concluded by saying: “I invite all Saudis, regardless of their level of interest in golf, to attend and support the players and tournaments that everyone in Saudi Golf is working hard to organize successfully. I would not recommend missing out on this exceptional tournament, as all the local community should feel proud to see the best golf players combined. in KSA”.

It is worth noting that the Saudi International Championship will be held at Royal Greens Club and Stadium from February 3 to 6, to constitute the first of the Asian Tour golf tournaments in the 2022 calendar, following the recent announcement of the signing of a 10-year partnership between the Asian Tour and Golf Saudi. The list of stars who have confirmed their participation includes a group of the best players in the world, such as Dustin Johnson, Bryson Dechambau and Phil Mickelson.

These were the details of the news Faisal Salhab: Ready to compete with world stars in the 2022... for this day. We hope that we have succeeded by giving you the full details and information. To follow all our news, you can subscribe to the alerts system or to one of our different systems to provide you with all that is new.