4 Egyptians from one family died while going for Umrah in... 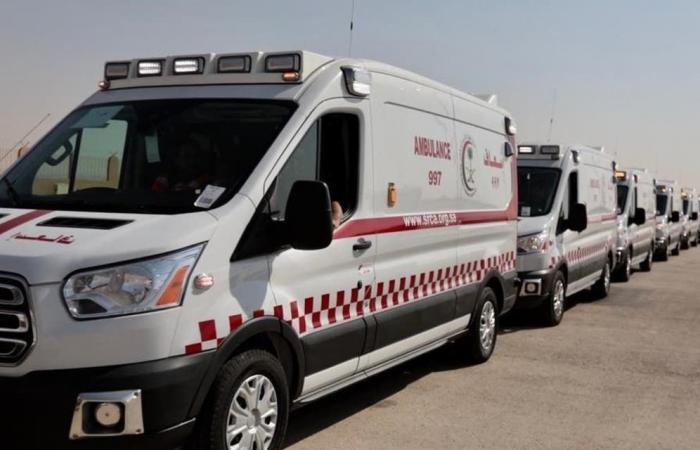 4 Egyptians from one family died in a terrible accident in Riyadh, Saudi Arabia, while they were going to Mecca to perform Umrah.

The family consists of a father, a mother and five sons, where two sons are still in intensive care at Al-Quwaya General Hospital, and the fifth son was transferred to King Salman Hospital in Riyadh due to the seriousness of his condition, according to the Egyptian newspaper Akhbar Al-Youm.

The Egyptian Minister of Manpower, Mohamed Saafan, received a report on the incident from the labor attaché Ahmed Ragaei, head of the labor representation office of the ministry at the Egyptian consulate in the capital, Riyadh.

The Minister of Manpower also assigned the office to coordinate with the Consulate to expedite the completion of the procedures for shipping the bodies and following up the condition of the injured children, as well as taking everything necessary to preserve the entitlements of the deceased Egyptian citizen, within the framework of preserving the rights of Egyptian workers abroad, protecting and maintaining them, following up their entitlements and solving their problems first. Powell.

The labor attaché added that, by reviewing the father’s residency photo, it turned out that it belonged to the engineer Abdel Salam Mabrouk Abu Zaid Al-Sakka, one of the employees of the National Restaurant Company “Kentucky”, and immediately contacted the company’s management, which confirmed the presence of the deceased engineer on the job, and pledged to pay the financial dues of the deceased as soon as the completion of the work. Clearing his dues from the competent financial department.

These were the details of the news 4 Egyptians from one family died while going for Umrah in... for this day. We hope that we have succeeded by giving you the full details and information. To follow all our news, you can subscribe to the alerts system or to one of our different systems to provide you with all that is new.

PREV Kahila horse championship to kick off May 25 in Saudi Arabia
NEXT Eid Al-Fitr to begin on Monday: Saudi Supreme Court