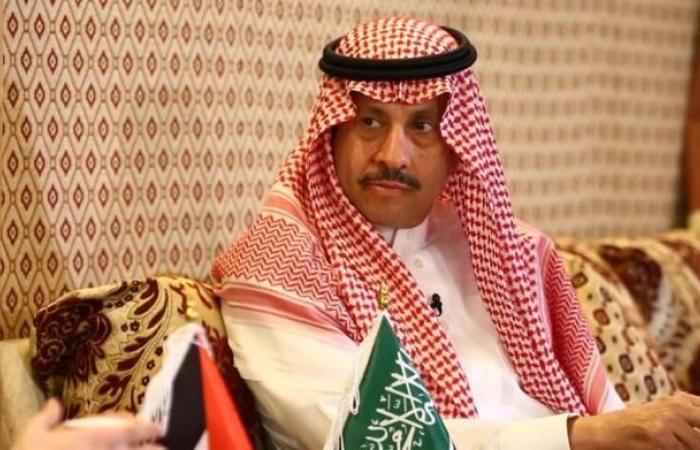 The Ambassador of the Custodian of the Two Holy Mosques in Jordan, Nayef bin Bandar Al-Sudairy, said that the Kingdom hosts the largest Jordanian community in the world, numbering approximately 600,000 Jordanians.

Al-Sudairy pointed out that the Kingdom has launched several initiatives that serve the Saudi and Arab citizens, including the Green Middle East initiative, which will be launched on October 25, and aims to meet the challenges of climate change inside and outside the Kingdom’s borders.

He added, during his interview with the “Helweh Ya Donia” program broadcast on Roya satellite channel, that the Jordanian citizen is distinguished by high professionalism, which made him receive various jobs in the Kingdom.

He stressed that the Kingdom welcomes Jordanians and looks forward to their participation in the labor market, especially with the opening of mega projects in the NEOM area adjacent to Jordan, expecting an increase in the number of Jordanians in the Kingdom.

These were the details of the news News 24 | The Saudi ambassador to Jordan: The Kingdom... for this day. We hope that we have succeeded by giving you the full details and information. To follow all our news, you can subscribe to the alerts system or to one of our different systems to provide you with all that is new.