Barcelona and Magdeburg in the Saudi Super Globe final 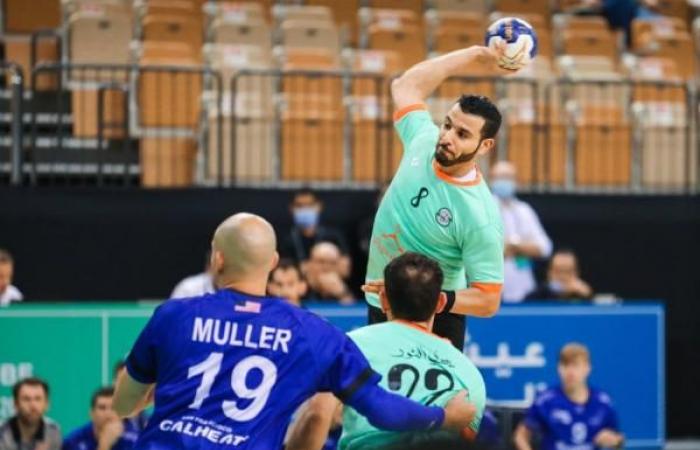 The German Magdeburg team and the Spanish Barcelona team announced that they had reached the final match of the World Handball Club Championship “Super Globe”, after the first defeated the Danish Aalborg in an early final with a score of (32-30), and the second surpassed the Brazilian team Pineros with a score of (39-24), during my meeting The semi-finals were held this Thursday evening at King Abdullah Sports City in Jeddah.German Magdeburg – Danish Aalborg

In a meeting that carried all the world’s handball arts, and witnessed a lot of excitement and suspense to truly serve as the early final of the World Championship, the German Magdeburg team succeeded in violating all expectations, which was nominated for the European runner-up, the Danish Aalborg team, to reach the final confrontation, and beat it with a result ( 32-30), after the first half ended with the two teams tied with 18 goals for both.

In the second meeting of the semi-finals, Barcelona imposed its global dominance, and decided its arrival in the final match after defeating the Brazilian team Pineros (39-24).

The record holder in the world championships, tried to resolve the confrontation with the least effort, in preparation for the confrontation that brings him together with the German team Magdeburg tomorrow evening, Saturday, in the final of the Club World Handball Championship, which he had previously won the title on five previous occasions.

Al-Nour achieves its first victory in the world

In the matches to determine the places from the fifth to the tenth, the Saudi Al Noor team achieved its first victories in the World Club Handball Championship, after it outperformed its American counterpart Cal Heat by 6 goals, and with a result (30-24), in a meeting whose first star was Bahraini Hussain Al-Sayyad.

Zamalek beat the University of Sydney

In the second matches to determine the positions from the fifth to the tenth, Zamalek beat its Australian counterpart, the University of Sydney, and beat it with a score of (38-19), in a one-sided meeting, during which it became clear the insistence of the sons of Egypt to achieve fifth place after they lost the opportunity to compete for the title by leaving. Against Barcelona in the quarter-finals, after a summit meeting that grabbed all the lights during the World Championship.

These were the details of the news Barcelona and Magdeburg in the Saudi Super Globe final for this day. We hope that we have succeeded by giving you the full details and information. To follow all our news, you can subscribe to the alerts system or to one of our different systems to provide you with all that is new.