Because of her “muscle” .. a Saudi court assumes the guardianship... 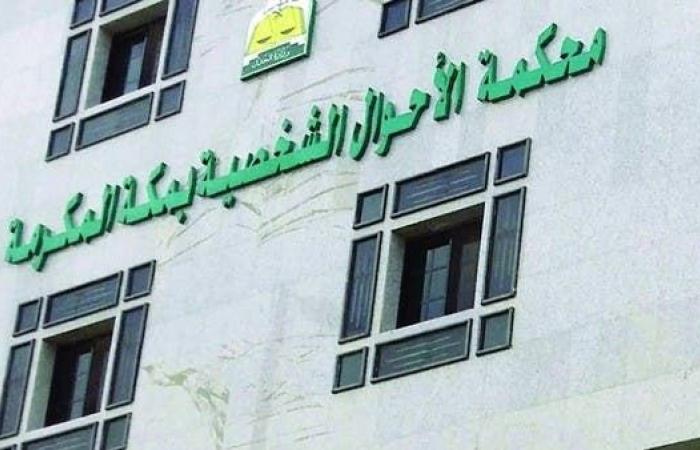 The Personal Status Court in Makkah al-Mukarramah decided to transfer the guardianship of a 57-year-old woman to the Sharia courts to get her married after one of her brothers had misled her over the past years and prevented her from marrying.

This came according to what was explained by the woman’s agent, lawyer Asmaa Al-Zahrani, who explained that the adhl is the guardian’s refusal to marry his maiden, which is unanimously forbidden.

She stated to the media: “Adhl is one of the issues under consideration in our courts. It is applicable that marriage can only take place by my guardian, otherwise the marriage will become void, but he is exempted from this in the event that the guardian refuses to marry off his maiden without right, and without a convincing reason; the court drops guardianship, and undertakes the marriage of The woman is for a competent suitor.

On a related level, lawyer and legal advisor Bandar Al-Amoudi explained that the adhl is a serious human and social problem that threatens society with its dangers. legitimacy.

He emphasized that the muscle is considered a harm by which guardianship is stripped from the guardian, and it is forbidden for the guardian to prevent his female guardian from marrying whomever he consents to; For He, the Most High, said: {So do not prevent them from remarrying their husbands if they agree between them with kindness.} Hidden domestic violence, which robs women of their legitimate rights and violates their humanity.

Al-Amoudi added that muscle has negative social, psychological, health, and behavioral effects, not only on the afflicted girl, but also on the family and society as a whole, and the Supreme Judicial Council headed by Minister of Justice Dr. Achievement and support the quality of work, given that muscle issues are of a special nature, and in order to ensure that these issues are given the attention they deserve and are accomplished according to the correct rules, and in accordance with its nature.

Among the most important content of the rules is the possibility of accepting the adal lawsuit from the woman, or from any person who has an interest in the lawsuit, such as her mother or her brothers, and the presence of the suitor is not required, and for the speed of completion of the muscle lawsuit, the rules stressed that the circuit decides on the lawsuit of the muscle referred to it within 30 days and the consideration of the case is not postponed from the scheduled date only when necessary; With a statement of the reason for the postponement in the case report and for a period not exceeding ten days, and the postponement for the same reason may not be more than once, and the rules also allowed the woman’s request for marriage to be considered for termination (without a lawsuit) if it was based on her separation from guardians, by loss, death, or absence The guardian, or the inability to inform him, to prove it.

He added in his speech: “The rules took into account the privacy of these cases and authorized the judicial department to take what it deems appropriate to preserve the privacy of the parties and the confidentiality of the sessions, and permitted the court to consider these cases in the court outside the working hours, taking into account the requirements of the contract. The authorized person is in the place agreed upon by the two parties to the marriage contract without being restricted to being in the court, and the rules included a number of other clauses.

These were the details of the news Because of her “muscle” .. a Saudi court assumes the guardianship... for this day. We hope that we have succeeded by giving you the full details and information. To follow all our news, you can subscribe to the alerts system or to one of our different systems to provide you with all that is new.