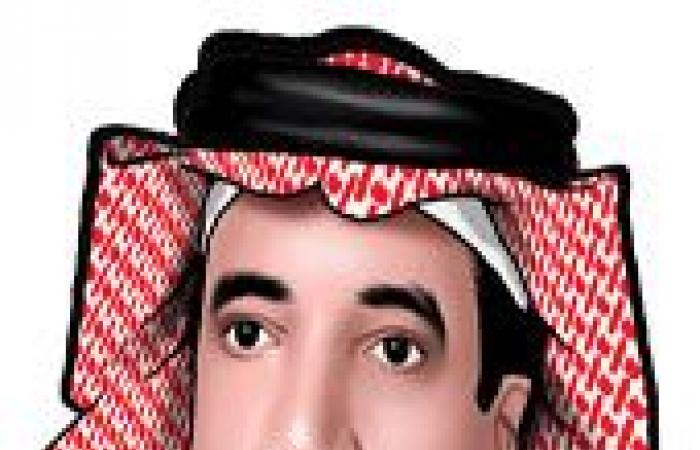 
* a few days; And in our young kingdom we always celebrate; On the glorious National Day, which does not stop with us only at the significance of the declaration of monotheism in 1351 AH 1932 AD; At the hands of the founder and unifier (King Abdul Aziz Al Saud) – may God rest his soul – but it is presented to us every year; A new inventory of great achievements, and puts us every year; On the thresholds of an advanced renaissance in all areas of life, in the midst of a world swarming with all challenges that reach the point of threatening peoples in their existence.

* The prince says: (Turki bin Abdullah bin Abdul Rahman) as follows: (The Saudis are at a crossroads between two different and clear choices: the choice to wrestle with the dangers facing them, their achievements, and their entire region, and change automatically as developments require. The other: to be the basis of their constructive future based on their past, and to make the basis of the achievements of the ancestors as a base and a new starting point for building their future, after they adapt the foundations of those achievements to the reality of our present time, and to aspire to achieve achievements no less than what the predecessors accomplished, and work on them).

* those were; Part of the entry to the book of the Prince: (Turki bin Abdullah bin Abdul Rahman); Which bore the title: (Saudi Arabia.. Inheritance and the Future.. Change that Enhances Survival). The book, which was published six years ago, is 290 pages long, and presents a serious and new proposal in adapting the popular heritage and the civilizational achievements made over the past decades; To achieve a human civilized change, according to a comprehensive renaissance path based on: (awareness, knowledge and appreciation of the heritage, the effort and sacrifices made by everyone to build this great heritage, and that we have at the level of all generations and walks knowledge of this heritage, loyalty to it, and pride in it, because we and our ancestors are all; We participated in its formation, making it the base and the beacon that defines our purpose as a nation and a homeland).

* The author believes – and he is right in this vision – that the achievements of the ancestors are: (Real and great achievements, made by the ancestors at a time when all phenomena and circumstances indicated the impossibility of expecting them from them, as well as their ability to achieve them.. they faced difficulties and great challenges from within and from the environment and abroad).

* What was presented in this valuable book; It strongly intersects with our cultures and ideas on the occasion of the National Day celebration, because our present is linked to our past; It is the starting point that takes us to a prosperous future with its religious, cultural and social roots that support every constructive step. The author says: (This country today overlooks a window to its future – and this is a unique situation that may not last – its pillars are solid, its achievements are alive, and its capabilities have not lost all its strength yet, and its experience is successful.. Today’s generation with all its spectrums; History has a big window for them that will not last. The window has to close sooner or later.)

* It is clear; The Saudis today of all age groups; They are well aware of the importance of their country and its position among nations, and they know very well what is required of them to maintain the momentum of change and development that began from the first day of establishment and then unification.. A fundamental change and development that does not affect the constants and building rules established by King Abdul Aziz – may God have mercy on him – and which his righteous sons followed. after him, but he relies on it, and proceeds from it, to search for a worthy place for this country among the nations of the earth, and to realize the dream of a great renaissance king; Ninety years ago, he realized the status of his kingdom, so he sought the assistance of qualified management and policy experts, and he searched for black gold in the depths of the earth until he found it, and brought telegrams, wireless, radio, plane and car, and opened schools, and stood firmly in the side of reason and progress against ignorance and backwardness.. This is the founder and unifier of King Abdul Aziz, may God have mercy on him; The first to enact the project of change and development in this country, despite all the internal and external challenges and risks. He succeeded ably, and the project remained in place after him, renewing and defining, and taking luminous paths until this day of people with (National Transformation 2020) and then (Kingdom’s Vision 2030).

* The great national achievement that was achieved with the unification of the Kingdom in the year 1351 AH; He produced and vigorously another achievement that the founder and unifier – may God have mercy on him – hailed as (the project of change and development). It was a Saudi project par excellence, with all its historical, geographical and cultural details. Prince Turki says at the end of his book: (History does not record the great accomplished nations; that he prepares for them a detailed plan from scratch to achieve their achievements, but rather it is the one who formulates everything by herself, and the plan comes as a result of that, and one of what was made, their achievement comes by knowing Their past, the great challenges that surround them, the refusal to accept and surrender to them, knowing what they want and which direction to take.Everything other than that comes as a result of this, our situation today is many things for what many of these nations faced, but at the same time we rely on achievements It was made by our ancestors, and all that remains is for us to adapt it to our times, and to build on it, so that it becomes for us what the ancestors did for us).

* Thank you to the author of the book, Prince: (Turki bin Abdullah bin Abdul Rahman), who made this precious gift available to me; Seeing important ideas that are consistent with the annual acculturation that we engage in on the occasion of our glorious National Day.

These were the details of the news Saudi Arabia..(Change..that enhances survival and advancement)… for this day. We hope that we have succeeded by giving you the full details and information. To follow all our news, you can subscribe to the alerts system or to one of our different systems to provide you with all that is new.