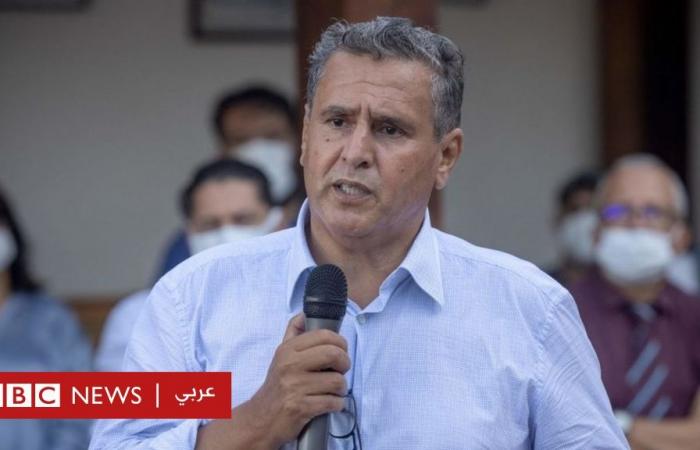 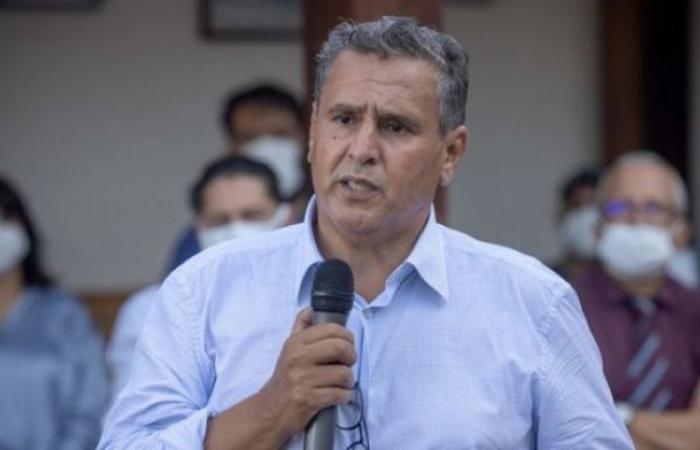 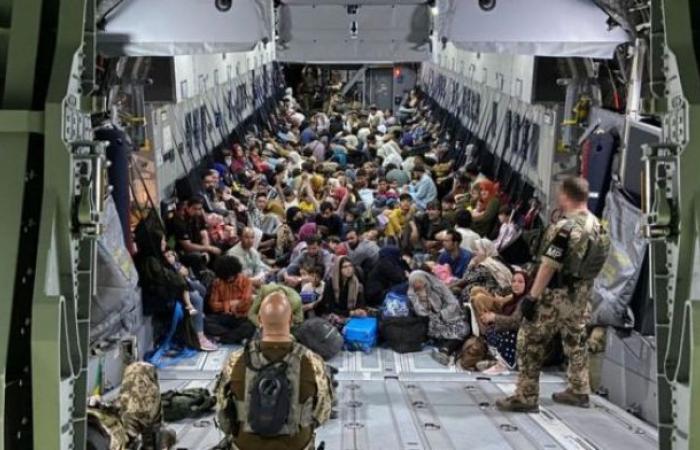 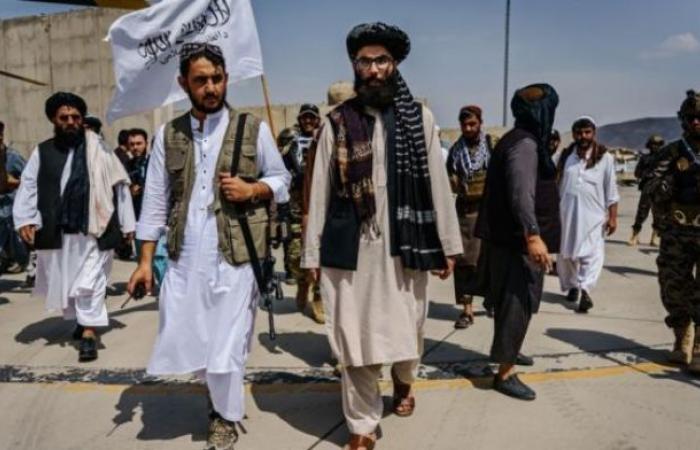 We begin the presentation of newspapers from a lengthy report by Isambard Wilkinson in The Times, entitled “Aziz Akhannouch: The King’s Man Who Aims to Overthrow the Islamists in Morocco”.

The writer says that Aziz Akhannouch, a friend of Moroccan King Mohammed VI, says that “the moment of his assumption of the premiership has come, and his party will win the general elections on Wednesday. After that, (people) hope to spread generously on his political stronghold (the southern coast of Morocco),” It gives (her family) schools, hospitals, jobs, and in some cases money to buy badly needed new shoes.”

Akhannouch believes, according to the writer, that there is “a clamor for change in Morocco and that voters will vote to end the ruling Justice and Development Party’s decade in power. His supporters say that the Islamists have not achieved the prosperity they promised and have failed.”

The writer notes that “Morocco has done relatively well in economic terms, but growth needs to extend beyond the big cities. Experts say competition does not exist in many sectors dominated by businessmen close to the monarchy. Productivity must be increased in The agricultural sector. More jobs must be created for unqualified workers, who are a large segment of the population.”

The writer explains that critics “see that changing the ruling party will not be change at all. They point to the fact that, whatever the outcome, the king will remain the highest authority in the political, military, security and religious fields.”

Some even go so far as to suggest that the AKP’s defeat will be to some extent a symptom of the reversal of the reforms undertaken by the king after the Arab Spring, which gave more powers to the elected parliament and the government.

Akhannouch, whose party, the National Rally of Independents, is widely believed to be favored by the king and who built his political reputation as agriculture minister for 15 years, insists that his leadership would be a marked improvement over the Islamists.

He notes that he has spent five years radically rebuilding the party, spreading its influence across the country. His success heightened tensions last week, as Islamists and other parties accused him of illegal campaign spending.

Others accuse his party of being part of the forces that tamed the Justice and Development Party on behalf of the king, and succeeded in maneuvering to overthrow Abdelilah Benkirane, a charismatic populist who was prime minister who posed a potential threat to the monarchy and its authority.

“The key question is whether Islamists can survive being tamed by the monarchy, or be abandoned by voters frustrated at their inability to reform the system,” says Riccardo Fabiani, a North Africa expert at the International Crisis Group. Central is the turnout rate, which was steadily declining in previous elections.”

“It will be a key indicator that must be monitored to assess the legitimacy of the current political system and the level of disillusionment among the population,” Fabiani added.

Fabiani noted that “the AKP is evidence of the regime’s resistance to change. While the country is officially a constitutional monarchy, in reality the state is run by the king through a complex network of patronage controlled by rural notables and his friends.”

We turn to an opinion piece by Patty Waldemir in the Financial Times, “Fugitive Afghans Relive US Memories of ‘Child Custody’ in Vietnam.”

The writer recounts the story of Aryn Lockhart, who fled Vietnam as part of Operation Baby Lift, when she and 2,000 other Vietnamese orphans were taken to be adopted in the United States, just weeks before Saigon fell to a US military defeat in the Vietnam War.

“As America watched pictures of desperate Afghans fleeing their homeland after another American war, Lockhart remembered that old trauma,” she says. “When I saw pictures of refugees crowded on American planes, I thought, ‘Oh my God, this looks just like the pictures of Operation Baby’,” she says. Lyft, except that not all of them are children.”

She notes, “The airlift in Saigon has been marred by tragedy, just like the evacuation of Afghans…The inaugural flight of Operation Babylift crashed, killing 138 people, including 78 children.” And healing, “her adoptive parents in the United States told her that she was one of the survivors.”

The American public strongly advocates the evacuation and relocation of Afghans with US ties, or those at risk from the Taliban, and this support goes beyond party lines, says Dina Smeltz, a public opinion and foreign policy researcher at the Chicago Council on Global Affairs.

“This does not mean that there will be no backlash against immigrants later. The number of Afghan refugees is expected to reach 13,000 at Fort McCoy, a US Army base in rural Wisconsin,” the author explains.

“I’ve been threatened by people saying why would you welcome these people here,” said Joe Cemberman, president of Global Cleveland, an NGO that works with newcomers to the city.

Cemberman believes that the resettlement of immigrants is a “revival of the memory of Cleveland”, which was originally settled by immigrants from eastern and southern Europe.

“Welcoming refugees helps offset our demographic loss, and we have four jobs available to everyone who wants to fill them,” he adds.

“The cultural battle for assimilation into the United States will be as tough for Afghan refugees as it is for those who came before,” says Ari Obinson, president of the International Institute in St. Louis, who immigrated himself from Cameroon more than 20 years ago.

We conclude with another opinion piece by Sir Ivor Roberts, Senior Adviser to the Counter Extremism Project, an international non-profit organization, entitled “It would be dangerously naive to ignore the renewed possibility of terrorist attacks in Europe”.

The writer says at the beginning of his article, “While the Taliban takeover of Afghanistan is primarily a societal, security and economic disaster for Afghanistan, it also creates an atmosphere of grave danger to the West.”

It has been known for some time that key Taliban influencers, such as the leaders of the Haqqani network, remain closely linked to international jihadist terrorist groups. The Haqqani Network, a hardline Islamist movement dedicated to creating an Islamic state in Afghanistan and Pakistan, has largely entrenched itself. in recent years with al-Qaeda and is now widely regarded as a leading insurgency force in South Asia.”

Assigning the Haqqani network responsibility for security in Kabul amounts to giving the fox running the chicken coop. It is an illusion to think that despite what the Taliban say, the Haqqani network is willing to prevent al-Qaeda from again using Afghanistan as a base for coordinating attacks against the West.

“Another equally serious jihadist threat, relentlessly arising from the chaos created by the capture of Kabul, will prove beyond the Taliban’s ability to control,” says the author.

The writer argues that, “ISIS-K has long wanted a direct battle with the West, but, so far, it lacks the ability to launch an international attack. With many of its members released from prison after our military withdrew, the group is quickly returning to full strength. It is a serious and imminent threat to the safety of British citizens and those Afghans who have stood by our forces who have not yet been evacuated from Afghanistan.”

Beyond Afghanistan’s borders, in the emerging Afghan refugee crisis, “the Haqqani network and ISIS-K will see an ideal opportunity to carry out attacks in major western cities before the end of the year,” the author says.

These were the details of the news “The King’s Man Who Aims to Overthrow Islamists in Morocco” –... for this day. We hope that we have succeeded by giving you the full details and information. To follow all our news, you can subscribe to the alerts system or to one of our different systems to provide you with all that is new. 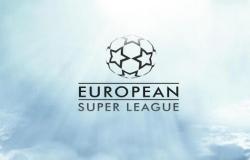