Saudi Arabia.. Video of the first batch of women in the... 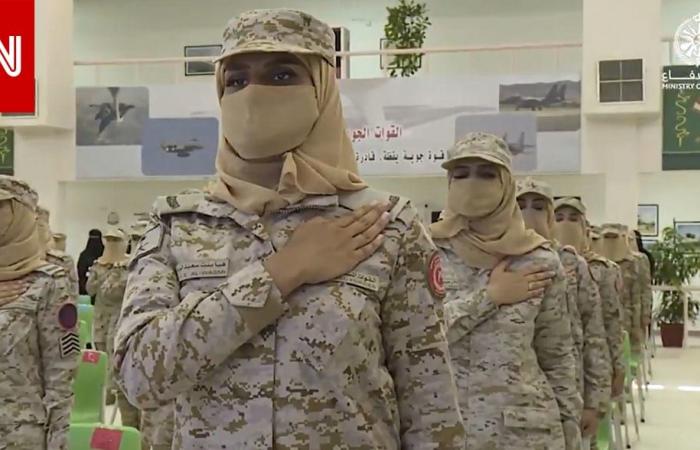 Dubai, United Arab Emirates (CNN) – The Saudi Ministry of Defense published, on Wednesday, a video clip of the graduation ceremony of the first batch of women in the armed forces from the Women’s Cadre Training Center after completing the basic individual course at the center, under the patronage of Chief of the General Staff Lieutenant-General Fayyad Al-Ruwaili.

The official Saudi Press Agency stated that “the ceremony began with verses from the Holy Qur’an, then the head of the Armed Forces Education and Training Authority, Major General Adel bin Muhammad Al-Balawi, delivered a speech in which he stressed that the center aims to provide distinguished training services for female employees of the Ministry of Defense efficiently and professionally in the functional areas that the ministry needs.” “.

Al-Balawi added: “The center has an important mission, which is to provide distinguished training programs and curricula and an ideal learning environment in accordance with international quality standards that meet the needs of the armed forces of female cadres with the aim of achieving better performance that helps achieve the ministry’s goals in the future.”

And the Saudi Agency stated in its report that the course “began on the 18th of Shawwal 1442 AH at the Women’s Cadre Training Center for the Armed Forces and lasted 14 weeks.”

These were the details of the news Saudi Arabia.. Video of the first batch of women in the... for this day. We hope that we have succeeded by giving you the full details and information. To follow all our news, you can subscribe to the alerts system or to one of our different systems to provide you with all that is new.