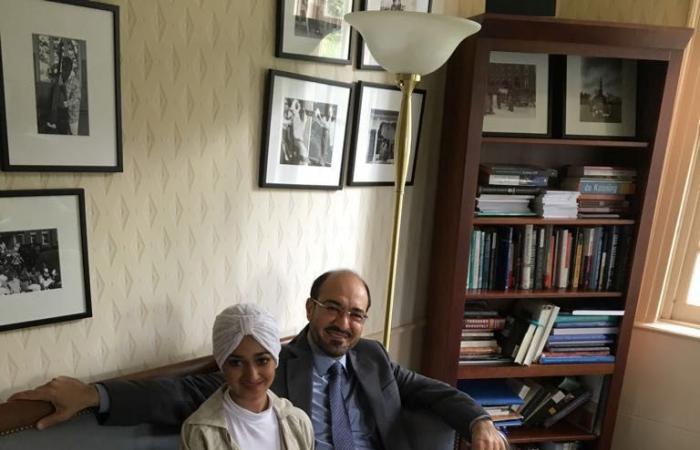 Mohamed Nass - Cairo - The family of a former top Saudi intelligence official who is living in exile and locked in an international feud with Crown Prince Mohammed bin Salman say they have become pawns in the kingdom’s efforts to bring the spy chief home.

Now, an attempt by the family to appeal the convictions has failed, according to Saudi authorities. The Jabri family alleges that Saudi authorities interfered in the legal process, including circumventing appeals proceedings, which Riyadh denies.

A Saudi official told Reuters in a written statement that the convictions of the Jabri children “were upheld on appeal.”

The appeal, which hasn’t been previously reported, comes as the administration of US President Joe Biden has raised concerns with senior Saudi officials about the children’s detention and trial, according to the US State Department.

The family’s assertions are the latest volley in an acrimonious dispute playing out in courtrooms in the United States, Canada and Saudi Arabia between the former intelligence official and the crown prince. Known by the initials MbS, the crown prince has tightened his grip on power in recent years. Jabri was a long-time aide to another royal, Prince Mohammed bin Nayef, whom MbS ousted as heir to the throne in a 2017 palace coup. MbS is now de facto ruler of Saudi Arabia, the world’s top oil exporter and a key US ally.

Last summer, Jabri accused MbS in a civil suit in US federal court of sending agents in 2018 to Canada, where Jabri now lives, to kill him. In January, a group of Saudi state-owned firms alleged in a lawsuit in Canada that Jabri embezzled billions of dollars of state funds while working at the Ministry of Interior.

Jabri spent many years as bin Nayef’s closest aide at the Ministry of Interior, including helping to overhaul the kingdom’s intelligence and counterterrorism operations. Jabri, via his son Khalid, declined to comment.

Jabri’s family say Omar and Sarah al-Jabri – aged 23 years and 21 years, respectively – filed their appeal in late November in the court of appeals in Riyadh. The two siblings currently are in prison in Saudi Arabia, according to the Jabri family.

According to a document submitted by MbS’s lawyers this month in Jabri’s US suit against the crown prince, the Riyadh court of appeals upheld the conviction of Omar and Sarah on December 24. The document, dated April 1 and stamped by the Saudi public prosecutor’s office, summarizes the charges against the siblings. The allegations include illegal financial transactions involving “one of the accused,” who isn’t identified, as well as plotting “to flee the Kingdom in an irregular manner.”

The family said the siblings appealed their convictions, but neither their lawyer nor Omar and Sarah were informed of any appeal proceedings or a final verdict, which two legal experts said would be highly irregular if true.

The family added that by January, the case disappeared from the court docket. Reuters was not able to review the justice ministry’s online database, which is not publicly available.

The two legal experts said this would be unusual because the appellants hadn’t been notified of any appeals court proceedings or an outcome. When the lawyer representing the siblings asked court officials about the status of the appeal, the family say, the response was that the case had been blocked, without elaborating.

Reuters found no evidence of MbS’s involvement in the proceedings against the Jabri children. Saudi Arabia’s public prosecutor’s office reports directly to the king under a decree issued in 2017.

The Saudi official who provided the written statement to Reuters did not provide court documents relating to the proceedings when asked to do so by the news agency. “All the applicable legal procedures were followed throughout the case, and they were accorded all of their rights (including representation by counsel),” the official said.

The official added that the charges on which the Jabri siblings were convicted of were “not related to the case against their father.” However, an undated document the family say was part of the prosecutor’s case and provided to Reuters alleged that Omar and Sarah concealed and used their father’s bank accounts and that their roles were “coordinated and planned” by their father without elaborating further.

In the civil case filed by Jabri against MbS and 24 others in federal court in the District of Columbia, the former official is seeking unspecified damages from the defendants under the Torture Victims Prevention Act. The law has been used in the past to allow foreign nationals to file complaints in the United States over human rights abuses committed abroad.

The crown prince’s lawyers have rejected Jabri’s allegations and said MbS has legal immunity in the United States as a foreign head of state.

In an April 5 motion to dismiss the case, MbS’s lawyers said the kingdom is seeking to extradite Jabri to prosecute him for fraud. The lawyers also referred to a worldwide freeze on Jabri’s assets issued in January by the Ontario Superior Court as part of the Canadian suit against the former official.

Khalid al-Jabri said his father has done nothing wrong. MbS is pursuing Jabri, Khalid said, because of his father’s knowledge of the kingdom’s inner workings.

Biden has made human rights a key issue in bilateral relations with the kingdom. read more

The US State Department, in a statement to Reuters, said “we are deeply concerned” by reports of the detention and sentencing of Jabri’s children and that Washington “strongly condemns any unjust action against family members of those accused of crimes.”

“We have been in direct contact with senior Saudi officials and will continue to raise our concerns,” the department said. Jabri was “a valued partner in countering terrorism whose work helped save countless American and Saudi lives.”

Saudi authorities have made repeated attempts to lure the former intelligence official back to the kingdom, according to the family. Jabri alleges in his US lawsuit that his knowledge of “sensitive, humiliating and damning information” posed an existential threat to the crown prince.

MbS’s lawyers, in court filings, have dismissed as untrue Jabri’s assertions that the crown prince attempted to silence the former Saudi official.

Omar and Sarah’s trial in Riyadh’s Criminal Court began in September 2020, according to the family. The family told Reuters the hearings were held behind closed doors, with relatives, media and foreign diplomats barred from entering the court. The siblings were not granted access to their lawyer before trial, and only two of the three judges overseeing the case signed the verdict, the family said. The absence of a judge’s signature from a ruling would be unusual, according to two independent legal experts consulted by Reuters.

A copy of the verdict, provided by the family and reviewed by Reuters, shows digital signatures under two of the judges’ names and none under the third.

Omar and Sarah were sentenced in November to nine years and 6.5 years in prison, respectively, according to the family and the document submitted by MbS’s lawyers this month in US court. The siblings also received fines totaling 1.5 million Saudi riyal, or about $400,000, and years-long bans from leaving the country.

A lawyer for the siblings continued to maintain their innocence and said the charges were not supported by direct evidence, according to a copy of a 16-page appeal dated November 29 and provided to Reuters by the family. The appeal also challenges the confessions the prosecution cited as evidence in the siblings’ conviction, saying they were obtained through coercion.

The three judges and clerk who oversaw the case have been transferred to other courts, according to the family.

Taha al-Hajji, a Saudi lawyer living in exile in Germany, said that some of the factors the family consider to be irregularities could potentially be explained in isolation and have precedents such as judges being moved in politically sensitive cases. But, when taken together, the various elements cited by the family are highly irregular, he said.

“All of these details point to obscurantism and political interference by Saudi authorities and show the lack of independence in the kingdom’s judiciary,” said Hajji, who isn’t involved in the Jabri case.

IMAGE: Former Saudi intelligence official Saad al-Jabri (R) sits with his daughter Sarah al-Jabri whilst visiting schools around Boston, US in this handout picture shot in the autumn of 2016. Khalid al-Jabri/Handout via REUTERS.

These were the details of the news The legal war between the Saudis and their former spymaster for this day. We hope that we have succeeded by giving you the full details and information. To follow all our news, you can subscribe to the alerts system or to one of our different systems to provide you with all that is new.