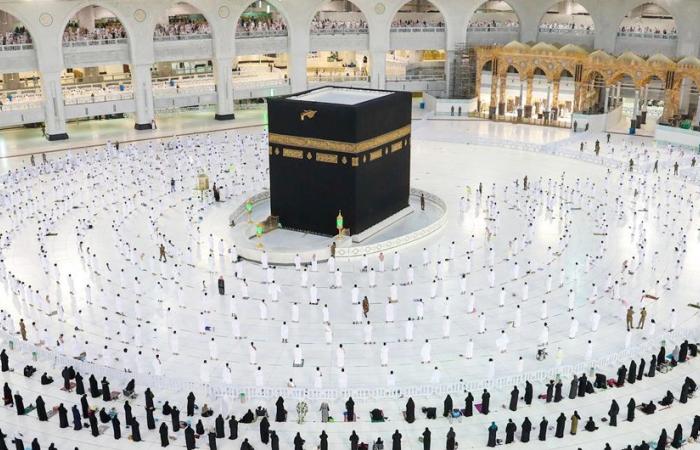 Jeddah - Yasmine El Tohamy - RIYADH: Saudi Arabia’s King Salman has approved Tarawih prayers to be held in the Grand Mosque in Makkah and the Prophet’s Mosque in Madinah during Ramadan, but to reduce them to 10 raka’ats.
Sheikh Abdul Rahman Al-Sudais, head of the Presidency for the Affairs of the Two Holy Mosques, said the decision was based on King Salman’s keenness to continue holding rituals in both mosques and to harness all means available to help worshippers to perform rites in a safe environment that met all international health standards.
He added that the presidency was deploying all its resources to serve pilgrims and worshippers during Ramadan.
The Ministry of Islamic Affairs announced that Tarawih and Qiyaam prayers would be combined with the Isha prayer in all mosques in the Kingdom, and that they do not exceed 30 minutes.
The ministry said the decision was made to reduce the duration that worshippers spend inside mosques and to avoid high rates of infection.
The Ministry of Hajj and Umrah said that starting from Ramadan 1, permits for Umrah, prayers and visits to the Two Holy Mosques would be granted to people who have received the COVID-19 vaccine, according to availability from the Tawakkalna app.
The ministry also said that Umrah permits may be obtained through hotels surrounding the Grand Mosque during Ramadan.
Authorities said last week that only pilgrims with permits would be allowed to enter the Grand Mosque and perform Umrah prayers during the month and until the end of the pandemic.
The ministry, in coordination with the Saudi Authority for Data and Artificial Intelligence, said the hotels would be able to issue Umrah permits only, without permits to pray in the Grand Mosque, through the Tawakkalna and Eatmarna apps in accordance with regulatory requirements and approved health protocols.
The ministry said that this was in addition to the previously announced controls and mechanisms for issuing Umrah and prayer permits in the Grand Mosque during Ramadan for those who met the health requirements, so that the services facilitated to pilgrims from both the public and private sectors were a success.
Unauthorized vehicles will not be allowed in the Central Region around Makkah, and visitors must arrive on time or risk losing their time slot.
Children will not be allowed to enter either mosques, nor the courtyards around the mosques.
The ministry called on people to follow the preventive measures to ensure the safety, health and security of those visiting the Grand Mosque.
Meanwhile, Sheikh Mohammed bin Ahmed Al-Khudairi, undersecretary of the Presidency of the Prophet’s Mosque, launched an electronic service to measure the capacity of the mosque and its squares.

These were the details of the news Hajj Ministry announce Ramadan guidelines for Umrah and prayers for this day. We hope that we have succeeded by giving you the full details and information. To follow all our news, you can subscribe to the alerts system or to one of our different systems to provide you with all that is new.