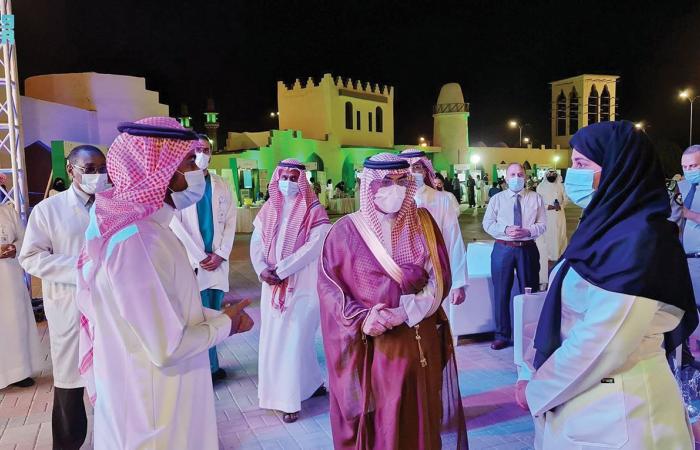 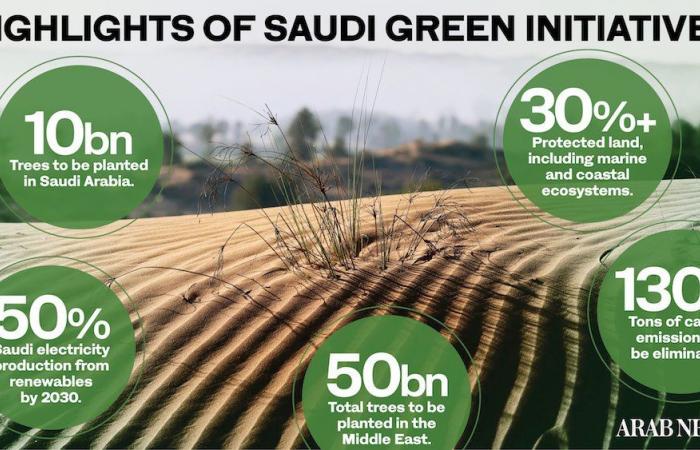 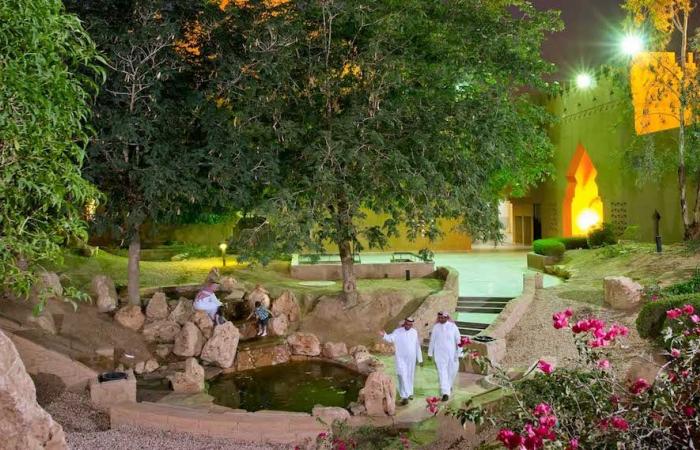 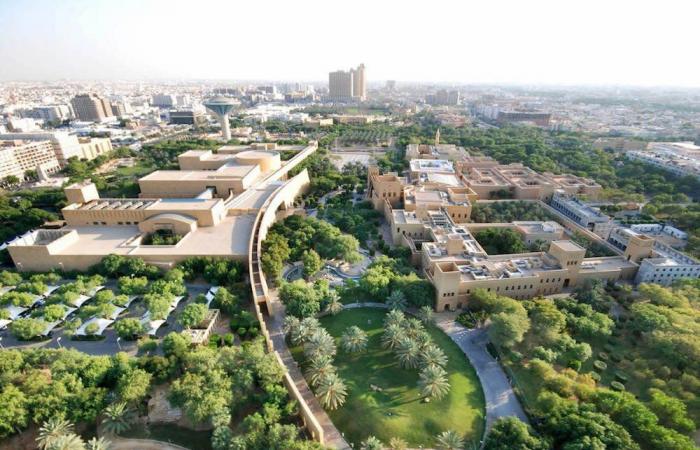 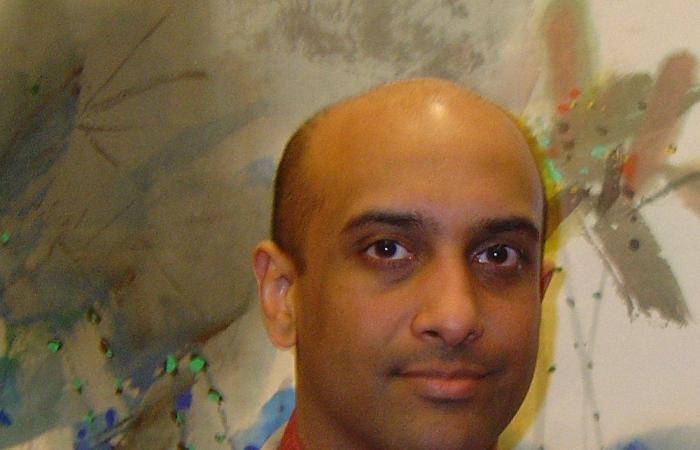 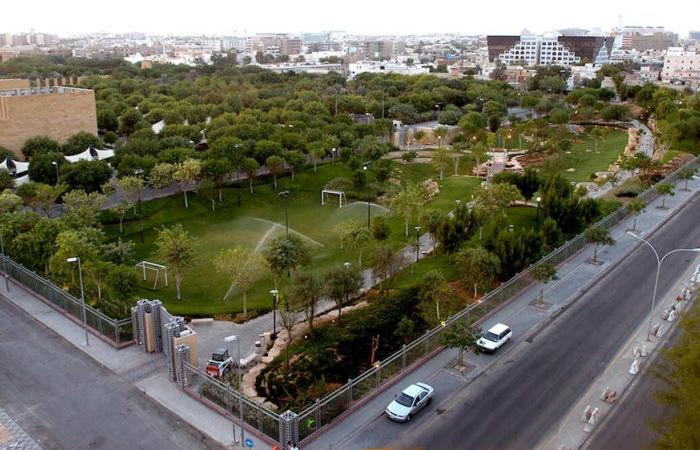 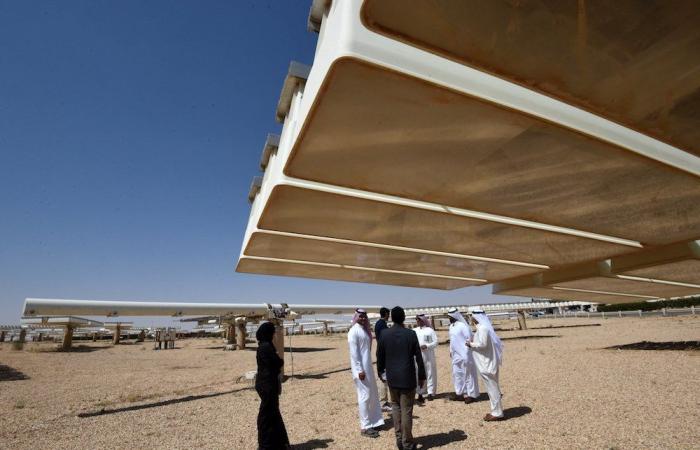 NEW YORK CITY: The recent announcement of the Saudi Green and Middle East Green initiatives came as welcome news to UN officials in a year that has been described by Secretary-General Antonio Guterres as “make it or break it” for the planet.

Unveiled by Crown Prince Mohammed bin Salman on April 3, the Saudi Green and Middle East Green initiatives are designed to reduce carbon emissions in the region by 60 percent through the use of clean hydrocarbon technologies and the planting of 50 billion trees, including 10 billion in the Kingdom.

Planners say it will help revive millions of hectares of deteriorated land, preserve marine and coastal environments, increase the proportion of natural reserves and protected land, improve the regulation of oil production, accelerate the transition to clean energy, and boost the amount of energy generated by renewables. 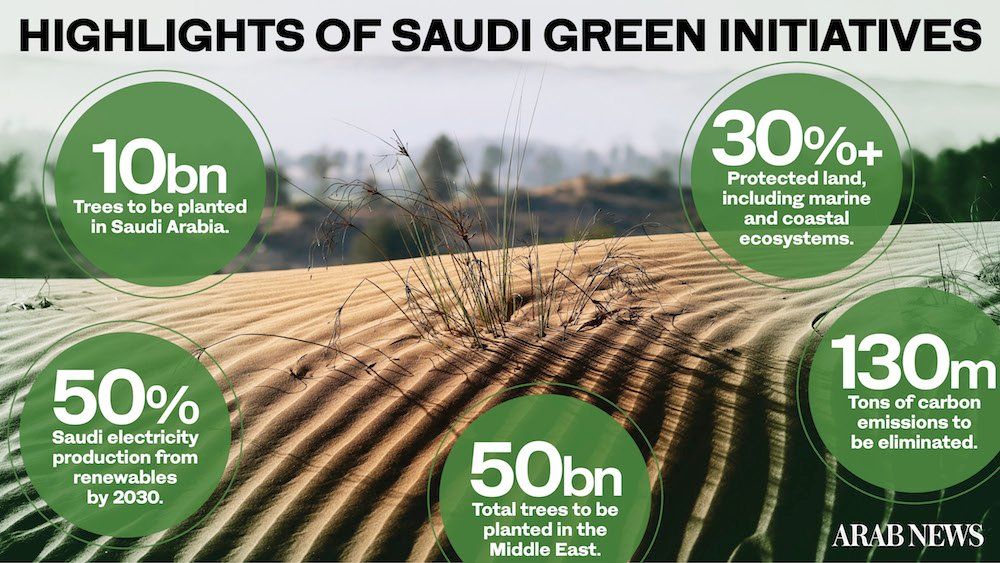 The initiatives come as the UN gears up for three major climate summits this year — considered by experts as the last chance for nations to “walk the talk” on their commitments to reducing carbon emissions and transitioning to clean energy.

The 26th UN Climate Change Conference (COP26) is set to convene in Glasgow, Scotland, in November to bring parties together  to accelerate action toward the goals of the Paris Agreement and the UN Framework Convention on Climate Change.

Before this, the High-Level Dialogue on Energy is due to take place in September to push forward implementation of the Paris Agreement — the first such global gathering under UN auspices since 1981.

The UN says the meeting presents a historic opportunity to raise ambitions and accelerate action toward the energy-related targets of the 17 Sustainable Development Goals (SDGs).

Finally, there is the 15th meeting of the Conference of the Parties to the Convention on Biological Diversity in October.

Its aim will be to reverse the loss of ecosystems and conserve biodiversity in a way that contributes to “the nutrition, food security and livelihoods of people, especially for the most vulnerable.”

“The Saudi Green Initiative and the Middle East Green Initiative can mark a new era in Saudi Arabia’s role for advancing green solutions locally, and in partnering globally and regionally to achieve the SDGs, the Paris Agreement on climate change and the post-2020 Global Biodiversity Framework,” Kishan Khoday, the United Nations Development Program (UNDP) coordinator for nature, climate and energy in the Arab world, told Arab News.

“The Saudi Green Initiative sets a strong vision of expanding solar solutions in the Kingdom. The ambitious vision of reaching 50 percent of power from renewables by 2030 is an important step toward rethinking development pathways beyond the conventional carbon economy. It’s an important signal in the evolution of oil-exporting economies toward green goals.”

The UNDP is today the UN’s largest implementer of grant assistance for environmental sustainability in the Arab world.

Its grant initiatives — dedicated for countries across the region to combat climate change, expand solar solutions, restore ecosystems and improve land and water security — amount to more than $500 million.

Khoday describes Saudi Arabia and the Arabian Peninsula as “global hotspots of climate risk,” where temperatures are rising faster than the global average and faster than other areas of the Middle East.

“The last decade has seen more frequent and severe climatic disasters, floods and storms in Saudi Arabia and the Gulf, impacting infrastructure, ecosystems and human security,” he said.

“The locust outbreaks in the Gulf and elsewhere in the broader region are one example of ways that climate change is disrupting communities and ecosystems.”

* 50bn - Total trees to be planted across the Middle East.

More extreme flooding events, and increasing heat and humidity, could deal a blow to economic vitality and infrastructure.

Although broadly optimistic, Khoday says reaching the Saudi Green Initiative’s goal of procuring 50 percent of the Kingdom’s power from renewables (up from less than 1 percent at present), as well as the afforestation target in a water-scarce region, will be quite a challenge.

“To achieve this level of transformational change, one priority will be to innovate at the policy level, to de-risk renewable energy investments from the private sector, and to establish institutional capacities to advance sustainable energy pathways,” he said.

“The envisaged afforestation drive in Saudi Arabia and the MENA region will also face many challenges, not least growing levels of water insecurity owing to climate change.”

Khoday added: “Rather than rely on high-carbon water-desalination processes, an opportunity exists to use nature-based solutions and select plant species that are best adapted to the dryland ecosystems of the region both today and into the future.

“An enhanced set of policies is needed to scale up private investments and partnerships on renewable energy, develop the capacity of national centers of excellence to catalyze new technology solutions, and build the local market ecosystem for renewable energy supply chains.

“Efforts should also build on past successes. For example, through the National Energy Efficiency Program, Saudi Arabia and the UNDP partnered over the past decade to scale up actions on energy efficiency, bringing together national agencies and leading companies to reduce energy intensity in key sectors.”

With regard to the Middle East Green Initiative, Khoday says its attempt to address the serious regional issue of land degradation and desertification is very important.

“Many communities in the region are dependent on local ecosystems for livelihoods, so afforestation and ecosystem restoration will be critical to achieving goals of climate resilience and sustainable use of biodiversity,” he said.

Although the MENA region has seen several successes in climate-change adaptation, low-carbon solar technology and nature-based solutions, it is still the world’s most water-scarce and food import-dependent region with the fastest rising temperatures.

Desertification continues to be one of the major environmental problems in the region, exacerbated by one of the world’s fastest-growing populations.

Changes in lifestyles and increasing food demand have led to overgrazing and overcultivation of land, overexploitation of water resources and widespread deforestation, which have collectively degraded soil quality.

He added that climate action, such as the two Saudi initiatives, is critical to preventing further escalation of crises in the Arab region and achieving goals of peace and security.

As climate change is proceeding at a relentless pace, its effects extend beyond the environment into the social and political realms. While it is rarely the primary cause of conflict, climate change can aggravate existing vulnerabilities.

Climate action is also key for “building back better from conflicts and the pandemic, through making recovery investments resilient to future climate risks, exploring debt-for-climate swaps and other mechanisms,” Khoday said.

As he pointed out, eco-friendly solutions have been rapidly climbing the policy agenda among Arab governments in recent years.

“In the decade 2008-18 following the last global economic crisis, for example, the region saw a 10-fold increase in renewable energy capacities,” Khoday said.

“Solar solutions became an important part of building back better from the last crisis, and they should again be prioritized as part of a green recovery from the pandemic and economic crisis facing the region today.

These were the details of the news Ramadan health awareness campaign launched in Jubail for this day. We hope that we have succeeded by giving you the full details and information. To follow all our news, you can subscribe to the alerts system or to one of our different systems to provide you with all that is new.