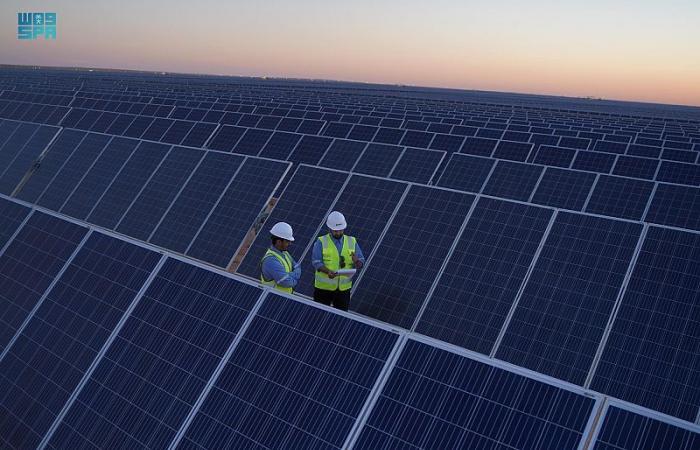 Jeddah - Yasmine El Tohamy - ALULA: Italian opera tenor Andrea Bocelli enchanted an audience in AlUla on Thursday in what is believed to be the first-ever performance within the walls of the ancient desert city.

In his third performance in the Kingdom, Bocelli serenaded a limited number of concert-goers at the heritage site due to social distancing measures, but the concert was no less mesmerising than his previous shows at Maraya Concert Hall as part of the Winter at Tantora Festival.

The biggest surprise of the evening was the tenor’s 9-year-old daughter Virginia Bocelli, making a Middle East debut with her father on the stage playing the guitar and singing the lyrics the iconic Leonard Cohen song “Hallelujah”.

The spectacular backdrop to the concert and the response of the audience left him eager to perform in other Saudi cities.

“It is rare to perceive such a strong empathy such as that experienced in your land,” Bocelli told Arab News.

“At each concert, I am amazed by the warmth with which I am welcomed, and I feel alive and privileged to witness the brotherly power of music,” he said.

Bocelli’s performance to fewer than 300 people is believed to be the first within the walls of the ancient desert city of Hegra.

Recalling his previous concerts in the Kingdom, the master tenor said that is happy to see how popular his music is among Saudis. “It is a nice surprise that keeps on increasing every time I return.”

Bocelli said that he has heard about the “refined culture of hospitality” that distinguishes Saudis, but experiencing it firsthand was overwhelming and “exceeded all expectations.”

The tenor shared a few tips for professional and aspiring Saudi opera singers, reminding them that a beautiful voice is only one of many “necessary ingredients.”

“It takes determination, frankness and discipline, but always proceeding with optimism and confidence in one’s passions,” he said.

Bocelli advised Saudi opera singers not to be intimidated by the challenges, but to “treasure any accidents along the way, and do not give up, do not stop believing in your potential.”

AlUla’s captivating beauty and serenity, and the welcoming nature of its locals were among many memories the musician said he will take home.

“I think of the splendor of the clear air that dominates your views. Having to choose one favorite thing about Saudi Arabia, I cannot fail to mention the enchanted place that is AlUla, a spectacular and magical witness to man’s quest for beauty.”

The master tenor delivered a stripped-back set with musicians from the Arabian Philharmonic, and special guests Loren Allred, Matteo Bocelli, soprano Francesca Maionchi and Eugene Kohn at the piano.

Hegra, built in the first century by the Nabataean kingdom, is an ancient desert city home to thousands of tombs cut into sandstone mountains. At least 100 tombs have elaborate carved facades, a signature of the skilled Nabataean craftsmen.

Bocelli performed against a backdrop of 20 carved tombs of Al-Khuraymat.

Archaeologists say the tombs are among the best preserved in Hegra, and feature elegant gynosphinxes (spirit guardians with women’s heads, lions’ bodies and wings) adorning the pediments.

These were the details of the news Saudi Arabia’s crown prince announces 7 solar projects as Sakaka plant opens for this day. We hope that we have succeeded by giving you the full details and information. To follow all our news, you can subscribe to the alerts system or to one of our different systems to provide you with all that is new.