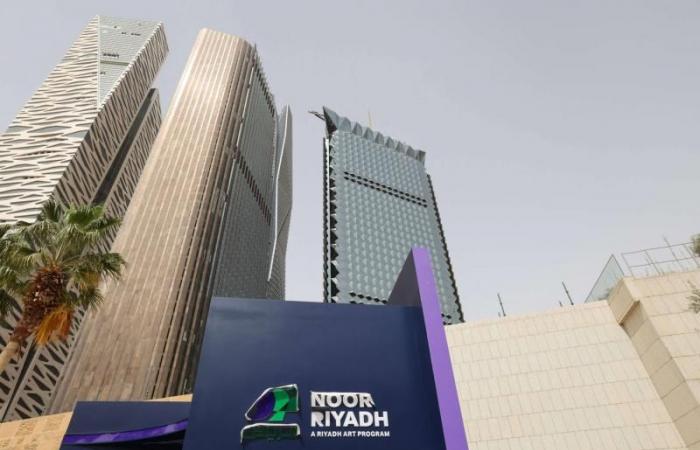 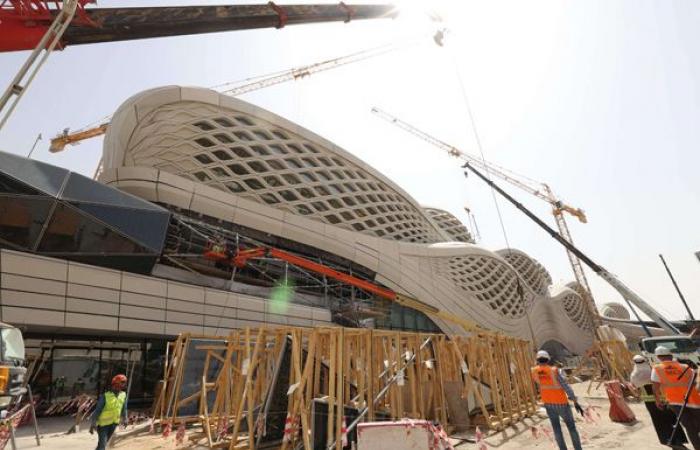 A view of the King Abdullah Financial District (KAFD) in the Saudi capital, Riyadh. (AFP)

RIAYDH--Dangling off sun-dappled skyscrapers, construction workers put finishing touches to a long-delayed financial district in Riyadh that is taking centre stage as competition heats up with Dubai to attract foreign firms.

The King Abdullah Financial District (KAFD), a multi-billion-dollar project announced in 2006, is gearing up to “launch” in the coming months, formally declaring itself open for business, multiple sources said.

The mammoth development in the heart of Riyadh is preparing to capitalise on a government ultimatum to foreign firms — those seeking state contracts in the biggest Arab economy must have their Middle East headquarters in the kingdom by 2024.

The ultimatum issued in February is seen as a direct challenge to Dubai,  a Gulf city that has long ruled as the region’s business hub,  and comes as Saudi Arabia scrambles for investment to diversify its oil-reliant economy.

Central to that effort is KAFD, a 1.6-million-square-metre (over 17-million-square-foot) development filled with glass skyscrapers, a tree-lined walkway designed to resemble a riverbed and a mosque shaped like a desert rose.

“It’s a sleeping giant getting ready to wake up,” a consultant close to the project said.

Billed as a special economic zone, the project is going all out to lure tenants.

KAFD will offer companies incentives, such as zero percent corporate tax for 50 years, a 10-year waiver from the state’s “Saudisation” policy to reserve jobs for Saudis and “preferential” treatment in government contracts.

The incentives shared confidentially with several companies are subject to change closer to the launch, consultants privy to internal discussions say.

A hunt for tenants

Long dismissed as a white elephant, the project has been beset by construction delays and cost overruns.

But after lying dormant for many years, construction cranes hovering over the site — which stands out in Riyadh’s relatively low-slung skyline — have been feverishly active in recent months.

On top of the undisclosed billions already spent on KAFD over the past decade, the kingdom’s Public Investment Fund signed construction contracts worth eight billion riyals ($2.13 billion) earlier this year, two sources close to the project said.

They said the PIF, which owns the project, expects to see “high demand” when it is ready.

Saudi Arabia is looking to bring up to 500 international companies to Riyadh after the February ultimatum, local media reported, with many expected to be based in KAFD.

By contrast, Dubai managed to attract around 140 headquarters in three decades, the highest in the Middle East.

Indian hotel startup Oyo and venture capital firm 500 Startups said they were setting up their regional headquarters in KAFD.

Meanwhile, some Saudi firms, such as banking giant Samba, have already begun operating from KAFD.

But finding long-term tenants to fill the massive project remains a struggle.

The push to get the project off the ground comes amid a slow pace of foreign investment, a struggle that last week prompted Prince Mohammed to press the largest local firms to cut their dividends and invest in the economy

“But if the choice is job or no job, people will go,” a Dubai-based finance executive said.

With a population of 34 million, Saudi Arabia offers the region’s biggest market and lucrative contracts in various megaprojects worth hundreds of billions of dollars.

“The new rule raises the stakes for the first. The jury is out for the second,” Blatteis said.

The kingdom is aggressively playing catch-up with Dubai in terms of lifestyle, allowing once-forbidden cinemas, concerts and sporting extravaganzas.

“When European executives are asked, ‘When are you moving your headquarters to Saudi?’ a common retort is, ‘When will you allow alcohol?’” a Gulf-based diplomat said.

“The Saudi response is, ‘It will gradually happen’.”

Saudi officials have publicly ruled out lifting its absolute ban on alcohol.

They also publicly play down talk of rivalry with Dubai. But in closed-door meetings with consultants, they are dismissive of the city.

“Dubai was built on our (Saudi) shortcomings,” one consultant said, citing a Saudi royal.

“Those days when executives could work in Saudi for five days and fly home to Dubai for the weekend are over.”

These were the details of the news Saudi financial district gears up for foreign firms for this day. We hope that we have succeeded by giving you the full details and information. To follow all our news, you can subscribe to the alerts system or to one of our different systems to provide you with all that is new.