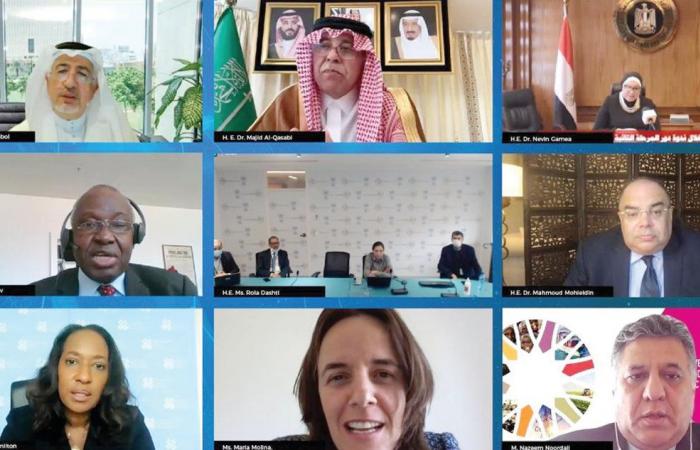 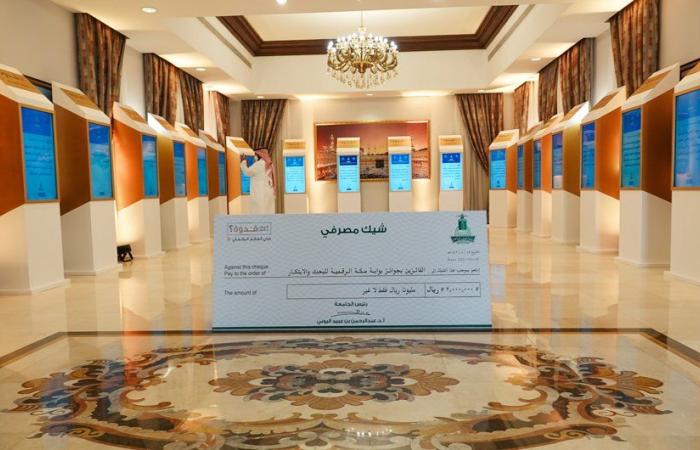 Jeddah - Yasmine El Tohamy - JEDDAH: Prince Khalid Al-Faisal, adviser to the Custodian of the Two Holy Mosques and the governor of Makkah hosted the KAUST Challenge Award Ceremony on Sunday.

The event aimed to bring in leading experts and solutions to turn the holy city of Makkah into a smart city, and implement smart solutions to accommodate and improve the Hajj and Umrah experiences for millions of people visiting from around the world.
Tony Chan, president of King Abdullah University of Science and Technology (KAUST) said science is being celebrated as a solution to ease pilgrims’ experiences.
“We are celebrating the use of science and technology, and creativity and entrepreneurship, to contribute to the Kingdom through Hajj and Umrah, to bring in innovation to solve difficult challenges,” Chan told Arab News.
He added: “This is a big responsibility for the Kingdom and we see KAUST as a university … to have this opportunity to contribute to these solutions.”
Experts discussed healthcare, transportation, and crowd control, with contestants displaying their project ideas and bringing solutions to ongoing issues.
Annually, over 2 million pilgrims arrive in Makkah to perform the once-in-a-lifetime pilgrimage.
Dr. Anis Koubaa, director of the robotics and Internet of Things lab at Prince Sultan University developed an artificial intelligence (AI)-based solution to decrease congestion and long queues that many pilgrims experience.
“The idea for this project came to me as I have suffered from the long delays at checkpoints when I perform Hajj … mainly because the process of checking authorized vehicles is manual,” Koubaa told Arab News.
This pushed him to think of automating this process to make life easier for pilgrims, using AI to automatically detect and recognize vehicles by their brand, model, generation, color and license plate.

• One of the main goals of Saudi Vision 2030 is to host 30 million pilgrims and Umrah visitors a year, which digitization of services will play an essential part in facilitating.

• Annually, over 2 million pilgrims arrive in Makkah to perform the once-in-a-lifetime pilgrimage.

“The idea was to leverage this AI-based vehicle identification to streamline the check-in process at the checkpoints in the ritual regions. Our solution is ready to deploy in the next Hajj season,” Koubaa added.
For his work, Koubaa won a prize of SR100,000 ($26,665) at the award ceremony.
He said digitization makes many day-to-day processes clear, transparent, human-independent, predictable and less prone to errors.
“In particular, for Hajj and Umrah it becomes a major necessity considering the huge number of pilgrims and the complexity of the management of the processes manually by humans,” he said.
Dr. Emad Felemban, who won the grand prize for crowd control worth SR1 million, told Arab News he and his team developed a highly focused centralized platform to manage and maintain all the resources used to monitor crowds during the Hajj season.
Felemban, of Umm Al-Qura University, stressed that winning the grand challenge is a major event not only to his team but to other entities willing to conduct research to elevate pilgrims’ experiences.
“It shows how the Saudi government is willing to support this digitization movement; it shows how the utilization of new technology is very important,” added Felemban.
One of the main goals of Saudi Vision 2030 is to host 30 million pilgrims and Umrah visitors a year, which digitization of services will play an essential part in facilitating.

These were the details of the news ITFC organizes talk on Aid for Trade Initiative for Arab States Program for this day. We hope that we have succeeded by giving you the full details and information. To follow all our news, you can subscribe to the alerts system or to one of our different systems to provide you with all that is new.