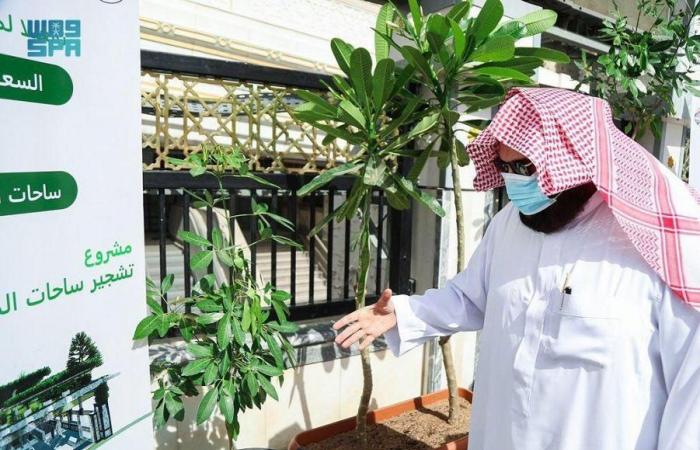 Jeddah - Yasmine El Tohamy - RIYADH: Foreign Minister Prince Faisal bin Farhan said new green initiatives affirm Saudi Arabia’s leading international role in combating climate change and protecting the planet.
Prince Faisal bin Farhan made the comments following a phone call with his Pakistani counterpart Shah Mahmood Qureshi on Sunday.
Crown Prince Mohammed bin Salman announced the Saudi Green Initiative and the Middle East Green Initiative on Saturday, which aim to reduce carbon emissions in the region by 60 percent and tackle deforestation, among other plans.
“The crown prince’s announcement . . . comes in line with the Kingdom’s Vision 2030 toward comprehensive and sustainable development, while preserving the environment locally and globally,” he said in a tweet.
During the call, both sides discussed bilateral relations between the two countries and opportunities for strengthening them in various fields, the Kingdom’s foreign ministry said.
They also reviewed the latest regional and international developments.
Qureshi praised the steps taken by the Kingdom’s leadership in resolving differences among Gulf countries, as well as the new peace initiative to end the crisis in Yemen.

“The foreign minister underscored Pakistan’s continued support for Saudi efforts aimed at promoting peace, security and prosperity in the region. He also reiterated Pakistan’s support for the Kingdom’s territorial integrity and sovereignty,” Pakistan’s foreign ministry said.
Following the meeting, Qureshi said that it was “good to speak to Prince Faisal bin Farhan and connect on matters of mutual interest.”
He also said his country lauded the crown prince’s green initiatives that focus on tackling climate change, which is “a global issue of key priority for Prime Minister Imran Khan and Pakistan.”
The Saudi minister lauded “Khan’s ground-breaking measures already taken in Pakistan, in the same arena.”

These were the details of the news Tree planting initiative launched in areas surrounding Makkah’s Grand Mosque for this day. We hope that we have succeeded by giving you the full details and information. To follow all our news, you can subscribe to the alerts system or to one of our different systems to provide you with all that is new.