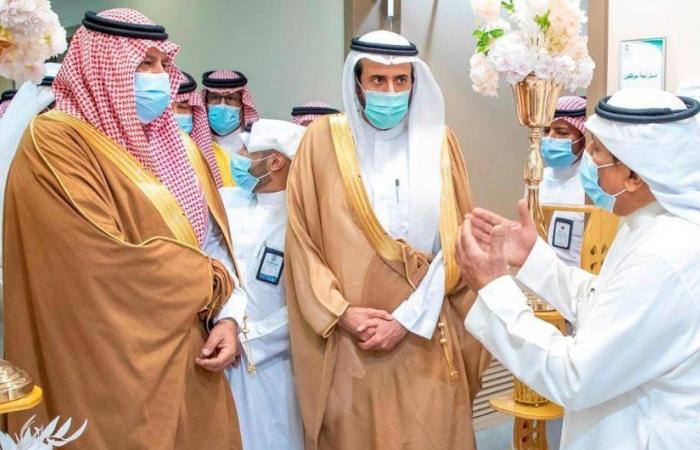 The festival, which was launched for the first time, will be an annual celebration, attracting international and local artists to display their creativity throughout the capital, said Khalid Al-Zamil, director of the Riyadh Art Project.

“Riyadh will become a destination to display the latest creations by international artists,” he said, adding that the exhibition targets all segments of society, and strict anti-COVID-19 precautionary measures have been applied.

“The Noor Riyadh festival will continue for 17 days, and the art work from the ‘Noor ala Noor’ (light on light) exhibition will be displayed for three months to ensure people are able to see it and enjoy the international artworks,” Al-Zamil added.

Hosam Alqurashi, adviser with the Royal Commission of Riyadh City, said the festival is celebrating light in different ways and organizers said they were very proud of the this year’s theme of “Under One Sky,” which is happening at a time when social distancing is keeping everyone apart.
It is the first program to be launched by the Riyadh Art project, which is one of the four megaprojects inaugurated by King Salman in 2019 as an initiative by the Crown Prince Mohammed bin Salman.
“Riyadh Art aims to turn the city into a gallery without walls by infusing art with the social fabric of the capital,” Alqurashi told Arab News.
Riyadh Art has more than 12 programs that are going to be launched over the next couple of years, including erecting more than one thousand artworks in different parts of the city, “ranging from artworks as big as mountains and as small as little symbolic pieces of art that you’ll see in public places.”
One of the main objectives of Riyadh Art is to discover, nurture, and promote local Saudi talent so they can eventually export Saudi art to the world, Alqurashi said.
He added that the project will benefit the city on so many different fronts, including building a creative economy that is going to attract companies, investments, and sponsors that are interested in investing in the art sector.
“This is going to generate thousands of jobs and many volunteering opportunities for young Saudis to participate in events like this,” he said, adding that they are also going to spend a lot of time and effort on citizen engagement programs.
“There is nothing more than art to really bring the world together,” Alqurashi said.

Susan Davidson, curator of the festival’s “Light Upon Light: Light Art since the 1960s” exhibition, said the Noor Riyadh festival is both a citywide festival with more than 33 installations, but an exhibition that brings together 30 international and Saudi artists.

She said this is the very first time that this is happening in Saudi Arabia so it is “really a premiere moment for the Kingdom.”

Davidson said the Light upon Light exhibition will feature light art since the 1960s and is organized into four sections, bringing together artists from around the world.

“A number of young Saudi artists have been commissioned to make pieces for the exhibition and they are seen in relation to international artists,” she said.

“I am really pleased with the way the exhibition has turned out … you have a moment to move from one work to another and to begin to understand the relationships between various artists, as well as the differences in how they handle the medium of light.”

Meanwhile, Belgian artist Koert Vermeulen’s Star in Motion illuminated the Riyadh skies as it shined bright from atop the Kingdom Tower in the heart of the capital, “while subconsciously underscoring the festival’s theme, Under One Sky,” Riyadh Art said.

Vermeulen said the artwork is a body weighing over five tons suspended at a height of 265 meters, and represented the connection between man and the sky in a specific way.

He also said the star moves at the strike of every hour for one minute, representing the birth and death of the star — its life cycle — which begins with a big explosion, then goes through many changes and transformations, and eventually burns out.

Vermeulen said there were a few technical and engineering challenges involved in getting the art piece into place, but with a large team they were able to position it in the middle of the gap in the tower.

“The artwork establishes a powerful link between the city, lit up by light installations, the night sky above it, and the whole world, standing out as a brilliant beacon of hope and celebration for Noor Riyadh 2021,” Riyadh Art added.

Vermeulen, who said he has visited the Kingdom several times but the first time he participates in an art exhibition, praised the effectiveness, organization and high quality of the festival that attracted many international artists.

These were the details of the news Governor of Saudi Arabia's Hail region inaugurates series of health projects for this day. We hope that we have succeeded by giving you the full details and information. To follow all our news, you can subscribe to the alerts system or to one of our different systems to provide you with all that is new. 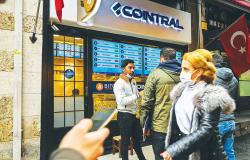 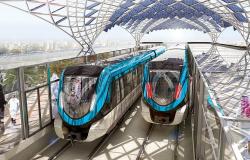 France’s Alstom on track to expand presence in Saudi Arabia 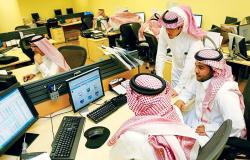 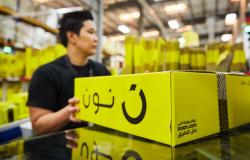