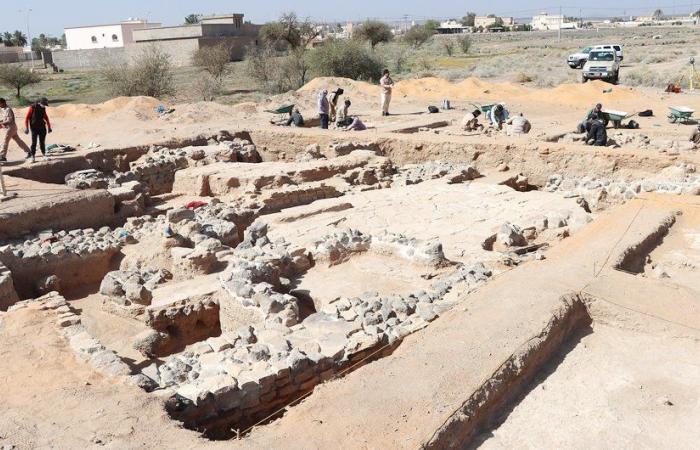 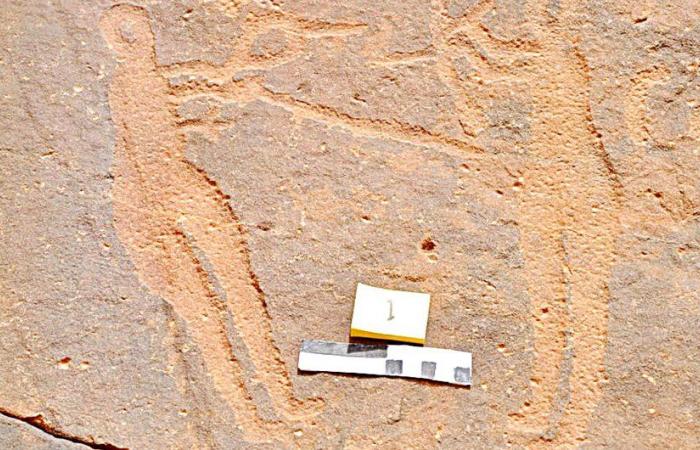 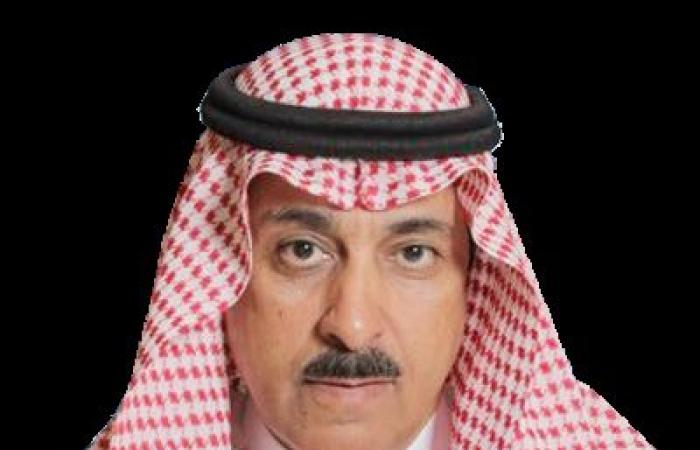 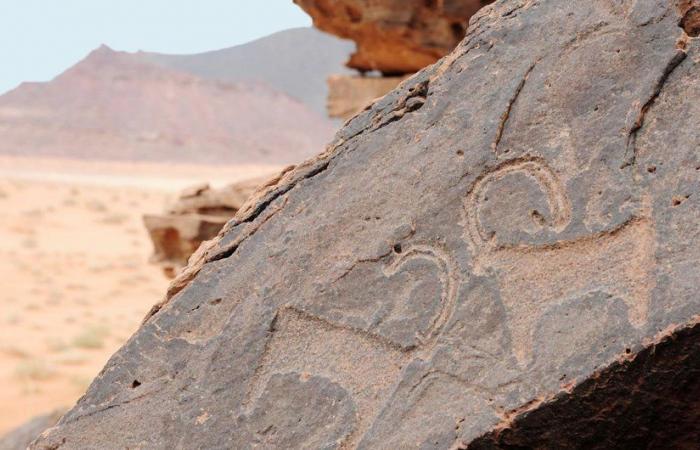 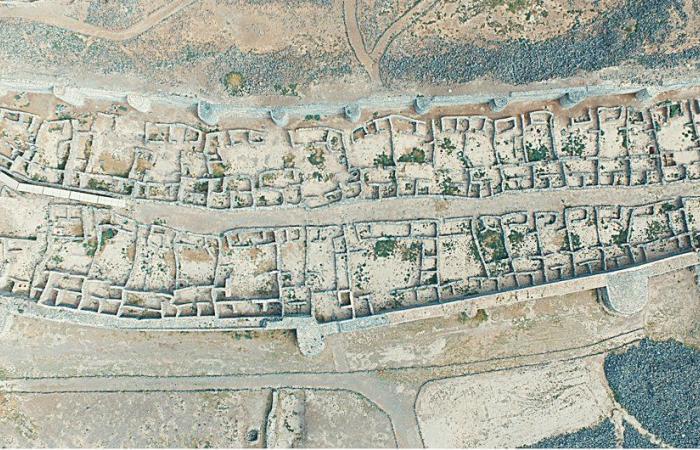 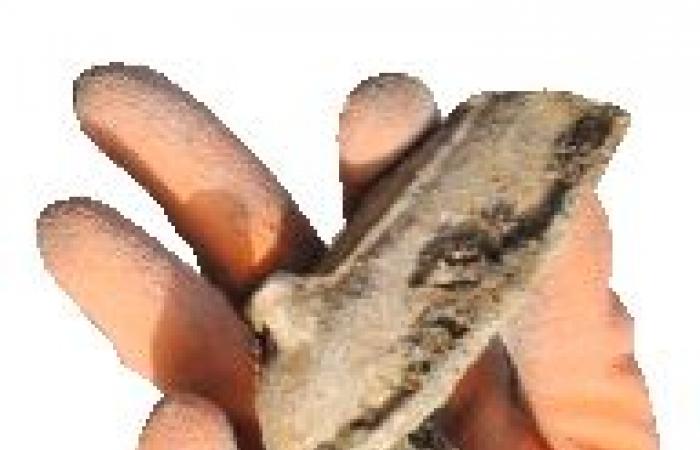 Jeddah - Yasmine El Tohamy - RIYADH: With some of Saudi Arabia’s hidden history still waiting to be discovered underneath the sands, the secrets of one ancient trail are being uncovered with help from archaeologists, one rock at a time.

The Zubaida Trail, also known as the Kufi pilgrimage route, is a historic trail that stretches more than 1,600 km from Kufa in Iraq to Makkah. The ancient path was once a common trade route in the pre-Islamic era and was later used by worshippers following the spread of Islam.
Recently, a series of excavation sites have been built on the trail, specifically in the Hail region. Archaeologists are set to uncover the elaborately engineered route that once served thousands of pilgrims each year.
The Saudi Ministry of Tourism recently gave the green light for archaeologists from the University of Hail, along with several foreign experts, to begin exploration and excavation on sites in Fayd and Al-Bayyaith.

Dr. Khalil Al-Ibrahim, rector of the University of Hail, told Arab News that the Department of Tourism and Archeology at the university had signed several agreements with the Ministry of Tourism to explore the untapped archaeological sites in the region.
“Many of the Islamic cities and archaeological sites on the Zubaida Trail in Hail have not been explored and excavated. There is an abundance of information and archaeological remains hidden underneath the area,” said Al-Ibrahim. “Different archaeological sites, including heritage cities, were discovered in the past, in addition to rock engravings that date back 10,000 years, burial mounds, wells, rock statues, pottery, glass, minerals and currencies.”
Initial explorations and surveys were recently undertaken in Hail in collaboration with the Hail Region Heritage and Tourism Office, which represents the ministry. The university’s department is now working with its counterpart at King Saud University on excavation work in the ancient city of Fayd.

Named after Zubaida bint Jafar Al-Mansour, the wife of Abbasid Ruler Haroun Al-Rasheed. The Zubaida Trail runs from Kufa, Iraq to Makkah, and was one of the key routes for Hajj pilgrims and traders during the Abbasid dynasty. Caliphs at the time constructed water tanks, wells and minarets along the trail, eventually expanding the route for pilgrims and travelers.

Senior students at both departments are also receiving training at the sites, Al-Ibrahim said. Several foreign archaeologists, including Australians, have expressed a desire to work on the sites in Hail, he added.

Al-Ibrahim said that the Saudi government has attached great importance to archaeology, and has revamped the Kingdom’s heritage law and preservation programs to save ancient sites.
Hail boasts important archaeological sites that date back to different historical periods, including the pre-Islamic age, with ancient tools, structures, burial mounds and engravings belonging to the Thamud civilization being discovered, he added. 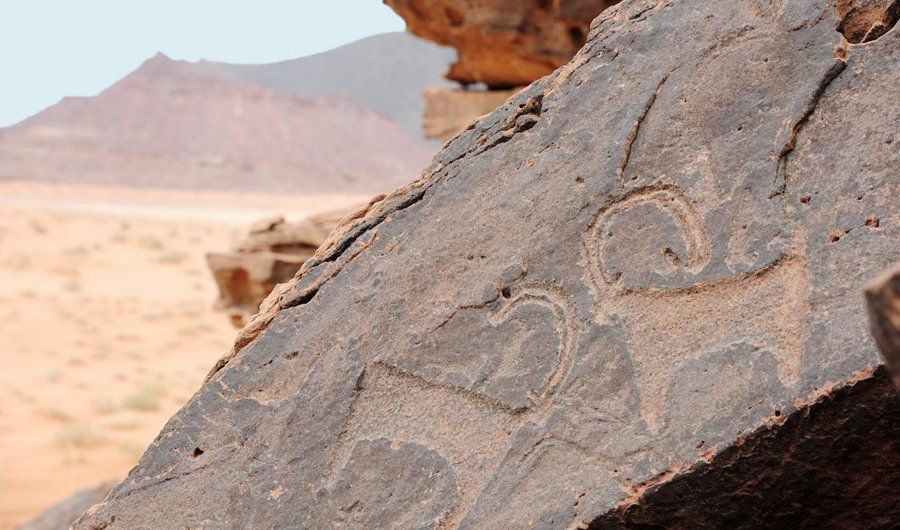 “I don’t exaggerate when I say that Hail’s archaeology is more unique and different than that which is found in other regions of the Kingdom, especially rock engravings, which are abundant and copious in Hail, and are similar to museums that give you a peek into ancient history. Some of the sites were registered with UNESCO, such as Jubbah and Al-Shuwaymis, which are replete with rock engravings,” Al-Ibrahim said.
The university’s archaeology department has conducted excavations on rock engravings in the area, and uncovered work that dates back to the Bronze Age. The discovery is thought to be the first of its kind in the Arabian Peninsula.
Though excavation work on Fayd is in its eighth year, university archaeologists recently received state-of-the-art equipment and a laboratory to continue exploring, analyzing engravings and conducting research in greater detail. 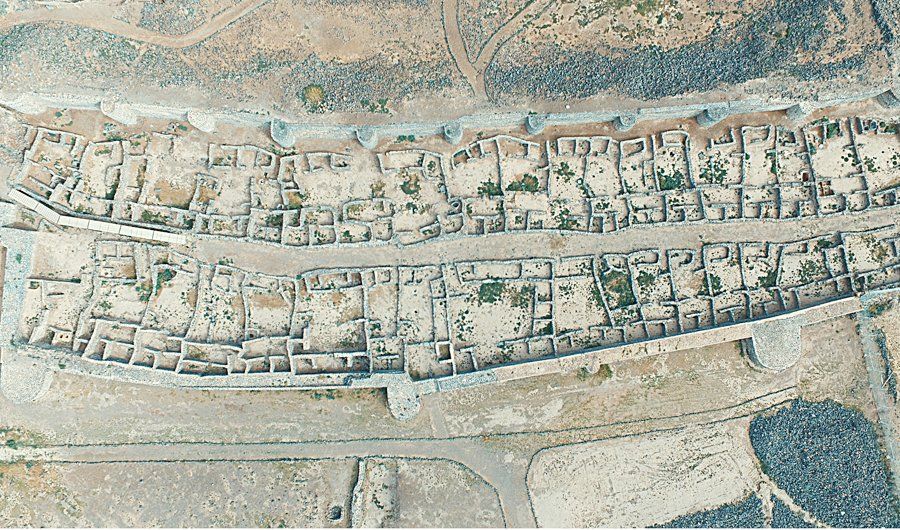 The Saudi government has also set up archaeological research centers, and drafted laws to facilitate the work of foreign experts in the Kingdom. More than 20 foreign projects are now working in Saudi Arabia to uncover the Kingdom’s rich history.
Al-Ibrahim, who earned his Ph.D. from Durham University in the UK, said: “Archaeology requires a collective effort and working with foreign archaeology missions because it brings academic benefits to students and professors alike, helping them hone their skills.

“The University of Hail is keen on giving students a chance to work with foreign archaeology missions. The department will sign soon a collaboration agreement with the Australian archaeology mission for this purpose.”
“One of the requirements for graduation is having experience in archaeology excavations and exploration. That is why the department sends students for training for a full semester at Fayd, where they get to know about surveying, restoration, writing reports, and other skills under the supervision of experts that are well versed in ancient and Islamic archaeology.
“The university also allows students to take part in training courses offered by foreign missions on exploration and excavation.”

These were the details of the news Saudi experts set to uncover secrets of ancient trail to Makkah for this day. We hope that we have succeeded by giving you the full details and information. To follow all our news, you can subscribe to the alerts system or to one of our different systems to provide you with all that is new.