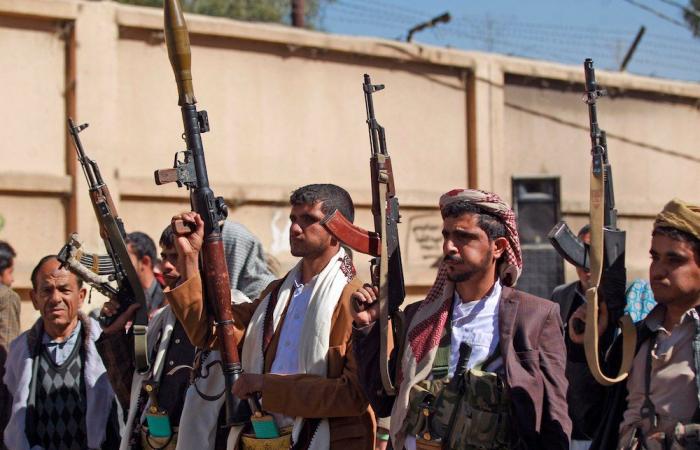 Jeddah - Yasmine El Tohamy - LONDON: Western governments condemned on Thursday attacks by the Iran-backed Houthi militia against Saudi Arabia and their offensive in Yemen’s Marib province.
The US, along with France, Germany, Italy and the UK issued a strongly worded statement saying the Houthis actions were threatening peace efforts and causing further humanitarian suffering.
“We, the governments of France, Germany, Italy, the United Kingdom, and the United States of America, condemn the sustained Houthi offensive on the Yemeni city of Marib and the major escalation of attacks the Houthis have conducted and claimed against Saudi Arabia,” the statement said.
The Houthis have stepped up cross-border attacks on the Kingdom in recent weeks, targeting civilian areas in the south.
“We reiterate our firm commitment to the security and integrity of Saudi territory, and to restoring stability and calm along the Saudi/Yemeni border,” the statement said.

The Houthi militia also last month launched an offensive to take control of the oil-rich province of Marib, which has been a haven for internally displaced Yemenis since the war began six years ago.
“Their determined attack on Marib is worsening an already dire humanitarian crisis,” the statement added.
The European countries and the US said their “renewed diplomatic efforts to end the conflict in Yemen, in support of the UN Special Envoy (Martin Griffiths), with the support of Saudi Arabia, Oman, and the international community, offer the best hope for ending this war.”
They urged the Iran-backed Houthis to seize this opportunity for peace and end the ongoing escalation.
“We reaffirm our strong support for a swift resolution of the Yemeni conflict, which will bring much-needed stability to the region and immediate benefit to the people of Yemen,” the statement said.
US Secretary of State Anthony Blinken called on all parties to engage in diplomatic efforts through Griffiths’s efforts to bring peace to Yemen.

US special envoy for Yemen Tim Lenderking has just returned from a tour of the Gulf and Jordan that was fully coordinated with the UN.
Meanwhile, Yemen’s Foreign Minister Ahmed Awad bin Mubarak called for more pressure on the Houthis to reach a political settlement to end the war and the suffering of the Yemeni people.
In a call with UK ambassador to Yemen Michael Aron, the minister discussed the negative role of the Iranian regime in destabilizing the security and stability of the region and supporting the Houthi militia with weapons and technology to prolong the war, Yemen’s Saba news agency reported.
Aron said the UK would continue to exert efforts to help reach a political settlement and bring peace to the country. He renewed Britain’s support for the unity, security and stability of Yemen.

These were the details of the news US and Europe condemn Houthi attacks on Saudi Arabia and Yemen’s Marib for this day. We hope that we have succeeded by giving you the full details and information. To follow all our news, you can subscribe to the alerts system or to one of our different systems to provide you with all that is new.