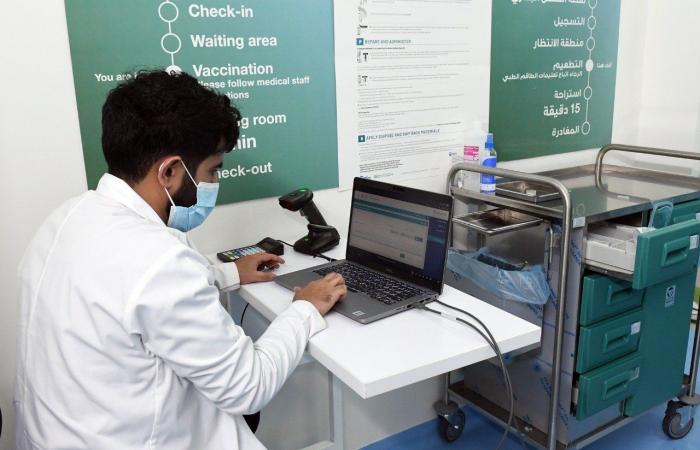 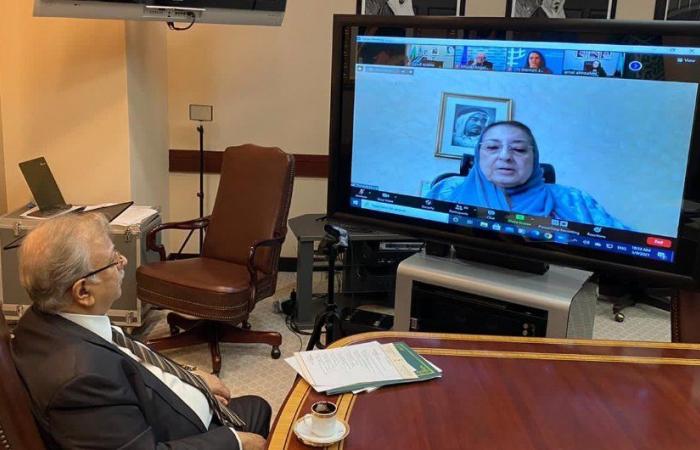 Jeddah - Yasmine El Tohamy - NEW YORK: When Thoraya Obaid celebrated her 76th birthday a few days ago, it occurred to her that she is only 13 years younger than her country.
“It was on Sep. 23, 1932 that a royal decree by King Abdul Aziz established the modern nation-state of the Kingdom of Saudi Arabia,” she told a high-level meeting at the UN in New York on Tuesday. “And so my story (is) also the story of my country.”
The virtual meeting was convened by the Kingdom’s permanent representative to the UN, Abdallah Al-Mouallimi, to commemorate International Women’s Day, and also celebrate the ongoing reforms in Saudi Arabia that are empowering women and ensuring they have a say in the future of their nation.
“I often jokingly call myself ‘the dinosaur in the room’ because I belong to the pre-oil generation that experienced a very different context, which opened the public space for women gradually but surely,” Obaid said.
She opened some of the doors to that public space herself. In 2001, for example, she became the first Saudi to head a UN agency when she was appointed UN under-secretary-general and head of the organization’s Population Fund (UNFPA). She was previously director of division for Arab states and Europe with the same agency.
A pioneer in women’s rights, in 1975 Obaid established the first women’s development program in Western Asia, helping to create partnerships between the UN and regional non-governmental organizations to address issues affecting women.
For the next 35 years she held key positions at the UN Economic and Social Commission for West Asia (ESCWA), where she was chief of the social affairs office responsible for advancing women’s rights, and the League of Arab States, where she helped devise strategies for social development. In addition she was chair of the UN Task Force on Gender in Amman, and a member of the same task force’s mission in Afghanistan.
Obaid was also one of 30 Saudi women appointed in 2013 as members of the Kingdom’s Shoura Council, which until then had been all-male.
Speaking to the UN event by video link, Obaid said that the start of her work at ESCWA in 1975 coincided with the first time that the UN celebrated International Women’s Day. This offered her the chance “to serve women in various contexts of marginalization, violence, wars, conflicts and exclusion. It opened my eyes to a world crying for justice and empowerment.”
Drawing parallels between her own journey and that of her country, she described her own evolution, and that of Saudi women in general, as “determined, selective, and yes, gradual” in terms of daring to challenge the status quo.

“Education for girls was officially institutionalized in 1961,” she said. “But if we close our eyes and imagine little girls going to school 60 years ago and then fast forward to where they are now, it certainly was a very rapid evolution, with its ups and downs, difficulties, challenges and successes — as any fast change would have its impact.”
Obaid’s education began much earlier. She spoke of the important role her father played in this. In September 1951, just 19 years after the founding of his nation, he dreamed of contributing to its growth. Challenging the status quo, he decided to send his daughter to boarding school in Egypt before she was 7 years old. When she turned 17, he supported her dream of studying in the US “in spite of much social pressure he encountered.”
“When our fathers, supported by our mothers, saw education as key to the empowerment of their daughters, it was not in response to the Universal Declaration of Human Rights at that time,” said Obaid. “Rather, it was a response to the first word that was received by the Prophet Muhammad, peace be upon him, the very first word in the Quran: ‘Read, in the name of God.’
“And it was this heavenly order that made our fathers and our rulers dare to challenge the status quo and venture with their daughters into a new world where, like their brothers, they also have the right to education.”
In addition to her father and her husband, she said the belief three other men had in her made a huge difference to her life and to her country.
They were “King Faisal, who gave me the first scholarship for a Saudi woman to study in the US, in 1962; King Abdullah, who nominated me in 2000 for the post of executive director of UNFPA; and (former UN Secretary-General) Kofi Annan, who selected me because he saw that I could bring a new perspective into UNFPA on culture, gender and human rights.”
She added: “When men support women, the sky is the limit for everyone. Together men and women can move mountains to achieve (justice) and equality.”
Although the evolution of the role of women in the Kingdom has been gradual, and has sometimes faced challenges from Saudi society, Obaid said that the latest phase of this evolution, led by King Salman and Crown Prince Mohammed bin Salman, has been the fastest by far.
“From allowing women to drive to eliminating the guardianship requirements, it is as if the country is running a race to join the world again, and to dare to challenge itself to be an active part of the powerful new world of the G20,” she added.
Obaid singled out the crown prince’s efforts to reform the Saudi legal system as the most important aspect of this, and said that once completed this “will make a true difference in empowering women, and all citizens, in a new national context of justice, equality, and clear set of rights.”
Quoting the crown prince, she said the legal reforms will “safeguard rights, solidify principles of justice, transparency, the protection of human rights, achieve comprehensive development, (and) strengthen the global competitiveness of the Kingdom through references that are institutional, procedural, objective, clear and specific.”
In conclusion, she said: “Gender equality is about social justice and human rights, and it is the primary responsibility of governments, as the primary duty bearers, to take quick, determined and cohesive action.”

These were the details of the news Saudi Arabia announces 6 more COVID-19 deaths for this day. We hope that we have succeeded by giving you the full details and information. To follow all our news, you can subscribe to the alerts system or to one of our different systems to provide you with all that is new. 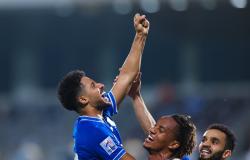 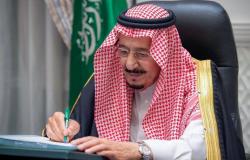 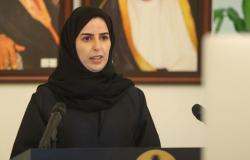 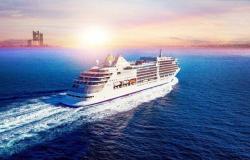