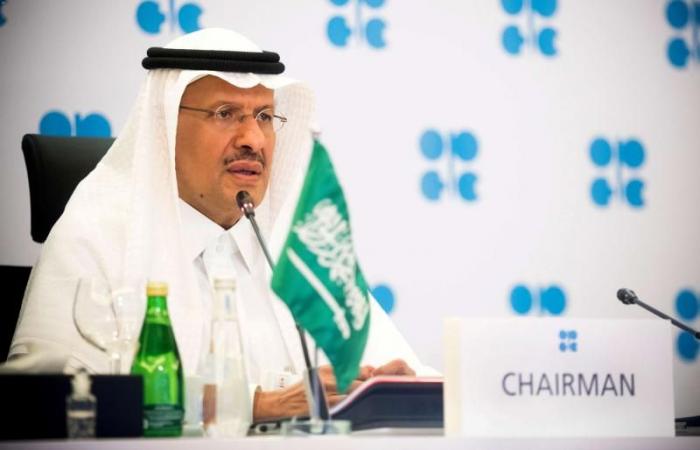 We show you our most important and recent visitors news details Saudi Arabia doubts oil recovery, keeps taps tight in the following article

Hind Al Soulia - Riyadh - Restrictions on movement destroyed up to a fifth of oil demand last year and led OPEC and its allies – known as OPEC+ – to make record output cuts.

LONDON--This week’s surprise decision by Saudi Arabia and other top oil producers to broadly stick with output cuts despite rising crude prices was influenced by events in an unexpected place – Italy.

About a year after the country’s financial heart became one of the first European cities to enter a lockdown to curb the spread of COVID-19, Milan is again facing restrictions.

“Take a look at what is happening in Milan today,” Saudi energy minister Prince Abdulaziz bin Salman Al-Saud told a news conference on Thursday after a meeting of OPEC and its allies.

“These things, they don’t keep you at ease with the idea of venturing, leaping into an unknown future,” he added.

Restrictions on movement destroyed up to a fifth of oil demand last year and led OPEC and its allies – known as OPEC+ – to make record output cuts.

And while global oil futures are back where they were before the pandemic – which for many pundits and investors heralded more production from OPEC+ – the recovery in fuel demand has been tepid as global travel remains subdued.

Russia which had publicly called for higher output was allowed to hike production slightly, along with Kazakhstan. Countries such as Iraq and the United Arab Emirates, which at previous meetings had favoured production hikes, did not raise any objections this time, sources close to the matter said.

“Overall this was the most bullish outcome we could have expected,” JP Morgan said.

The bank, like many others, was expecting OPEC+ to raise output. It revised its 2021 Brent crude price forecast $3 a barrel higher to $67, and said it saw inventories in OECD countries coming in line with the latest 5-year average in June.

Goldman Sachs raised its Brent forecast for the second and third quarters by $5 a barrel to $75 and $80, respectively.

OPEC’s internal forecasts suggested the oil market could absorb an additional 1.4 million bpd of OPEC+ production from March to April, and still see a reduction in inventories this year.

But the Saudi minister chose to err on the side of caution, despite higher projected crude demand from OPEC’s own analysts, and dismissed signs of a stronger market, such as forecasts for a rapid economic recovery.

“I will believe it when I see it,” he said on several occasions during an hour-long press conference.

He cautioned that analysts had been wrong before.

“We are in a crisis-mode and if anybody wants to be daring, he can. I’m not,” he said.

Oil producers have a window into the future, making them something of a leading indicator, in that their customers have to order cargoes a few months out.

So right now, refiners are lining up their May cargoes, and Saudi Arabia is getting a sense of what customers worldwide think demand will look like at the beginning of the northern hemisphere summer driving season – typically the period of peak annual demand.

Prince Abdulaziz left spectators with a message that predicting future policy of the kingdom and OPEC+ would not be easy.

While he said that bringing down excess oil inventories in industrialised nations and monitoring transport data were metrics that would inform future decisions, he was not willing divulge any other factors.

OECD oil stocks in December were around 140 million barrels above the latest 5-year average, the latest OPEC data shows.

The IMF projects Saudi Arabia’s fiscal breakeven oil price for 2021 at about $68 a barrel, down from about $78 a barrel in 2020. Brent crude is currently trading around $69 a barrel.

The OPEC+ decision, which led to a 9% spike in oil prices, has so far not elicited any major reaction from Washington.

White House Press Secretary Jen Psaki made no direct comment when asked on Thursday, and instead said the United States was focused on helping Americans with an economic stimulus package.

These were the details of the news Saudi Arabia doubts oil recovery, keeps taps tight for this day. We hope that we have succeeded by giving you the full details and information. To follow all our news, you can subscribe to the alerts system or to one of our different systems to provide you with all that is new.