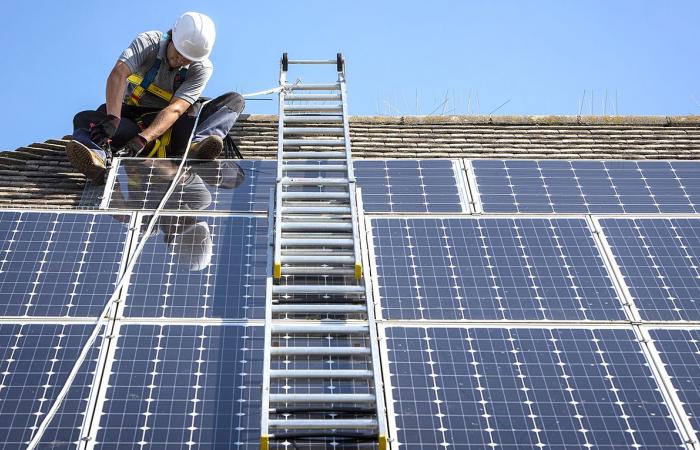 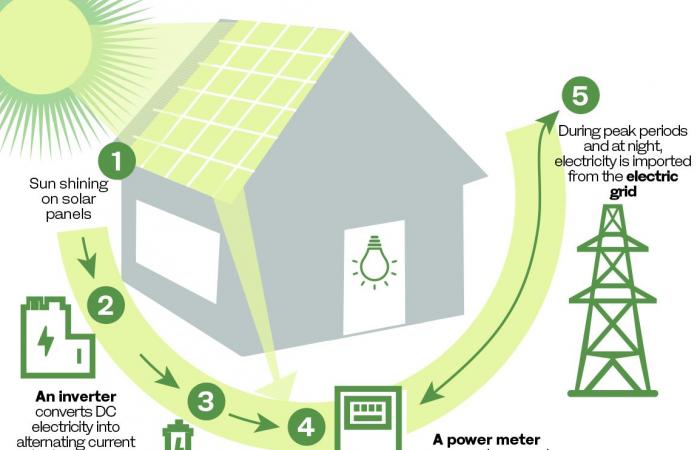 Jeddah - Yasmine El Tohamy - JEDDAH: With sunlight lasting approximately nine hours a day in Saudi Arabia, properties in the Kingdom have been given the green light to install solar panels as an alternative form of electricity generation.

The Ministry of Municipal and Rural Affairs and Housing announced this week that it began to implement the safety requirements necessary to install solar energy cells in residential buildings and facilities.

Participating entities in this project include the Ministry of Energy; the Electricity and Co-Generation Regulatory Authority; the Ministry of Commerce and Investment; the King Abdullah City for Atomic and Renewable Energy; and the Saudi Standards, Metrology and Quality Organization.

This follows the Saudi Ministry of Energy’s announcement that small-scale solar photovoltaic (PV) systems — one or more solar panels combined with an inverter and other electrical hardware — are ready to produce electricity for consumers’ houses and enterprises, which are to be later connected to the Kingdom’s electrical grid.

Saudi Arabia’s vast and arid regions are considered a great hub for solar potential. Rich in sunlight and gas, the Kingdom is moving toward diversifying its domestic power supply, and companies such as Saudi Aramco have been using PV panels as a renewable energy source since the 1980s.

Some of the benefits of using PV systems are that they are environmentally friendly; efficient, as solar energy can be made available almost anywhere there is sunlight; cost-effective; low-maintenance; and silent.

PV systems represent a step forward in addressing the issue of climate change. To this end, Saudi Arabia has been promoting the concept of a circular carbon economy, a topic widely and repeatedly discussed during the Kingdom’s presidency of the 2020 G20. 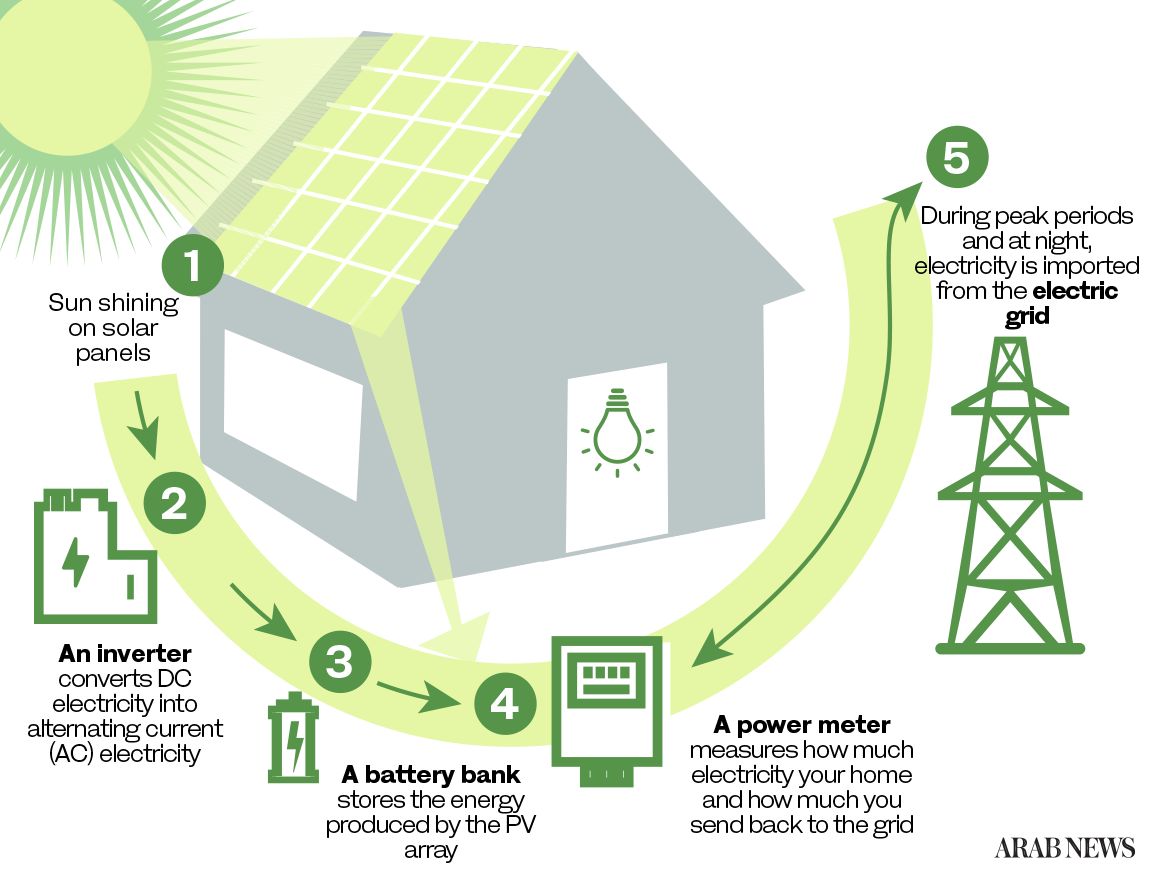 The ministry pointed out that all service users should be aware of these requirements, including inspectors, contractors, designers, engineering and consulting offices, and beneficiaries of the system.

Before receiving the green light to install PV systems on office buildings or residential structures, the relevant authority will review related documents and plans and examine the building’s construction.

“Our buildings have good rooftop spaces, which makes them suitable to install these systems, compared to houses in other regions in the world, like Europe, for example,” said Al-Ghamdi.

“However, since PV systems usually cover large areas, residential buildings can definitely benefit from this energy but cannot be dependent on it completely,” he added.

PV systems are thus best used in large buildings, like malls, and across vast areas, like car parking fields, he suggested. As for the cost-efficiency of solar energy, Al-Ghamdi explained that it is a relative matter. “In general, the energy generated by the electric wire is more affordable inside cities, but for remote areas, PV energy is more economical.”

Rich in sunlight and gas, the Kingdom is moving toward diversifying its domestic power supply.

The cost of solar energy systems decreases while efficiency increases at an approximate rate of 20 to 30 percent on an annual basis, according to Al-Ghamdi.

During the 11th session of the General Assembly of the International Renewable Energy Agency earlier in January, King Abdullah City for Atomic and Renewable Energy President Khalid Al-Sultan said that Saudi Arabia aims to generate 50 percent of the nation’s power needs using renewable energy by 2030, with the remainder provided by gas.

Al-Sultan said the Kingdom is working to create a sustainable renewable energy sector that includes industries, services, the localization of technologies and the development of human resources.

“Saudi Arabia is heading in the right direction when it comes to renewable, clean energy and saving the environment,” said Al-Ghamdi. “It can play a pioneering role in this field.”

Al-Ghamdi highlighted the recently announced high-tech, environmentally friendly city, The Line, to be located in NEOM, as the best example of applied clean energy.

These were the details of the news Saudi properties receive green light to use solar panels for this day. We hope that we have succeeded by giving you the full details and information. To follow all our news, you can subscribe to the alerts system or to one of our different systems to provide you with all that is new.