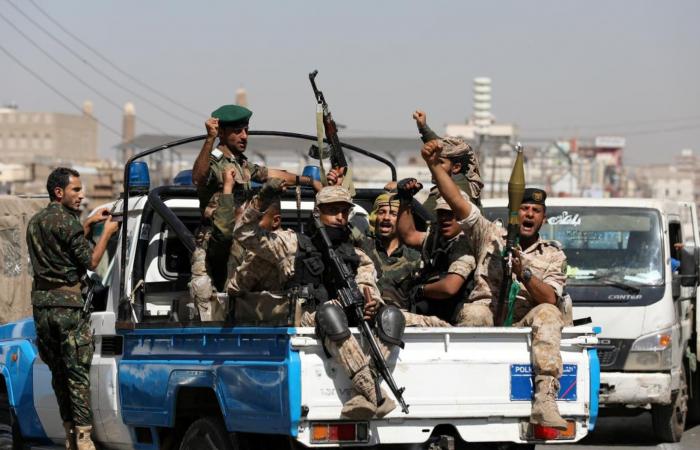 Mohamed Nass - Cairo - The Egyptian Foreign Ministry on Sunday evening condemned the Houthi militia’s armed drone attacks against Saudi Arabia, the latest of which came that morning, just a day after the United States agreed to take the group off its terrorism list.

The armed drones were all intercepted and destroyed by the Joint Forces of the Coalition to Restore Legitimacy in Yemen, according to the Saudi Press Agency.

In a statement on Sunday, Egypt expressed its complete disapproval of such “despicable terrorist acts that pose a threat to regional security and stability, and violate the rules of international and humanitarian law.”

Egypt affirmed its support for the measures Saudi Arabia has employed to counteract Houthi “hostilities” and preserve its security, sovereignty, and territorial integrity.

Yemen’s civil war took a turn for the worse in 2015 when the Saudi-led coalition intervened to restore Yemen’s formerly-ousted government.

The Houthis, who took power in 2014 in Sanaa, claim they are fighting corruption. Attacks from both sides have escalated since a coronavirus truce expired in June.

IMAGE: Houthi troops ride on the back of a police patrol truck after participating in a Houthi gathering in Sanaa, Yemen February 19, 2020. REUTERS/Khaled Abdullah/File Photo

These were the details of the news Egypt condemns Houthi militia’s drone attacks against Saudi Arabia for this day. We hope that we have succeeded by giving you the full details and information. To follow all our news, you can subscribe to the alerts system or to one of our different systems to provide you with all that is new.