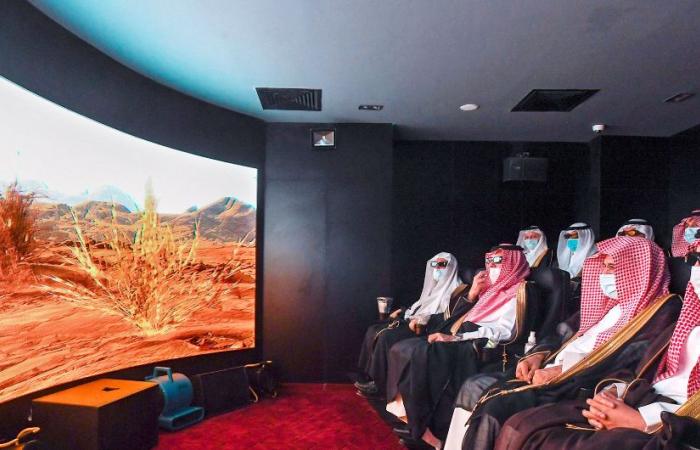 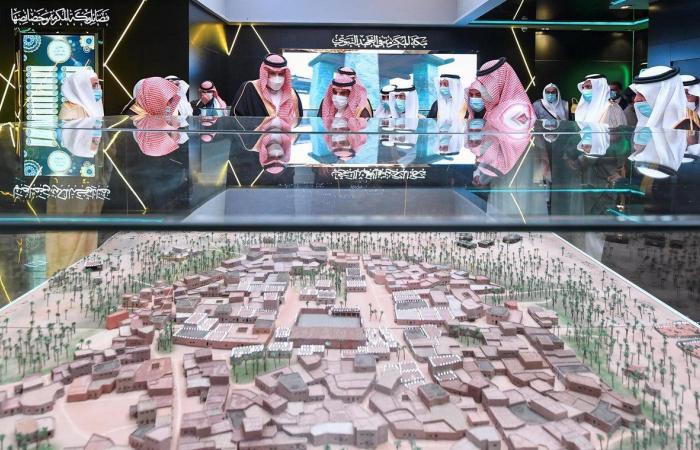 Thank you for reading the news about From Madinah to the Muslim world: A new museum dedicated to the life of the Prophet and now with the details Prince Faisal said the contents of the exhibition and museum represent “a historical legacy from which to spread the correct Prophetic approach … to all parts of the world so as to demonstrate the tolerance and moderation of Islam.”
In a statement, the MWL stressed that it aims to “instill the spirit of love and goodness and the meanings of mercy, humanity, moderation, tolerance and coexistence, as well as to spread the message of Islam among people using state-of-the-art means.”
The exhibition features dozens of paintings and interactive displays. At the moment, there are seven languages available to visitors — Arabic, English, Spanish, Urdu, French, Turkish and Indonesian. It also includes a 4DX theater, which screens a series of films about the Prophet’s life.
One of the 25 pavilions in the exhibition is dedicated to the history of women in Islam and showcases the important part women played in the early days of Islam by spreading a message of truth and virtue, and the vital role women played in the life of the Prophet. The pavilion also sheds light on the importance of children in the life of the Prophet, recounting stories of how he used to play with them and the advice he gave on how to best raise them.
Another pavilion uses 3D, virtual-reality, and augmented-reality technology to reconstruct and describe many of the Prophet’s personal possessions, including details of his furniture, clothing, footwear and even his comb.

The International Exhibition and Museum of the Life of the Prophet and Islamic Civilization aims to:

• Achieve the objectives of the Kingdom’s vision with regard to enriching the experience of visitors.

• Find attractive cultural sites for the residents and visitors of Madinah.

The exhibition also contains the Constitution of Madinah — drawn up on behalf of the Prophet Muhammad after his arrival in the city following the Hijra from Makkah. It laid out the terms for peaceful coexistence and citizenship in the Prophet’s era and formed the basis for a multi-religious Islamic state in Madinah. In the exhibition, it is paired with the Makkah Declaration of 2019, a charter — signed by around 1,200 muftis and scholars from around the world at the end of a four-day conference organized by the MWL in Makkah — that laid out a pan-Islamic set of principles supporting peaceful coexistence and condemning extremism and violence.
Another pavilion is dedicated to the 99 names of Allah, explaining what each name represents and its connection to humanity. The same pavilion contains exhibits dedicated to space and the planets, explaining various astronomical objects’ relevance to Islam and mankind, as well as displays focused on Earth’s geography, stressing the importance of preserving the beauty of God’s creations. 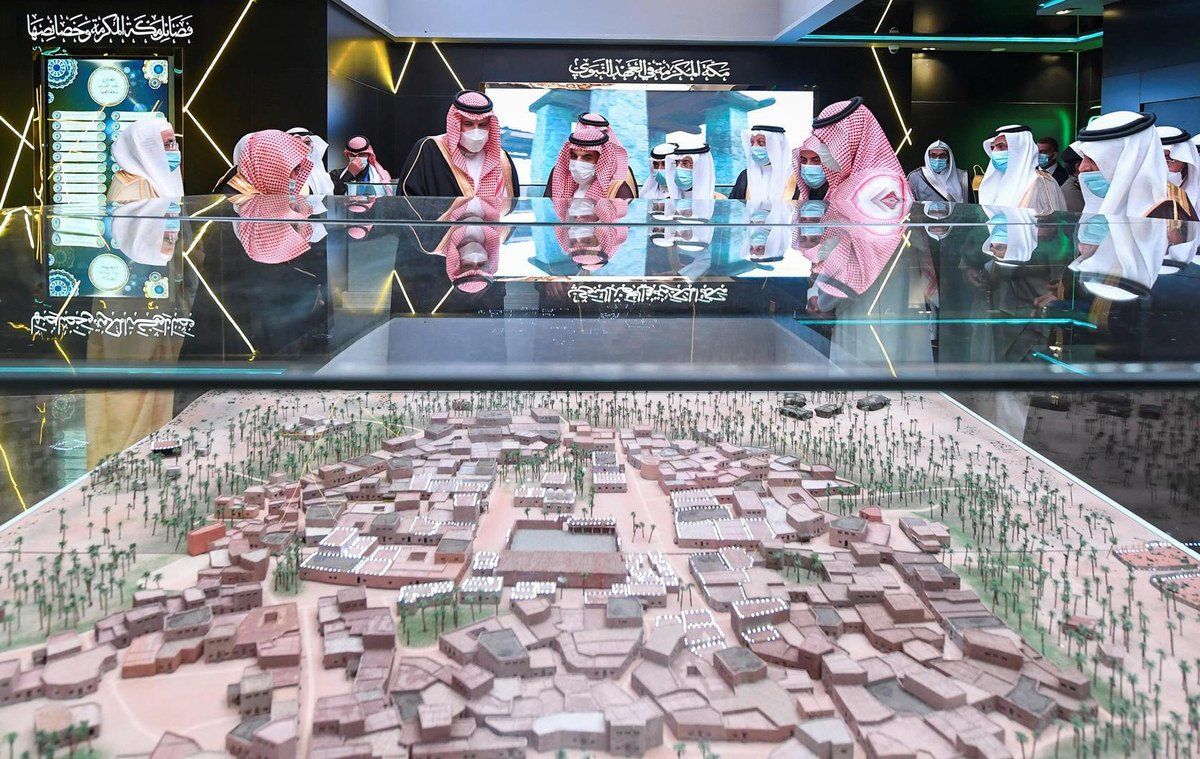 Another pavilion is dedicated to the lives of other prophets, laying out their characteristics as described in the Quran and Sunnah, as well as a summary of their lives. Here you will also find a review of the most important events in the life of the Prophet Muhammad from birth to death, which uses interactive screens to take visitors back in time to Makkah and Madinah during his lifetime, over 1,400 years ago.
In a different pavilion, visitors will find extensive information on holistic medicine, healing, prevention and awareness, shedding light on one of Prophet Muhammad’s most important messages — that the health of mind, body and soul are all interconnected.
Dr. Mohammed bin Abdulkarim Al-Issa, secretary-general of the Muslim World League (MWL) and chairman of the Association of Muslim Scholars, said that the MWL has attached great importance to projects such as the museum and prioritized it as part of its initiatives in the service of Islam and Muslims.

• Location: Next to the Prophet’s Mosque, Madinah

• 500 antique items from the Prophet’s era

• A movie theater showing a film about the Prophet’s life

“The exhibition is the heart and headquarters of the Museums of the Life of the Prophet and Islamic Civilization, which the MWL is establishing in several Islamic and non-Islamic countries.”
Al-Issa said that the museum was recognized by a number of the Islamic world’s prominent scholars, among whom are members of the Council of Senior Scholars in the Kingdom.
He said it introduces the world to the Prophet’s life and Islamic civilization, in addition to highlighting the civilizational values in the Constitution of Madinah and the Makkah Document, both of which established the foundations for human fraternity and coexistence.
Al-Issa expressed his hope for such museums to contribute in a central way to raising awareness among and outside Islamic communities. He said that the first of these museums is in Madinah, Saudi Arabia, the home of moderation and the reference in Islamic leadership.

These were the details of the news From Madinah to the Muslim world: A new museum dedicated to the life of the Prophet for this day. We hope that we have succeeded by giving you the full details and information. To follow all our news, you can subscribe to the alerts system or to one of our different systems to provide you with all that is new.