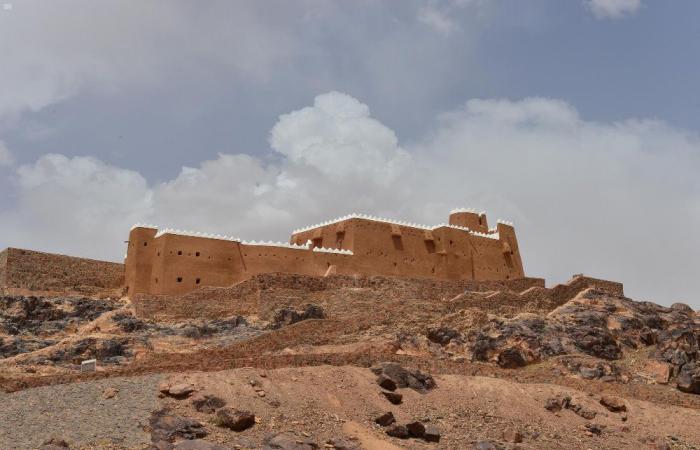 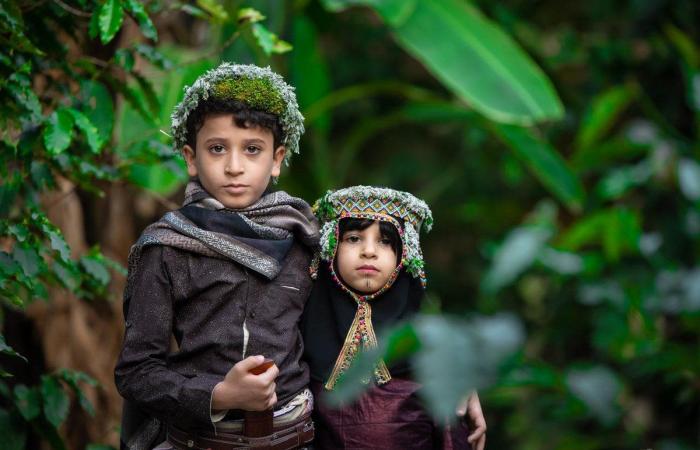 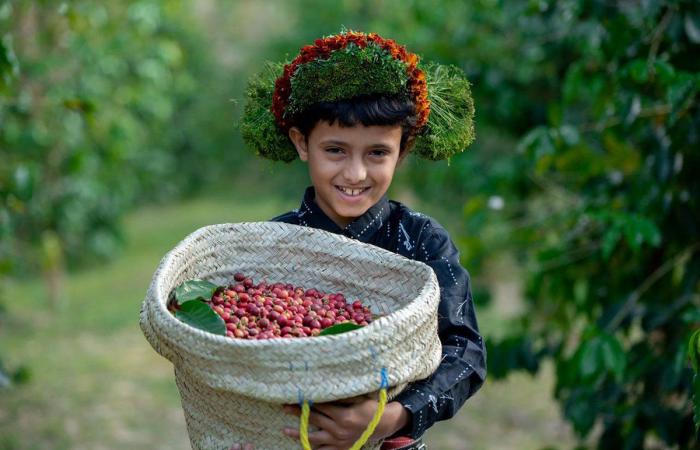 Jeddah - Yasmine El Tohamy - JEDDAH: With their traditional outfit, coffee tree farmers in Jazan are preparing to host the eighth Coffee Beans Festival, which kicks off on Jan. 30.

The folk dress, which normally consists of two pieces, has been closely linked to the Khawlani coffee plantations in southern Saudi Arabia.

Indicating the importance of the Khawlani coffee tree in the hearts of its farmers, they wear the most luxurious clothing during the most crucial stages of the coffee trade, from planting the seedlings to selling the product.

“There is still a large majority of the population that uses this dress and maintains it to the present day. The folk dress, locally called mountain dress, consists of a chemise (shirt), wizrah (skirt) and an aromatic headband,” he said.

He added that they use the same English word, chemise, to refer to the garment for the upper body.

The shirt usually consists of one color and the men wear a belt that contains a Janbiyah (dagger with a short-curved blade with a medial ridge).

They also wear a headband, which consists of aromatic plants  such as kadi, wormwood and Arabian Jasmine.

Children and parents on coffee farms enjoy the harvest, reflecting the value of the coffee tree among locals. “People in southern Saudi Arabia view coffee as an integral part of their life,” Al-Maliki noted, adding that children also put on the same outfit and help their fathers with the trees.

Indicating the importance of the Khawlani coffee tree in the hearts of its farmers, they wear the most luxurious clothing during the most crucial stages of the coffee trade, from planting the seedlings to selling the product.

“Coffee farmers are keen to have their children take part in the process of caring for the trees, and children on most Khawlani coffee plantations in Al-Dayer wear folk dresses, adhering to heritage and reviving ancient customs,” he said.

Al-Maliki pointed out that wearing Janbiyah symbolizes courage and generosity, inspired by the tough nature of the surrounding mountains, in which farmers of the region have grown up. “When wearing Janbiyah, people usually show how proud they are of their ancestors’ traditions and customs. It also reminds them of the deep-rooted culture of their forefathers.”

Al-Maliki said they did not worry about children carrying blades because the people of the mountains are known for their tolerance and spontaneous, reconciliatory nature.

“People here are raised on cooperation, solidarity and altruism. Children wear Janbiyah only for adornment, and they are very proud of it, as it is part of the history of their descendants, exactly like their pride in caring for coffee trees,” he said.

According to Al-Maliki, locals treat coffee trees the way mothers look after their babies, calling it the most pampered tree in the area. “We call them the ‘spoiled trees’ because they need more care and attention than the other plants.”

It is common that this responsibility falls to men. However, he added, women sometimes do the task when men are away.

There are over 1,596 coffee tree farmers in the Jazan region. More than 919 of these are located in Al-Dayer governorate.

This season, the organizing committee of the festival has set up a special health administration, whose role is to make sure — with cooperation with health authorities — that all measures are followed throughout the seven-day festival, in order to ensure the safety of the visitors.

The new administration will monitor social distancing and ensure masks are worn inside the festival site.

These were the details of the news Saudi Arabia committed to supporting global efforts to revive tourism for this day. We hope that we have succeeded by giving you the full details and information. To follow all our news, you can subscribe to the alerts system or to one of our different systems to provide you with all that is new.