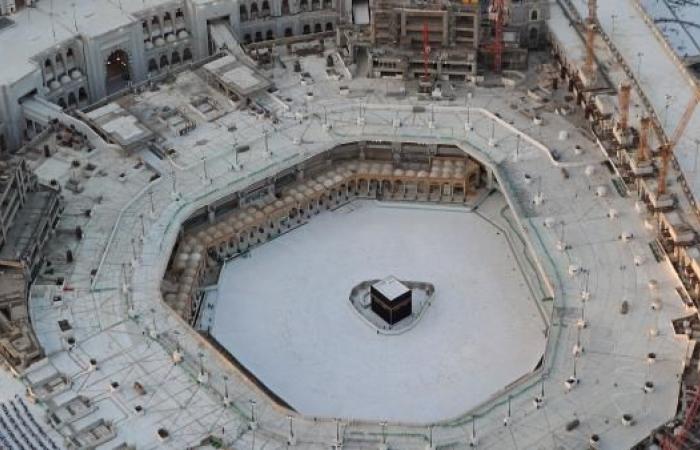 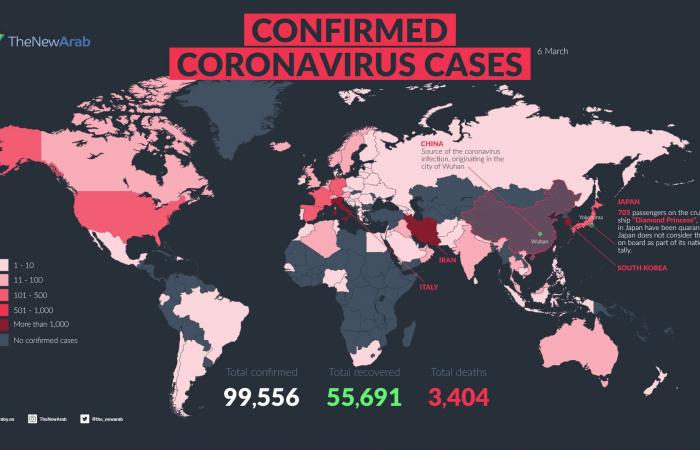 Thank you for reading the news about Could the Hajj be cancelled because of the coronavirus? and now with the details

For the first time in living memory, the Kaaba, the black cube structure which sits at the centre of the Great Mosque, had no worshippers around it praying or performing the rituals of the Umrah, the ‘minor’ Muslim pilgrimage that can be done at any time as opposed to the Hajj, which has a specific season each year according to the Islamic lunar calendar.

To deal with the rapidly spreading coronavirus, Saudi authorities closed off the Great Mosque, also known as Al-Haram Al-Sharif, to disinfect it before reopening it again on Friday. The Saudis have also announced they would temporarily stop issuing visas for pilgrims from abroad wanting to do the Umrah then barred their own citizens from performing this pilgrimage.

It is not clear when pilgrims will be allowed to perform the Umrah again. At the time of writing, Saudi Arabia has so far confirmed 11 coronavirus cases, but the number is likely to rise.

All this raises questions about what will happen during the Hajj, the ‘major’ pilgrimage that all adult Muslims have to perform at least once every lifetime. The Hajj, unlike the Umrah, can only be performed in the early days of Dhul-Hijjah, the last month of the Islamic calendar.

This year the Hajj is due to take place in July and as the spread of coronavirus shows no signs of abating, many people fear that the Hajj may have to be cancelled. More than two million people perform the Hajj in Mecca every year and this idea was previously unthinkable.

However, the Hajj has been cancelled many times before in Islamic history due to disease, conflict, the activities of bandits and raiders, or other reasons and this idea is not as unprecedented as people think.

Last week, the Saudi King Abdulaziz Foundation for Research and Archives released a statement noting 40 times in history during which the Hajj was either cancelled or the number of pilgrims was extremely low.

Perhaps the most infamous cancellation of the Hajj took place in the 10th century AD, which corresponded to the third century of the Islamic calendar, after an obscure sect took over the holy site in Mecca.

The Qarmatians were a heterodox sect based in eastern Arabia, who established their own state under Abu Taher al-Janabi. Their belief system was based on Ismaili Shia Islam mixed with gnostic elements and their society was egalitarian, with American author Kenneth Rexroth calling them the “only communistic society to control a large territory” before the 20th century.

However, they considered the Hajj to be a pagan ritual and in 930 AD Abu Taher carried out a vicious attack on Mecca during the Hajj season.

According to historic accounts, the Qarmatians killed 30,000 pilgrims while mockingly chanting verses of the Quran at them and dumped their bodies in the sacred Zamzam well. They then stole the Black Stone from the Kaaba. For ten years after this the Hajj was cancelled.

This was not the first violent attack on Hajj pilgrims. In 865 AD, Ismail bin Yousef, known as Al-Safak, who led a rebellion against the Abbasid Caliphate, massacred pilgrims gathered at the Arafat Mountain near Mecca, also forcing the cancellation of the Hajj.

In 1000 AD the Hajj was cancelled for a much more prosaic reason – rising costs associated with travel. In 1831, a plague from India killed nearly three quarters of the pilgrims performing Hajj, while between 1837 and 1892, infection killed hundreds of pilgrims on a daily basis, according to the King Abdulaziz Centre.

Infections often spread during the Hajj. Before the modern age, they were much more of a problem than today, with thousands of pilgrims gathering together at close quarters and no adequate treatment for sometimes deadly diseases.

While the spread of coronavirus has alarmed the world and may very well disrupt the Hajj this year, disease, conflict, and the perils of travel have affected Muslims’ ability to perform one of the key pillars of their faith throughout history.

These were the details of the news Could the Hajj be cancelled because of the coronavirus? for this day. We hope that we have succeeded by giving you the full details and information. To follow all our news, you can subscribe to the alerts system or to one of our different systems to provide you with all that is new.