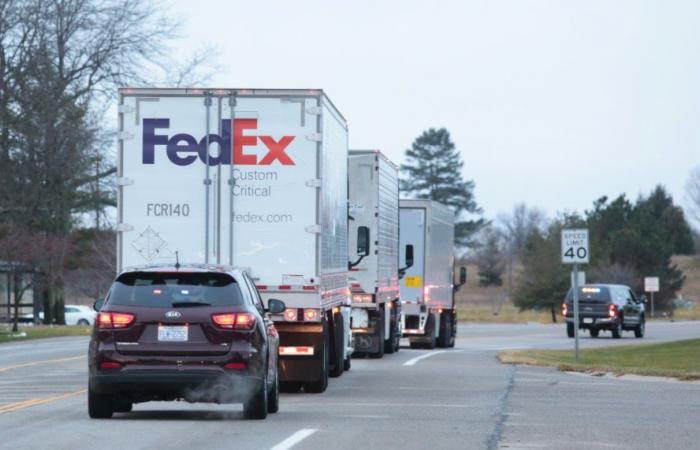 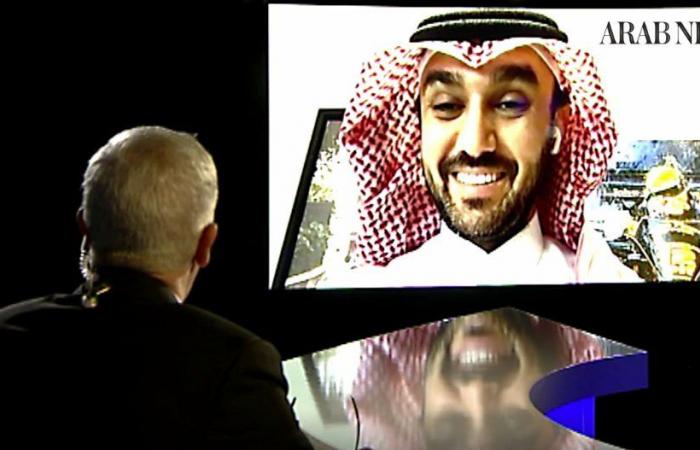 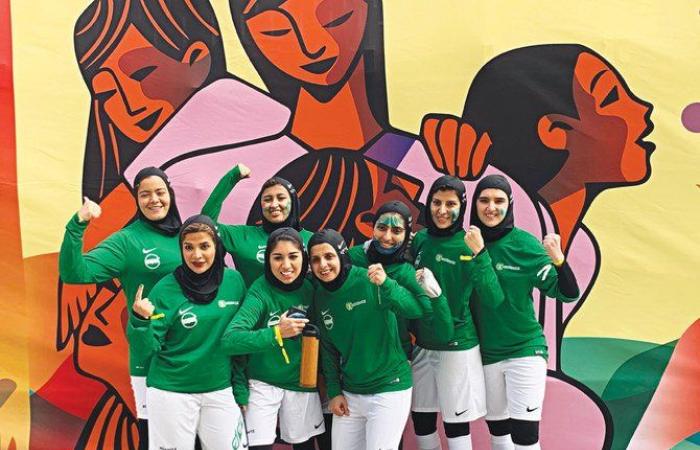 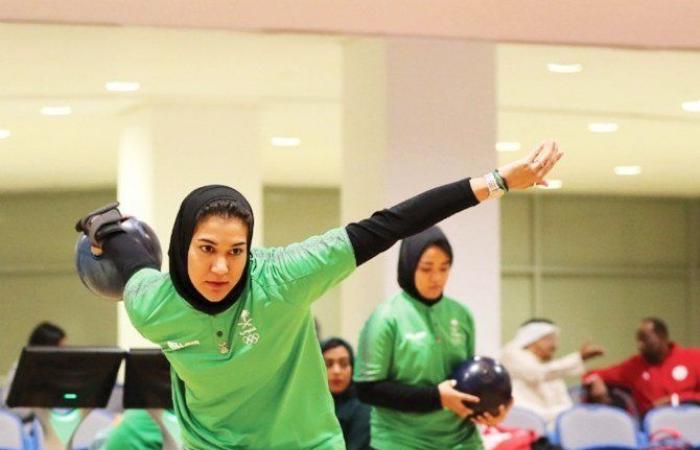 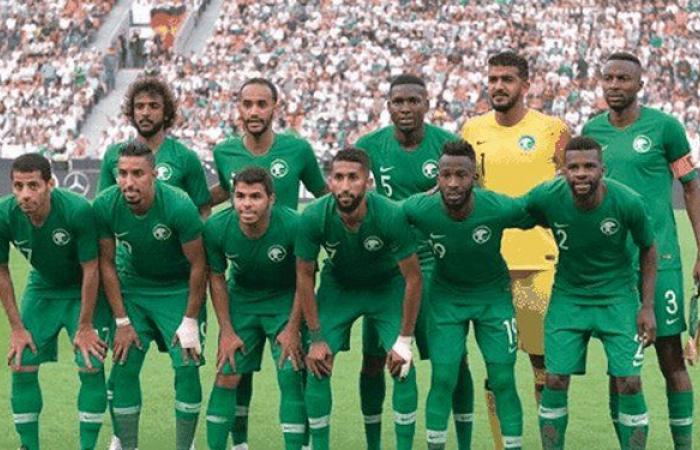 DUBAI: Saudi Arabia’s citizens will become fitter and more active, and enjoy a more dynamic and vigorous economy, under sweeping plans by the government to promote sporting activities in the Kingdom and to stage big international sporting events.

Prince Abdulaziz bin Turki Al-Faisal, the Minister for Sport, told Arab News that his plans — part of the Vision 2030 strategy to diversify the economy — would lead to the creation of new businesses and jobs in the multi-billion-dollar global sports industry. It would also help remedy health issues within the Kingdom linked to lack of mobility and obesity.

“In the end sport will be a tool to benefit the people of Saudi Arabia and, inshallah, to deal with these issues that we have,” he said.

Prince Abdulaziz was appearing on Frankly Speaking, the new series of televised interviews in which leading playmakers in the Kingdom and beyond are questioned on the big issues of the day.

He also talked about Saudi Arabia’s ambitions in global sport, ranging from the 2022 FIFA World Cup in Qatar to hosting Formula 1.

Prince Abdulaziz — an accomplished sportsman himself who has participated in many top-level motor racing events — became the Kingdom’s first ever sports minister earlier this year with a mandate to transform the sporting scene at home and its perception abroad.

A better quality of life

The Kingdom recently announced a deal to stage a Formula 1 racing event in Jeddah next year, in a move that was met by allegations of “sportwashing” by some international media organizations. Prince Abdulaziz said that the world would see things in a different way once Saudi Arabia had firmly established itself as a premier venue for international sports events and attracted more people to watch big events there.

“Hosting such events will help us stage different kinds of sports within the Kingdom and will increase the diversity and attention towards these sports, which will hopefully lead to Saudis participating more in the future. We saw the first tourist visa happening because of the Formula E event (staged in Riyadh in 2018),” he said.

“It is driven by His Royal Highness, the Crown Prince (Mohammed bin Salman), who basically believes in the power of sports to change lives within the Kingdom and, within the Quality of Life program, to enhance and better the quality of life within the Kingdom,” he added.

Sporting events such as motor racing, martial arts and golf have been highlighted as part of the relaxation of restrictions activities under the social and cultural pillars of the Vision 2030 strategy, which has also allowed Saudi citizens and residents to attend cinemas, music venues and other forms of live entertainment, as well other leisure pastimes.

But he believes that sport is well placed to compete with these rival attractions. “I really think that competition is a good thing, it’s never a bad thing; 70 percent of the Saudi Arabia population is below the age of 40, so we have a growing young nation that is very passionate about sports,” he said.

Prince Abdulaziz is equally convinced of the economic benefits that come from a vibrant sports industry, pointing out that the contribution of sport to GDP was a mere $2.4 billion in 2016 but grew to $6.9 billion last year.

Most of that economic benefit will flow to Saudi companies, which do 90 per cent of the business associated with sport in the Kingdom, he said.

“Some of them are small and medium companies today, but within three years they can become huge enterprises that are not only organizing and setting up sports events, but are also getting into entertainment and culture and other events,” he said.

The sports initiative will also bring crucial benefits for the lifestyles of citizens and residents. The Kingdom has high rates of obesity and is still dominated by “car culture.” Prince Abdulaziz believes it can only be for the good to get the Kingdom up and active.

In 2015, only 13 percent of the country was involved in sports for more than 30 minutes per week, but this is expected to rise to 20 percent this year, with the aim of reaching 40 percent in 2030, he added.

Even during the enforced inactivity of the pandemic lockdown, the Ministry of Sports encouraged more participation in sports and exercise via TV programs and online schedules. “Even when the lockdown was in place, it was helping people maintain these habits so that they can actually benefit from them,” he said.

Prince Abdulaziz also spoke of the initiative to get more women involved in sport. This is another pillar of the Vision 2030 strategy, and has seen a big increase in the number of women watching and participating in sports. But it has encountered some resistance from more conservative elements in Saudi society. Prince Abdulaziz said that a lot of progress had already been made, and that further advances for women would have to be implemented in a measured way.

“Any change will face some resistance. What we do in the Ministry of Sports and the Saudi Sport for all Federation is all about diversity and inclusion,” he said. “In 2015 we had zero female national teams. Today we have 23 national teams that are participating in the name of the country.”

The first women’s football league is under way in Saudi Arabia, with 24 clubs competing nationally. “These things were unheard of in the past, and now they’re happening,” Prince Abdulaziz said.

Women athletes need the support of the government and their social circles to reach the next level of participation in sports, but at the same time, the pace of change should not be rushed.

“Things are changing in a positive way and we have to make sure that it changes in the right way with the right momentum,” he said.

Saudi citizens are enthusiastic football fans, and the country is looking forward eagerly to the 2022 FIFA World Cup in Qatar. But the tournament has been clouded by the dispute with the Gulf country which has seen contact reduced and travel restrictions put in place.

Prince Abdulaziz pointed out that there have been many examples of Saudi sport interaction with Qatar despite the dispute. “Our national team goes there and their national team comes here, so that’s not going to be an issue affecting our performance,” he said.

But can Saudi Arabia hope to do better in Qatar than it did in Russia in 2018, when it failed to qualify for the knock-out stages?

“We have a very strong under-23 team, and most of them are going to be the players that are going to play in the 2022 World Cup. As you know, in sport it takes a generation or two to develop. We think that we have a strong team that will qualify, inshallah, for the World Cup.”

RIYADH: Prince Fahd bin Jalawi Al-Saud, vice president of the Saudi Olympic Committee, spoke to Arab News on Saudi efforts to host the Asian Games in 2030 as well as the politics and business of organizing sporting events.

Below is a summary of what he had to say:

At present we are focusing on Riyadh’s bid to be the host of the 2030 Asian Games. Sport is one of the main pillars of Saudi Arabia’s Vision 2030 strategy; it is in fact at the heart of Vision 2030. This is not a new thing for us because we have already hosted a number of international and Asian events, which included participants from countries we did not even have diplomatic relations with. We are talking about sports here; people are welcome to Saudi Arabia for any sporting event.

Since the beginning of the modern Olympic movement in 1896, respect, excellence and friendship have been talked about mainly. That is what has been happening for the last 124 years and that is what we can see in any Olympic event, either at the Olympic Games or any other event related to it. This is the first thing.

These were the details of the news Saudi Arabia declares victory over coronavirus for this day. We hope that we have succeeded by giving you the full details and information. To follow all our news, you can subscribe to the alerts system or to one of our different systems to provide you with all that is new.