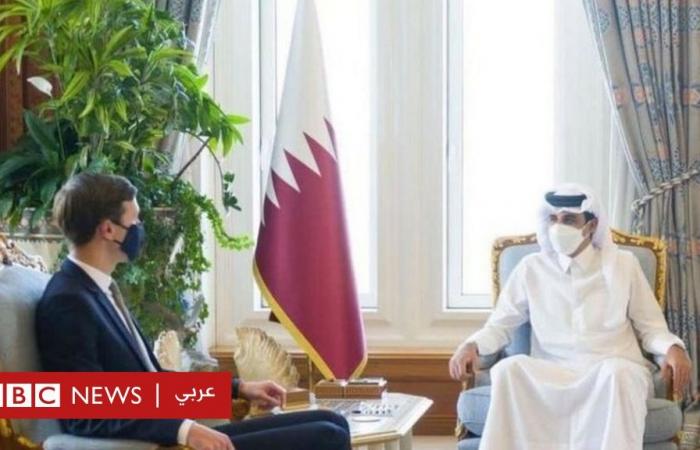 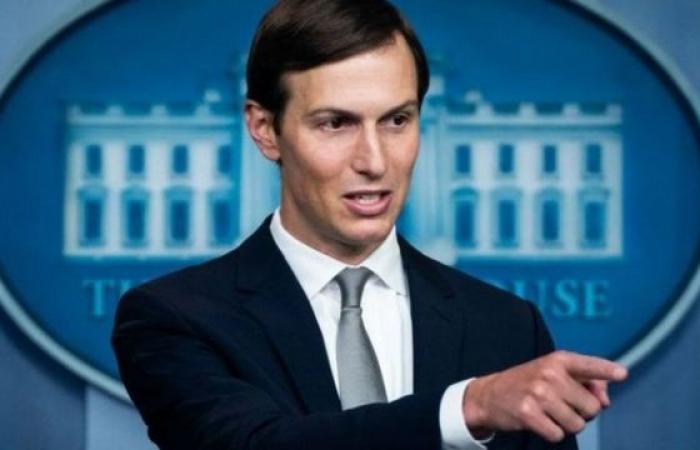 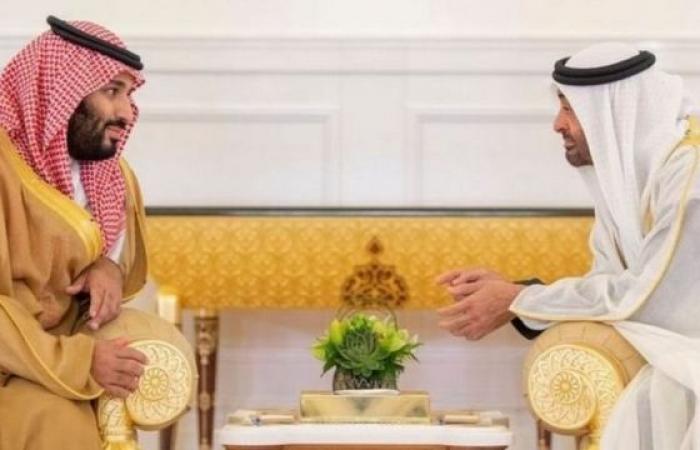 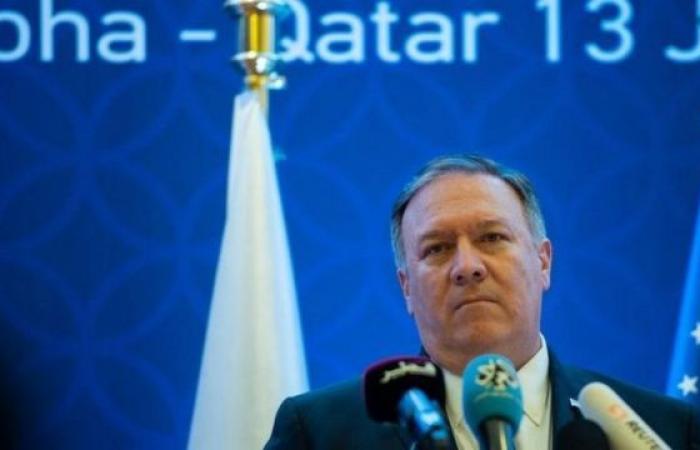 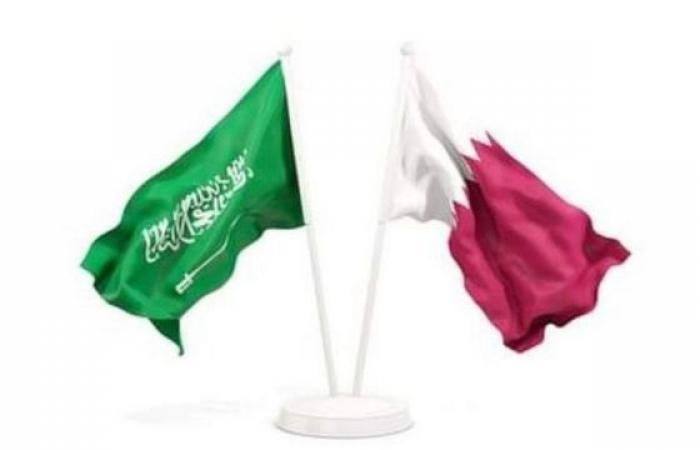 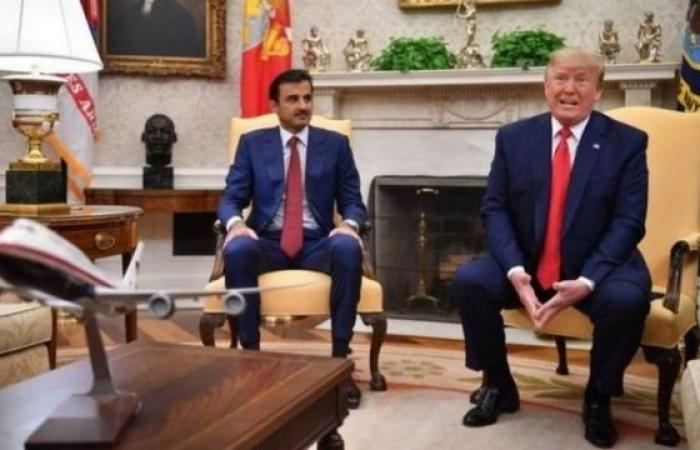 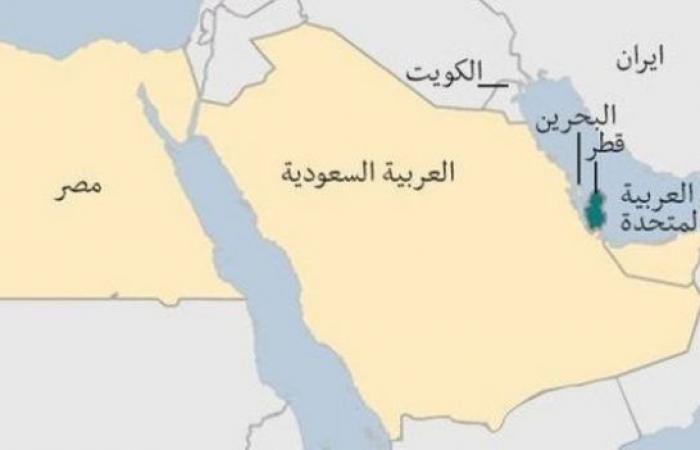 US and Gulf officials have said that Saudi Arabia and Qatar are in the process of reaching a preliminary agreement to end the years-long conflict, paving the way for broader regional talks that may calm long-running tensions between them, according to the American Wall Street Journal.

However, Gulf sources warned that this initiative may falter if other countries, namely Bahrain, the United Arab Emirates and Egypt, are unable to agree on how to resolve the dispute with Qatar.

On Friday, Middle Eastern leaders announced that they had started new talks sponsored by the Emir of Kuwait to end the conflict.

He added, in a videoconference with the session of the Sixth Rome Forum for Mediterranean Dialogue, that any kind of settlement to the crisis must be comprehensive and preserve the unity of the Gulf.

And he added, “We hope that things will move in the right direction, but we cannot predict whether the move is imminent, or the conflict will be resolved completely, and we cannot say that all problems will be solved in one day.”

For his part, Saudi Foreign Minister Faisal bin Farhan said in a tweet on Twitter that he hopes the efforts of Kuwait and the United States to resolve the dispute between the Gulf states will be successful, and thanked the two countries for “converging views.”

Kuwaiti Foreign Minister Ahmed Nasser Al-Sabah said that progress had been made in efforts to resolve the dispute that prompted Saudi Arabia and its allies to boycott Qatar since mid-2017.

“There have been fruitful discussions recently in which all parties have expressed their keenness to reach a final agreement,” Al-Sabah said in a statement broadcast on Kuwait TV.

He thanked Jared Kushner, Trump’s son-in-law and senior adviser, for the “recent efforts.”

Signs of progress came on the heels of several days of intense talks brokered by the United States, as Jared Kushner and his team traveled to Saudi Arabia and Qatar earlier in an attempt to break the deadlock in the talks that had prevented a deal for years.

Despite the few details about the visit, reports expected that Kushner focused on efforts to resolve the three-year-old Gulf crisis.

The official Qatar News Agency stated that Sheikh Tamim discussed with Kushner “developments in the region.”

The United States and Kuwait worked to end the dispute after Saudi Arabia, the Emirates, Bahrain and Egypt cut diplomatic, commercial and airline ties with Qatar since mid-2017.

So what does the Trump administration want?

The Trump administration wants Saudi Arabia to open its airspace to Qatari flights, which Doha is currently paying millions of dollars to operate over Iran, according to the New York Times.

In one of its recent attempts with regard to Middle East diplomacy, the Trump administration is pushing for a deal that would ease the blockade imposed on Qatar, but the goal may be a final blow to the Iranian economy before President Trump leaves office.

Wednesday’s meeting with Qatari leaders by Jared Kushner, a senior adviser to the US president and other White House officials, raised the possibility of changing the route of commercial flights from the Gulf state through Saudi airspace instead of Iran, according to diplomatic sources familiar with the discussions.

This would reopen the air route that the Qatari state airline had followed for years before it was cut off by Saudi Arabia and at least 3 neighboring countries by imposing an air, land and sea embargo on Qatar in 2017.

It would also deprive Iran of what diplomats described as an annual fee of about $ 100 million that Qatar Airways paid through its airspace, which is money that fuels Iran’s exhausted economy, and allows Tehran’s leaders to finance military programs more easily, which the Trump administration considers a threat, according to what the newspaper reported. American New York Times, citing responsible sources.

Two American officials also described the goal of Kushner’s diplomatic campaign, which included a stopover in Saudi Arabia, to reach an agreement on the issue of opening the Saudi air route to Qatari aviation.

It was not clear if the United Arab Emirates, Saudi Arabia’s closest ally in the region, would similarly open its airspace to Qatar.

One diplomat indicated that the Kushner delegation did not stop in the Emirates, indicating doubts about the UAE’s willingness to reconcile with Qatar.

This 3-year-old conflict between Arab countries is a source of great concern to the United States, not only because it is between regional allies that the Americans depend on for oil and military bases, but because it has fragmented the Trump administration’s efforts to isolate Iran in the Middle East and the world.

The ban, which began in June 2017, is aimed at punishing Qatar for what the other four Arab countries have described as their support for terrorism.

Since then, the four countries have put in place a list of demands that Qatar must fulfill before lifting the ban, including closing the Al-Jazeera news network and abandoning ties with Islamic organizations, especially the Muslim Brotherhood.

In an interview last September, the Qatari ambassador to the United States said that the open channel of communication between Qatar and Iran is “to sit together and resolve differences.”

Ambassador Sheikh Meshaal bin Hamad Al Thani referred to concerns about Iran’s nuclear and missile program. But he said, “We believe the best approach is to conduct a dialogue and negotiate an agreement.”

Just two weeks ago, Secretary of State Mike Pompeo also traveled to Qatar to present what an official called his special presentation on the issue of air routes to the Qatari government.

In a meeting with Qatar’s Emir Tamim bin Hamad Al Thani, Pompeo discussed “the need to work together to confront threats to stability in the region, and the importance of overcoming divisions within the Gulf to continue confronting Iran’s malign influence,” according to the US State Department statement.

On Wednesday, the White House declined to comment on the Kushner meetings in Saudi Arabia and Qatar.

The persistence of low-level economic and diplomatic relations between Iran and Qatar for years has been among the grievances that other Arab countries have filed against the Qatari government.

“There is no justification for a permanent estrangement.”

Abdullah Al-Muallami, the Saudi ambassador to the United Nations, said in an interview on Tuesday, “There is no justification for a permanent boycott with Qatar,” but he reiterated the deep-rooted suspicions about the Qatari government, especially with what he described as its support for extremists.

For a while, Trump appeared to be wedded to the Saudi axis in this row. But the Trump administration has gradually decided to mediate the reunification of Qatar with its regional neighbors as it sees the most important battle being against Iran.

Since 2018, when Trump withdrew the United States from the nuclear deal with Iran, his administration has imposed economic sanctions against Tehran, depriving it of an estimated $ 70 billion in oil revenues, and this has contributed to what Pompeo described last month as a 25 percent reduction in the budget. Military to Iran last year.

Pompeo, who has taken the most hawkish stance against Iran among Trump’s advisers, has always insisted that the Iranian revenues do not go to the benefit of the Iranian people but rather to fund the missile programs and militias it supports in Iraq, Syria, Lebanon and Yemen.

He considered that easing pressure on the Iranian economy, which was helped by the Qatari overflight fees, would, according to Pompeo, “a dangerous option that would weaken new partnerships for peace in the region and only strengthen the Islamic Republic.”

An agreement to change the route of Qatar Airways would enable the Trump administration to launch a final blow against Iran before leaving the White House next month.

If Saudi Arabia allows Qatari flights through its airspace, “it is clear that it would be a victory for Doha,” said Barbara A. Lev, a former US ambassador to the United Arab Emirates and a fellow at the Washington Institute for Near East Policy.

“But if that is all that the US administration can do about the blockade, it should not be considered a major diplomatic achievement,” Lev added. “In fact, that would be a cynical signal about the extent of the division among the Arab countries over the details or even the desire for reconciliation with Qatar.”

The four countries (Saudi Arabia, the Emirates, Bahrain, and Egypt) accuse Qatar of destabilizing the region by supporting militancy and terrorism, which Doha denies.

Since 2017, these countries have imposed restrictions on Qatar, including the closure of its land and sea borders and airspace. This has caused turmoil within Qatar, which relies on imports to meet the basic needs of its 2.7 million people.

In June 2017, the four countries compiled a list of 13 requirements that they said Doha must meet to solve the crisis.

The list included closing Al-Jazeera, curtailing military relations with Turkey, closing a Turkish military base in Qatar, severing ties with the Muslim Brotherhood, and reducing ties with Iran. Qatar described the list of demands as “unrealistic and impractical.”

These were the details of the news The Gulf Reconciliation: Not love in Qatar, but hate in Iran for this day. We hope that we have succeeded by giving you the full details and information. To follow all our news, you can subscribe to the alerts system or to one of our different systems to provide you with all that is new.