An organization calling on Saudi Arabia to “immediately disclose” the status... 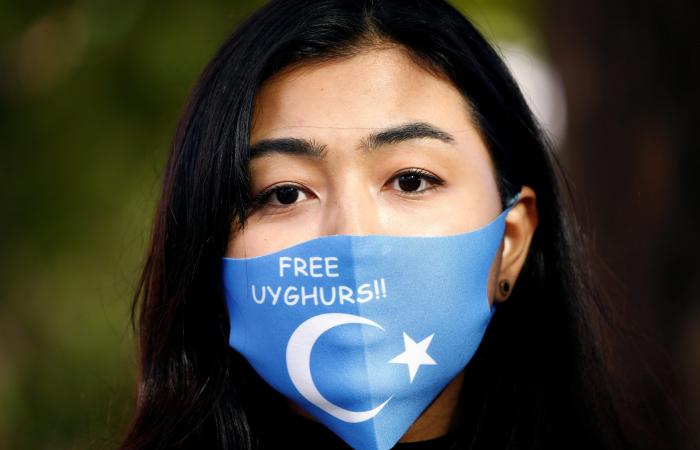 “Human Rights Watch” called on the Saudi authorities, Tuesday, to “immediately disclose” the situation of two Chinese Muslim men from the Uyghur minority who were “arrested in Saudi Arabia” on November 20 “and to explain the reasons for their detention.”

And demanded The Saudi organization declared, “not to forcibly return them to China, where they will face a real risk of arbitrary arrest and torture.”

“If Saudi Arabia forcibly arrests two Uyghur Muslims and deports them to face severe persecution in China, this will weaken the kingdom’s attempts to achieve positive resonance by hosting the G20 summit,” said Joe Stork, deputy director of the Middle East and North Africa division at Human Rights Watch.

Abd al-Wali Ayoub, an activist in contact with the Uyghur community in Saudi Arabia, told Human Rights Watch that the Saudi authorities had detained a religious scholar from this Muslim minority called, Hamdallah Abd al-Wali (52 years), on the evening of November 20 in Mecca, with his friend Normet Rozi , Indicating that they live in Turkey.

The man indicated that Rosie was able to contact one of his family members to inform him that they are being held in Briman prison in Jeddah and that they are “in danger.”

Another source who spoke to Abd al-Wali said that he had been in hiding since he delivered a speech to the Uyghur community there, encouraging them and Muslims to pray for what is happening in Xinjiang, northwest China, which is predominantly Muslim, and “deter Chinese invaders … using weapons.” “.

In early November, Abd al-Wali spoke to Middle East Eye, saying that he feared that the Chinese authorities had sent a request to Saudi Arabia to detain and deport him. The site published photos of Abdul Wali’s Chinese passport, his Turkish residency card, and his Saudi visa information.

Uyghur activist Ayyub said he had previously documented five cases of members of this minority “forcibly deporting” Saudi Arabia to China between 2017 and 2018.

The organization said that under customary international law and as a party to the “Convention against Torture,” Saudi Arabia should “take care not to send any person under its custody to a place where he would be at risk of persecution, torture, or other serious human rights violations.”

Human Rights Watch said, “The Saudi crown prince, Mohammed bin Salman,” supports “the policies of the Chinese government in Xinjiang,” referring to his statement to the official Chinese news agency “Xinhua”: “We respect and support China’s rights to take measures to combat terrorism and extremism to protect national security.”

Saudi Arabia supported joint letters with a number of countries to the United Nations in support of China’s policies in Xinjiang, in 2019 and again in 2020, according to Human Rights Watch.

And under the Xinjiang region, tight control by the Chinese authorities, and human rights groups say that more than a million Uyghur Muslims are detained in camps, while Beijing claims that these facilities are “vocational rehabilitation centers necessary to combat poverty and extremism.”

A report by the Australian Institute for Strategic Policy said that the network of detention centers in the region is much larger than previously thought.

These were the details of the news An organization calling on Saudi Arabia to “immediately disclose” the status... for this day. We hope that we have succeeded by giving you the full details and information. To follow all our news, you can subscribe to the alerts system or to one of our different systems to provide you with all that is new.