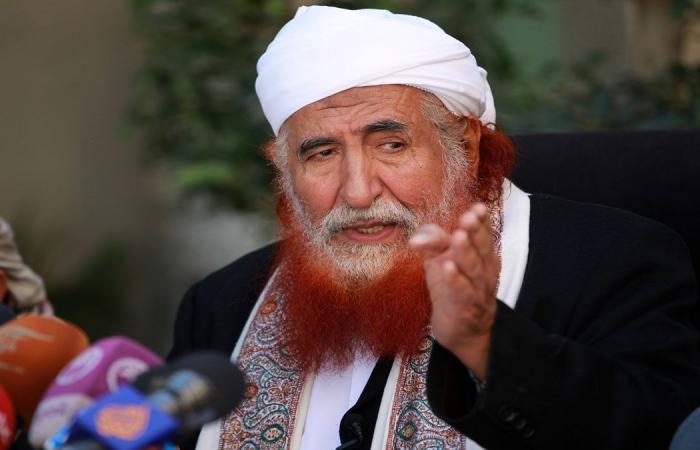 Yemeni news sites and figures affiliated with the Muslim Brotherhood revealed, on Sunday evening, that the Yemeni preacher and leader in the group, Abdul Majeed Al-Zindani, arrived in Turkey from Saudi Arabia, where he had been staying for years.

The advisor to the former Egyptian Minister of Endowments, the Brotherhood leader Muhammad al-Sagheer, confirmed the arrival of al-Zindani to Turkey.

Al-Sagheer wrote in a tweet on “Twitter”:After long suffering, Sheikh Abdul Majeed Al-Zindani was able to leave Saudi And arrived at Turkey”.

This came about two weeks after the Council of Senior Scholars in the Kingdom of Saudi Arabia decided to consider the Muslim Brotherhood “a terrorist group that does not represent the approach of Islam, but rather pursues its partisan goals that contradict the guidance of our true religion, disguises religion and practices what contradicts it in terms of division, stirring up strife, violence and terrorism.”

Al-Zindani has resided in Saudi Arabia since 2015, when he came from Yemen after the Houthi coup against power in Sana’a, and the occupation of the “University of Faith”, which was founded by the Yemeni preacher.

Since his arrival to Saudi Arabia, reports and media affiliated with the Muslim Brotherhood claim that “Al-Zindani” has been subjected to house arrest, while the man has been in hiding from view since then, and some of his children and family members reside in Turkey.

These were the details of the news News of Abdul Majeed Al-Zindani leaving Saudi Arabia and arriving in... for this day. We hope that we have succeeded by giving you the full details and information. To follow all our news, you can subscribe to the alerts system or to one of our different systems to provide you with all that is new.