6 years the country grew in growth … and the people... 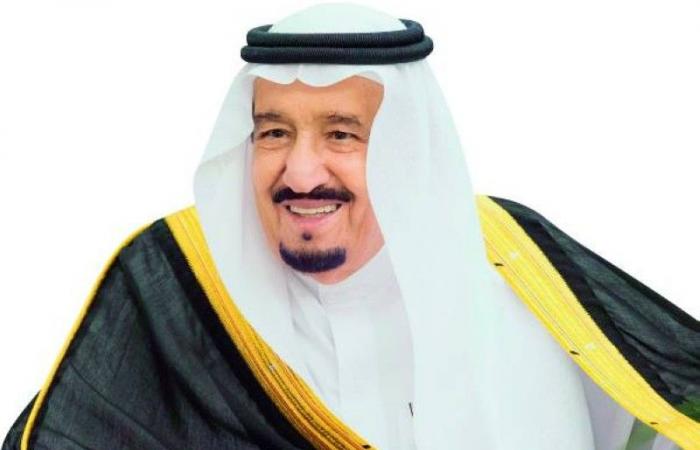 Vice President of the Chamber Mishaal Falah Al-Otaibi said that the sixth anniversary of the pledge of allegiance to the Custodian of the Two Holy Mosques King Salman bin Abdulaziz comes as we live in the shadow of security and stability at a time when the region is witnessing conflicts and turmoil, indicating that the era of King Salman bin Abdulaziz and His Crown Prince Mohammed bin Salman is a renewed era Ambitions and hopes rise to the highest ceiling in light of what we see of firmness and determination in all life matters, wishing to God the Most Generous to reconcile and pay the government of the Kingdom of Saudi Arabia and its honorable people.In turn, Ghazi Al-Qathami, Vice President of the Taif Chamber, said that the Kingdom during the reign of King Salman is proceeding at a steady pace despite all the economic crises surrounding the world, and this indicates the wisdom of the leader of this country, who was able to walk the homeland at a confident pace that increased its growth and increased the Kingdom’s people pride in its leaders.

For his part, the representative of the Taif Chamber, a member of its board of directors, Salem bin Fattis, said that on the sixth anniversary of the pledge of allegiance to King Salman, we remember all the achievements and successes that were achieved in a short time from a wise leadership that follows God’s law and steadfast values ​​that do not deviate from it, which drives us all to build a bright future For future generations, indicating that the country witnessed during the era of the Custodian of the Two Holy Mosques great development at all levels, especially those directly related to citizen services.

A memory dear to hearts

A member of the Board of Directors of the Taif Chamber, Ibtisam Al-Shehri, confirmed that the sixth anniversary of the pledge of King Salman bin Abdulaziz is precious to all of our hearts, and we are witnessing an expansion in the concept of development and development at a fast and confident pace that contributed in a short time to the availability of high-quality services for citizens and citizens, accompanied by a package of programs that meet the needs of citizens And their requirements.

Hassan Al-Sowat, a member of the Taif Chamber’s board of directors, agrees with her, who confirmed that the anniversary of the pledge of King Salman is an opportunity to feel the value of what the government of the Custodian of the Two Holy Mosques has achieved in a short period compared to the age of governments, as the institutional plans and visions of the near and future are through the Saudi vision and its engineer, the Crown Prince Prince Mohammed bin Salman bin Abdulaziz made everyone plan and work according to a clear vision for all, aiming to generate a number of jobs for young men and women in all government and private sectors.

As for the member of the Board of Directors of the Taif Chamber, Khaled Al-Swat, he said that since the first day of the Custodian of the Two Holy Mosques King Salman bin Abdulaziz assuming the reins of government, the determination and determination of the government to lead the great nation towards the runways of pride and distinction and to continue building the modern state at all local, Gulf, Arab and international levels appeared, and the support of the King appeared And his Crown Prince, may God protect them, for all Islamic causes

A member of the Board of Directors of the Taif Chamber, Abdul Rahman Al-Qathami confirmed that the Kingdom has excelled in many areas in light of the economic challenges and political changes regionally and internationally. King Salman, with his usual wisdom, took the initiative to lead his country to the era of prosperity and prosperity according to an ambitious strategic vision that aims to achieve comprehensive developmental achievements that take into account the requirements of this era It meets the needs and aspirations of all citizens.

For his part, a member of the Board of Directors of the Taif Chamber, Abdulaziz Al-Bar said that what has been achieved and is being achieved in terms of economic and social development in the Kingdom confirms the clear vision and deep consideration that characterizes the Custodian of the Two Holy Mosques of the reality and the requirements of the future to establish a promising generation of ambitious young people with the vision of 2030, whose path is led by Crown Prince Mohammed bin Salman, for the vision to constitute a qualitative leap for the Kingdom in all fields, based on the constants of this country and the goal of its goals, the Saudi youth, who constitute the largest percentage in the general population component. Mohsen Al-Talhi, a member of the Taif Chamber’s board of directors, described the memory as dear to the hearts of the Kingdom’s children. Noting that King Salman strengthened the pillars of security, development, transparency and clarity in many areas and empowered Saudi women in many areas, which have proven their ability to do so.

Keeping pace with global changes, a member of the Board of Directors of the Taif Chamber, Mahad Al-Nafei, said that the Kingdom of Saudi Arabia during the reign of King Salman compete with developed countries in development projects and giant investment projects, and King Salman made the citizen his first concern by focusing investment on the human element, as it is the cornerstone of growth And the development of the country, pointing out that King Salman takes the Noble Qur’an and the Sunnah of his Prophet as an approach in all his decisions at all levels, and this reinforces the constant values ​​in all the rapid and advanced transformations taking place in the Kingdom.

For his part, a member of the Taif Chamber’s Board of Directors, Haitham bin Ismail Qadi, said that the Kingdom of Saudi Arabia has become a country quickly in keeping pace with changes at all levels, and has become a competition for many countries in the areas of growth and prosperity, and is moving with steady steps and values ​​towards a future that predicts much good, asking God Almighty And it is most honorable for King Salman and his crown prince to protect and support them for the good and good of this country.

In the same context, the Secretary-General of the Taif Chamber, Dasman Al-Faqih, said: When we review the biography of King Salman on this anniversary, we are reviewing the biography of a brave and bold man who wrote the story of a new and modern homeland with decisions that would enhance the kingdom’s position regionally and globally, which is what began to happen and we began to feel it with his keenness To raise the level of services for male and female citizens and everyone who lives on this blessed land.

These were the details of the news 6 years the country grew in growth … and the people... for this day. We hope that we have succeeded by giving you the full details and information. To follow all our news, you can subscribe to the alerts system or to one of our different systems to provide you with all that is new.