Founder of “Panda Supermarket” … the departure of Saudi businessman Hammoud... 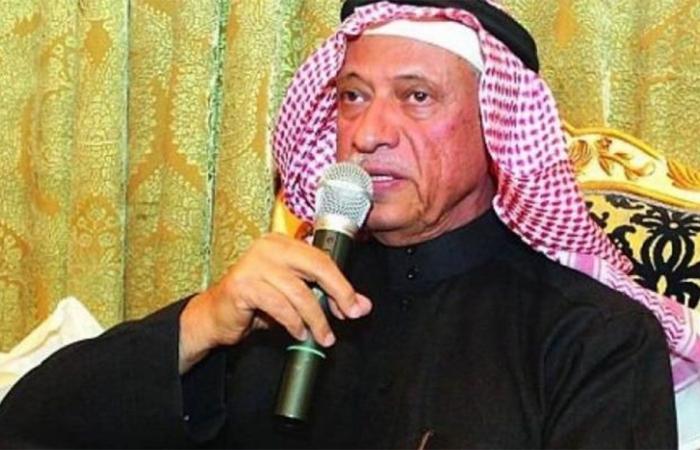 Businessman Hammoud Al-Saad Al-Ibrahim, founder of Panda Markets and the most famous Herfy restaurant chain in the Kingdom, has passed away.

Activists on social media sites and platforms, late in the evening, on Saturday, shared the news of the death of Hammoud Al-Brahim, after suffering with the disease.

A businessman of unique style

And Hammoud Al-Brahim, owner of the Panda supermarket chain in Saudi Arabia, is the biggest brand in the retail market, and he is the first to introduce fast food to Saudi Arabia.

The late businessman, Hammoud Al-Ibrahim, moved in more than 10 jobs during the period from 1974 to 1980, during which he gained special experiences through his work as general manager of a bakery and hotels, and then he founded the Panda Company.

Hammoud Al-Brahim owned the bulk of the shares of Herfy Food Company through the “Panda” Company, and it was the first restaurant in the Malaz district of the Saudi capital, Riyadh.

In 1993, Prince Al-Walid bin Talal, Hammoud Al-Brahim, participated in the Herfy Company, which contributed to the expansion of its business and turned into a public company and entered its shares in the Saudi Stock Exchange.

Herfy’s business expanded after Prince Al-Waleed bin Talal became a partner, and at that time its logo was changed from to a mixture of “sheep and cow”, while the biggest breakthrough was after the partnership with “Savola”, where the logo was re-designed in the current way, until it turned into a company. Publicly traded in the Saudi Stock Exchange.

Many writers, journalists, businessmen, and economic and social institutions mourned the late Hammoud Al-Saad Al-Brahim, who gave so much to the economy in the Kingdom throughout his life, and a large number of social media users joined in the obituary.

These were the details of the news Founder of “Panda Supermarket” … the departure of Saudi businessman Hammoud... for this day. We hope that we have succeeded by giving you the full details and information. To follow all our news, you can subscribe to the alerts system or to one of our different systems to provide you with all that is new.