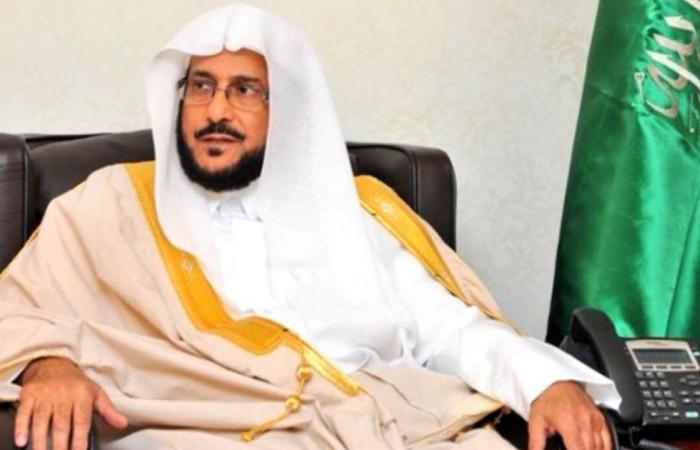 The Saudi Minister of Islamic Affairs, Advocacy and Guidance, Abdul Latif Al Al-Sheikh, directed that the next Friday sermon in the Kingdom be devoted to the statement of the Council of Senior Scholars, which classified the Muslim Brotherhood as a terrorist organization.

Last Tuesday, the Council of Senior Scholars said that the Muslim Brotherhood is a “terrorist group that does not represent the approach of Islam”, stressing in a statement that the group is pursuing its partisan goals that are contrary to the guidance of religion.

Al-Sheikh said in a tweet on his Twitter account, “I directed my fellow preachers in all regions of the Kingdom to allocate the next Friday sermon to talk about the adequate and satisfying statement of the Council of Senior Scholars, which includes that the Muslim Brotherhood is a terrorist group and does not represent the approach of Islam, and read the entire statement during the sermon, I ask God Almighty that It is enough for the country and their evil people. ”

Tweeters criticized the Minister of Endowments’s call for allocating the sermon to the Muslim Brotherhood instead of talking about social and economic issues of priority for the Saudi citizen.

Activist Salih bin Baz commented, “There is not even a text of evidence that the Muslim Brotherhood are terrorists, and we all know that Muhammad Morsi, may God have mercy on him, was a member of the Brotherhood, so was he a terrorist? In general, you and your supporters are responsible for this accusation before God Almighty.”

For his part, Ali Al Sorour tweeted, “I have no objection to that, but what about the sermon in the next? The high cost of living? The high prices of water and electricity? The 15% tax? The transfer of the American embassy to Jerusalem? Rejection of normalization with the Zionist entity and a warning about it? Do we not have priorities or where The direction of the compass?

It is noteworthy that in March 2018, Crown Prince Mohammed bin Salman described the Brotherhood as an “incubator for terrorists” and attacked the group in a television interview on the American “CBS” station, pledging to “eradicate members of the Muslim Brotherhood” from Saudi schools in a short time.

These were the details of the news Saudi Arabia dedicates Friday sermon to “criminalizing the Brotherhood” for this day. We hope that we have succeeded by giving you the full details and information. To follow all our news, you can subscribe to the alerts system or to one of our different systems to provide you with all that is new.