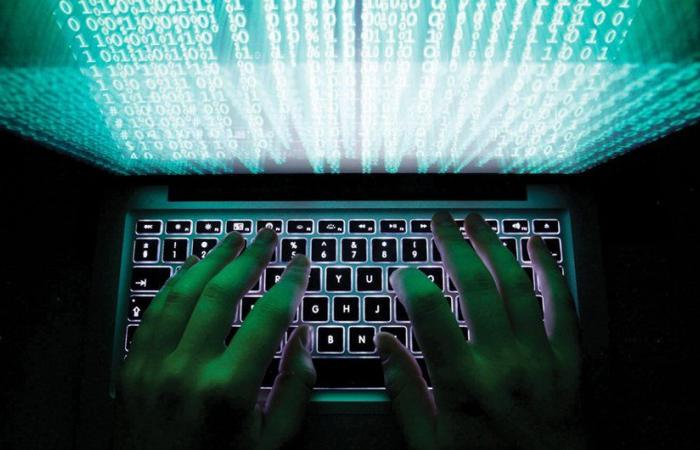 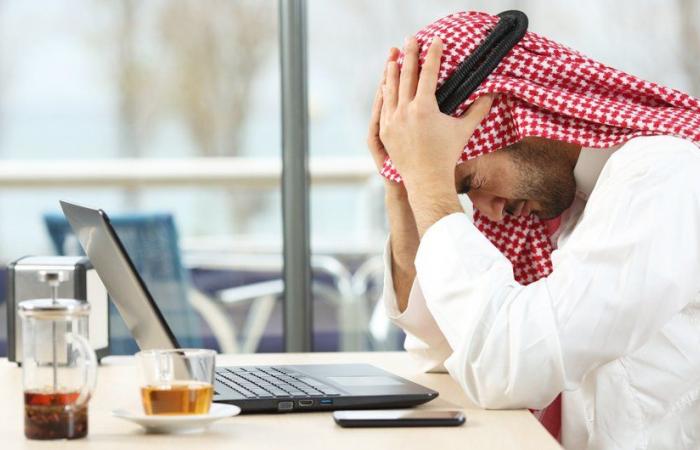 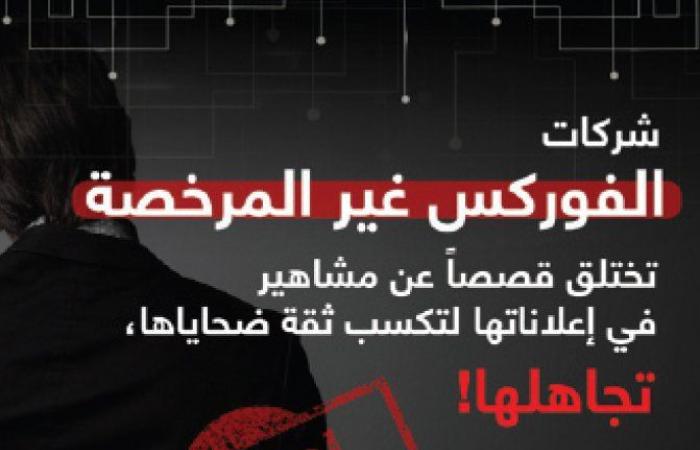 Thank you for reading the news about Counting the cost of financial fraud: victims in Saudi Arabia tell their stories and now with the details

Jeddah - Yasmine El Tohamy - RIYADH: Convincing-looking fraudulent messages and misleading online adverts are rife in the digital world, so it is not surprising that some Saudi residents continue to fall for scams that attempt to trick unsuspecting victims.

In some cases the con artists warn that savings are at risk, in others they offer easy ways to make lots of money. Recently, for example, people have been receiving text messages claiming their bank accounts have been compromised and must be protected, and requesting private financial details to do so.

Another tactic involves bogus online adverts for sham investment opportunities that often use the names of real, trusted organizations in the Kingdom without their permission, such as the Saudi Arabian Monetary Authority (SAMA) or the Public Investment Fund (PIF).

Retired engineer M. Al-Mansouri regrets the day he answered a telephone call from someone who claimed to be calling from a government authority. Ultimately, it cost him about SR50,000 ($13,000). The woman he spoke to said she needed to double-check his personal information, including his Saudi ID details and the last four digits of his bank card.

“In less than half an hour, I received SMS messages showing that my bank card details had been used to obtain money,” said Al-Mansouri. “I assumed there was some mistake but the messages did not stop and all of a sudden I found that about 50,000 riyals were taken from my account.”

“The technique enables fraudsters to gradually lure their victims to obtain their personal information as well as their bank information in order to complete their scams. They have been using the technique on a large scale, luring them by using official names of known entities, high-profile individuals and others to gain more attention to their scams,” he added.

• In some cases the con artists warn that savings are at risk, in others they offer easy ways to make lots of money.

• Recently, people have been receiving text messages claiming their bank accounts have been compromised and must be protected, and requesting private financial details to do so.

• Another tactic involves bogus online adverts for sham investment opportunities that often use the names of real, trusted organizations in the Kingdom without their permission, such as the Saudi Arabian Monetary Authority or the Public Investment Fund.

• Fortunately, public awareness is growing of the various tricks and tactics scammers use in fraudulent emails, messages and websites.

Fortunately, public awareness is growing of the various tricks and tactics scammers use in fraudulent emails, messages and websites. When H. Al-Ruwaiq received an email from a stranger who claimed to work for a major charity foundation in Saudi Arabia and offered to transfer $100,000 to his bank account, he was immediately suspicious.“I knew right away it was some sort of a scam and did not reply. I just ignored the e-mail,” he said. 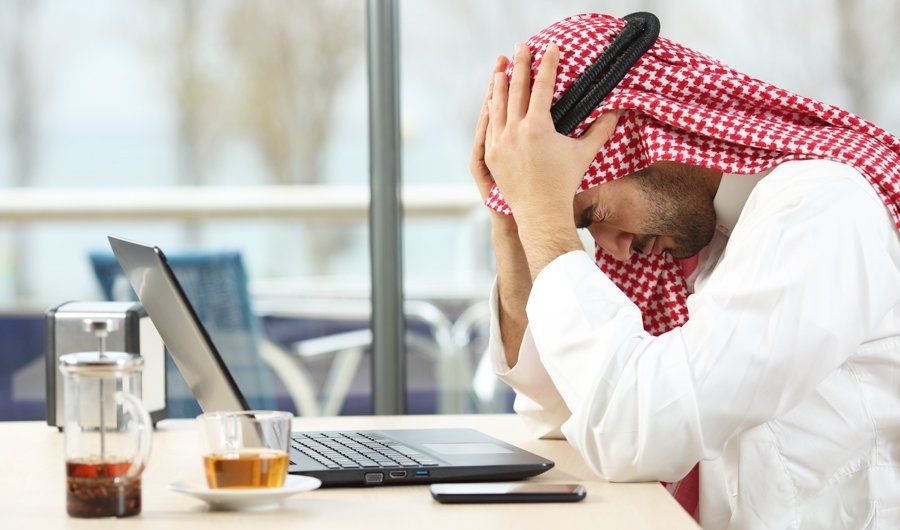 Aware of the risks posed by fraudsters, A. Al-Anazi often warned his colleagues not to trust anyone who calls out of the blue and claims to be from an investment company that manages funds and invests them in overseas stock markets. Unfortunately, he said, one of them did not heed his advice and was conned out of thousands of riyals after falling for the false promise of monthly profits from an investment opportunity. He only realized it was a scam when he decided to cancel the deal and asked for his money back, but never received a response.

Ibrahim Addossri, a financial adviser, said that fraudsters have developed sophisticated skills in their efforts to swindle unsuspecting victims, and can often sound incredibly convincing. People who are already under financial pressure can easily fall victim to scams, he added. They are lured by the prospect of get-rich-quick schemes that could ease their problems, and so ignore the warning signs and fail to get advice or do any research.

“A large number of victims tend to rush and make rash decisions without consulting experts,” said Addossri. “Victims tend to believe what the callers say, especially when these callers are women. That is why fraudsters use women to pull off these tricks.

“Another factor is the lack of knowledge and awareness of investment on the part of victims. Many of them do not know that there is a link between profits and risks, and the relationship between the two is direct.”

Addossri said it is important to raise awareness of financial frauds among the public, and welcomed the efforts authorities are making to do so. He also urged anyone who suspects they have discovered a fraud to report it by calling 330330. Ultimately, though, he said it is up to us all to protect ourselves.

“I believe a fraud crime is the responsibility of the individual him or herself, not the state,” he added.

A number of government authorities, including SAMA, have launched awareness campaigns to alert the public about fraudsters who use their names in messages in an effort to con people out of money. According to financial experts, raising awareness is one of the most effective ways to prevent people falling victim to fraud.

According to SAMA, there has been an increase in the number of fake messages sent to people asking for their bank details. The fraudsters often pretend to be from a government authority and say a payment is overdue and that the recipients need to update their bank information by clicking on a link. If they do so, their information is compromised.

SAMA said that it does not hold any money that is paid out to the general public and does perform any financial transactions on behalf of individuals. It also highlighted the importance of ensuring that bank details remain confidential and warned that they should never be revealed.

The PIF, the Kingdom’s sovereign fund, has also issued warnings about scams that use its name to deceive people. On its Twitter account, the fund stressed that it does not offer any direct financial or investment consultations to individuals, and advised the public to rely only on the information provided by verifiable official sources.

The standing committee for awareness on dealing with unauthorized securities activities in the Foreign Exchange Market (Forex) warned the public to be wary of unlicensed businesses that claim to offer fake investments, currency transactions or other illegal activities on Forex. The committee also advised that bank details should not be given to anyone without first rigorously checking their credibility using approved methods.

Legal consultant Turki Al-Rasheed said convicted fraudsters face a number of possible punishments. The more complicated the fraud is, the greater the penalty. This is especially true of international fraud, which can involve money laundering and drug trafficking. Some forms of fraud can be difficult to prove, however, especially bank transfers made without proof of a contract.

Al-Rasheed urged people to obtain expert advice about any financial agreements they are considering, and not to take at face value any grand promises they are made — if a deal seems too good to be true, then it probably is.

Mohammed Ali Assalateen, a managing partner of consultancy firm Strategy X and board member of Saudi Financial Association, said that the authorities must regularly remind the public and raise awareness of the tricks used by fraudsters.

Traditional and electronic media also needs to be monitored, cases of fraud should be reported immediately, and authorities whose names are used by scammers must inform their clients to reduce the risk of people falling victim, he added.

To reduce the number of victims of fraud, Hafiz suggests that recipients of fraudulent messages be wary of anonymous senders and never respond as the authorities have frequently been able to detect and arrest those involved in scamming rings in the Kingdom.

He added that people must be vigilant and check the authenticity and reliability of websites as they can inadvertently permit the installation of malicious hacking programs or spyware.

These were the details of the news Counting the cost of financial fraud: victims in Saudi Arabia tell their stories for this day. We hope that we have succeeded by giving you the full details and information. To follow all our news, you can subscribe to the alerts system or to one of our different systems to provide you with all that is new.