The Saudi Arabia Channel publishes a picture of the US President-elect... 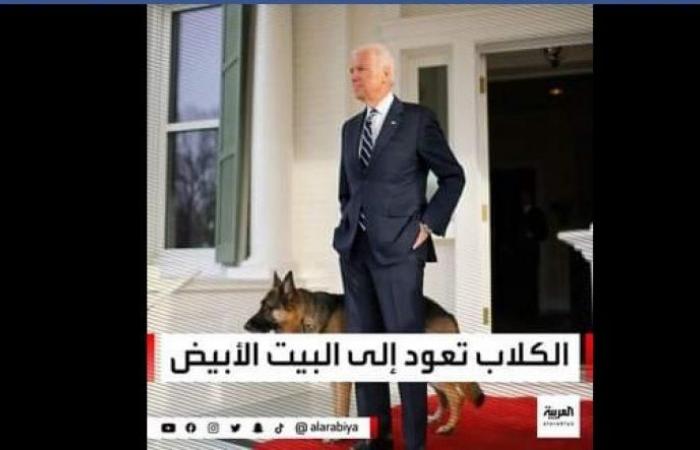 Al Arabiya recorded a very serious professional fall, for publishing the title of a story in which it stated that “Dogs Return to the White House” with a picture of Joe Biden, the US President-elect.

And “Al-Quds Al-Arabi” researched the subject and investigated it, and made sure that it was real and was not fabricated, or just a fake picture.

After extensive searches, the link for the article was reached, but it appears deleted, on most of its pages, on social media. However, after using special programs for searching and documentation, a link was reached to the “Al Arabiya Egypt” page, and it appears that it is the only one that did not delete the image.

The station management has removed most of the news links from its social media pages and various platforms.

And he considered the matter an unprecedented moral transgression of a channel that is supposed to be objective and professional in its approach to the issue. The Saudi-owned channel wanted to claim that the news deals with the return of dogs to the White House, a tradition that a number of American presidents have followed, but which was stopped during the era of defeated President Donald Trump.

The story suggests that it is talking about dogs and their return to the residence and work of the US President, but the publication of Joe Biden’s picture with the title was a thrilling, professional and moral fall.

And it was clear that the news would not have passed without written approval at the highest level of the station management, and it was not just a wrong opinion by an editor who was unable to formulate the title of a sensitive material.

Many linked the professional fall of the Saudi channel, whose shares were acquired by Prince Mohammed bin Salman, Crown Prince, and the official position of the Kingdom.

Riyadh has not yet congratulated the US President-elect, Joe Biden, like a number of international leaders and rulers.

Several readings indicated that the Saudi leadership is facing considerable pressure after losing its bet on the victory of Donald Trump, its main ally.

It seems that Al Arabiya, after the negative reactions it received, was forced to delete the news.

A number of tweeters and followers criticized this professional failure of Al-Arabiya.

These were the details of the news The Saudi Arabia Channel publishes a picture of the US President-elect... for this day. We hope that we have succeeded by giving you the full details and information. To follow all our news, you can subscribe to the alerts system or to one of our different systems to provide you with all that is new.