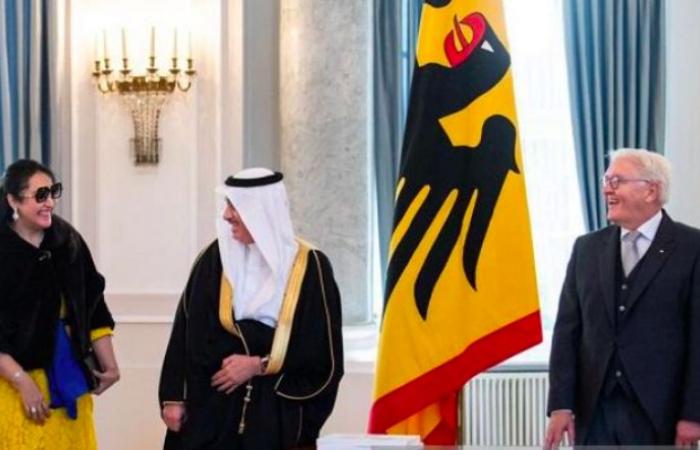 “Al-Quds Al-Arabi”: The wife of the Saudi ambassador, Issam bin Ibrahim Bait Al-Mal, newly appointed in Germany, raised sarcasm on social media, due to her documenting the moments of his handing over of his credentials to German President Frank Walter Steinmeier through her Snapchat.

Journalist Yasser Abu Hilala criticized the photos circulated by the activists, saying, “Empowering women by releasing #Lujain_Al-Hathloul and not with this Hubble! The new Saudi ambassador to Germany will present his credentials to the president, and his wife Jaeb is photographing Snaps.

These were the details of the news The wife of the new Saudi ambassador to Germany is controversial... for this day. We hope that we have succeeded by giving you the full details and information. To follow all our news, you can subscribe to the alerts system or to one of our different systems to provide you with all that is new.