Turkey prepares to resume its attempt to pressure Saudi Arabia with... 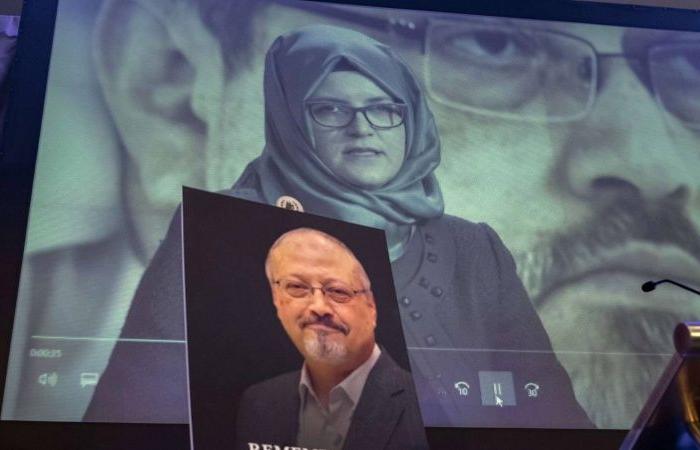 Riyadh – The Turkish authorities hope to re-bomb the case of the killing of Saudi journalist Jamal Khashoggi in his country’s consulate in Istanbul, as an ideal way to try to pressure Saudi Arabia and shake its image as a regional power and a leader in the Islamic world, contrary to what Turkish President Recep Tayyip Erdogan aspires to in terms of leadership for Muslims around the world.

Over the past months, Ankara has worked to prepare a new judicial path for the crime that took place about two years ago, after Riyadh adhered to its own path in dealing with the issue independent of politicization and away from the internationalization that the Turkish authorities sought, a path that came to an end after the Saudi judiciary issued its final rulings. On the defendants in the case.

The Erdogan government is looking forward to a change in the head of the US administration that is appropriate to its plan against Saudi Arabia, that Democrat Joe Biden replaces Donald Trump at the head of the United States, on the basis that Trump was more friendly to Riyadh than his predecessor, Barack Obama, who Biden is expected to resume his Middle Eastern policies and from Among them is what is not appropriate in the interest of the countries of the region, including Saudi Arabia.

In anticipation of the crucial US elections, Khadija Genghis, who presents herself as Khashoggi’s fiancée, initiated a lawsuit regarding his murder before an American court in Washington, with the support of a law firm and an American organization.

In implementation of the greater Turkish goal of repeatedly raising the issue of Khashoggi, which is an attempt to suggest that there is political responsibility behind the crime, the Turkish citizen accuses Genghis, the Saudi Crown Prince, Prince Muhammad bin Salman, of issuing an order to kill the journalist.

For its part, the “Democracy Now in the Arab World” organization founded by Khashoggi claims that among the motives for his murder was to stop and disrupt the organization’s work in promoting democracy and political reform in the Arab world.

In parallel with the new judicial track that Khadija Cengiz set out to launch in the hope of reaching the condemnation of the Saudi leadership, the Turkish media embarked on a new campaign to re-create the uproar over Khashoggi’s murder, which subsided and lost the attention of the recipients. Among the elements of this campaign is promoting the possibility of the success of this path in reaching results and judicial rulings other than those reached by the Saudi judiciary.

In this context, the Turkish Anadolu Agency, in a report, quoted the former representative of the United States to the United Nations Human Rights Council and one of the partners in the law firm “Jenner and Block”, Ambassador Keith M. Harper as saying that the chances of success of the lawsuit are “very great.”

It also quoted the attorneys in charge of the lawsuit in Washington, that the case is valid for consideration in a US court according to the laws and constitution of the country, the Protection of Victims of Torture Law and the Compensation for Strangers Harm Law, which allows non-citizens to file lawsuits regarding acts committed outside the United States.

In a clear indication of the politicization of the issue, the report linked “Prince Mohammed bin Salman’s arrival to the position of Crown Prince in June 2017” with what it called “more internal crises and complex external issues, the most prominent of which were the war in Yemen and the blockade imposed on Qatar.”

Turkey, whether in its official political speech or in its media discourse, does not hesitate to attack the Saudi judiciary and question its credibility, as the Anadolu Agency said in its aforementioned report that “the nature of the trial and the final decisions issued by the competent Saudi court brought the file back to the fore.” International, in the absence of justice in those judgments.

Khashoggi was killed on October 2, 2018, inside the Saudi consulate in Istanbul. Turkey led international moves on various levels to prevent the case from being closed by the Saudi judiciary.

And in early July, a court in Istanbul began the trial in absentia of 20 Saudis accused of the journalist assassination, including the former deputy chief of Saudi intelligence Ahmed Asiri and a former advisor in the royal court, Saud Al-Qahtani.

The Turkish court decided to hold the second session of the trial on November 24, after approval of the indictment submitted by Hatice Cengiz, which affects 20 Saudis on charges of “brutal torture, murder and incitement.”

Turkey believes that the Khashoggi murder case is linked to the United States in one way or another, as the Saudi journalist was residing on its soil and writing for the Washington Post.

Jenner and Block, a law firm on behalf of Khadija Cengiz, and Democracy Now for the Arab World, filed a lawsuit against the Saudi crown prince and 28 people before a US court in Washington.

Genghis accuses the crown prince of issuing an order to kill Khashoggi, a charge that Saudi Arabia officially denies, and the complainant says she suffered financial losses and personal pain as a result of the assassination.

According to the Washington Post, members of Genghis’ law team told her that the lawsuit aims to “hold the Saudi crown prince through the American court directly responsible for Khashoggi’s killing.”

It also aims to obtain documents that reveal the truth of what happened, based on the confidence that Genghis places in the American justice system to achieve a measure of justice and accountability.

Turkey has often suggested that US President Donald Trump is standing by Saudi Arabia in the Khashoggi murder case.

And US Secretary of State Mike Pompeo said in February last year that his country was not covering up the murder of a journalist. Ambassador M. Harper criticized the administration of US President Donald Trump for not holding those involved in the Khashoggi killing accountable.

It is expected that a change at the head of the American administration will encourage the AKP government in Turkey to continue the confrontation that it opened years ago against Saudi Arabia, especially since the latter demonstrated a great ability to manage the confrontation soberly and without convulsion, and recently began to wave to Ankara its strongest cards; The economic paper, through the informal campaign to boycott Turkey commercially, which Riyadh knows how to apply without being subject to legal consequences.

These were the details of the news Turkey prepares to resume its attempt to pressure Saudi Arabia with... for this day. We hope that we have succeeded by giving you the full details and information. To follow all our news, you can subscribe to the alerts system or to one of our different systems to provide you with all that is new.