After calls for boycotting French goods … Carrefour in Saudi Arabia,... 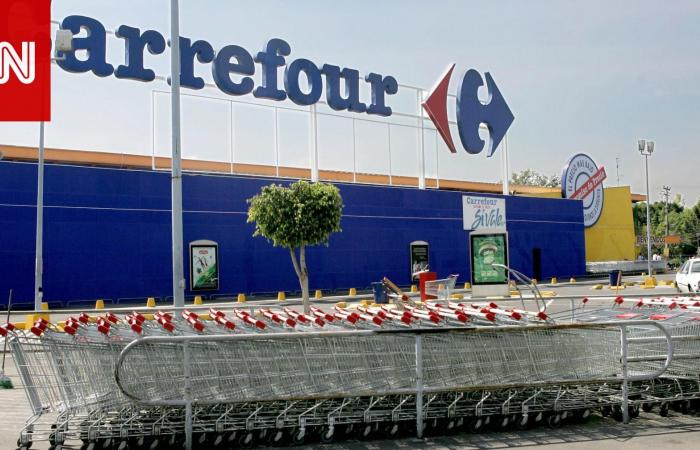 Dubai, United Arab Emirates (CNN) – Saudi Arabia’s Carrefour issued a statement confirming that 95% of its products are sourced from local suppliers, pointing out that its ownership belongs to the UAE-based Majid Al Futtaim Company.

“Carrefour provides more than 2,800 direct and indirect job opportunities, and we are proud that Saudi citizens represent 40% of the work team,” Saudi Carrefour said in a statement posted on its official Twitter page.

And Carrefour Saudi Arabia continued in its statement to “support the culture of tolerance and respect for all personal and religious beliefs in the local community.”

For its part, Carrefour Kuwait and Jordan published two statements on its official page, in which they clarified the number of job opportunities they provide, in addition to the rates of supply from local suppliers.

During the past few days, social networking sites have witnessed widespread campaigns calling for a boycott of French goods, against the background of statements by French officials headed by President Emmanuel Macron, which were considered “offensive” to Islam and the Prophet Muhammad, after the killing of a French teacher by a young Muslim of Chechen origins.

Some countries in the Middle East region, some formally and others unofficially, joined the campaign to boycott French products and goods, as Turkish President Recep Tayyip Erdogan called on people to “not approach French goods and refrain from buying them,” while a non-governmental supermarket chain announced In Kuwait, the boycott of French products in more than 50 of its outlets in the country.

These were the details of the news After calls for boycotting French goods … Carrefour in Saudi Arabia,... for this day. We hope that we have succeeded by giving you the full details and information. To follow all our news, you can subscribe to the alerts system or to one of our different systems to provide you with all that is new.