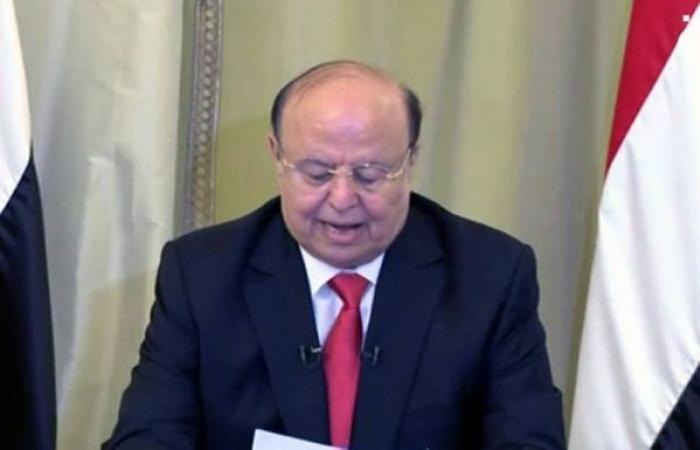 We show you our most important and recent visitors news details Hadi: Implementing Riyadh Agreement is in Yemen's Interest in the following article

He stressed that the implementation of Riyadh Agreement is in Yemen's interest and defeats Iran's project in Yemen and the region.

During his meeting with his advisors on Sunday in Riyadh, President Hadi said: "We trust the Kingdom of Saudi Arabia's efforts to make Riyadh Agreement successful, backing it with economic package to sustain the national currency value and support the government to do its new tasks and meet the Yemeni peoples' needs."

He confirmed that the legitimate leadership considers the Riyadh Agreement as a primary starting point to restore Yemen and end the Houthi militia coup. — SPA

These were the details of the news Hadi: Implementing Riyadh Agreement is in Yemen's Interest for this day. We hope that we have succeeded by giving you the full details and information. To follow all our news, you can subscribe to the alerts system or to one of our different systems to provide you with all that is new.