Saudi Arabia is on the list of worst destinations for expats 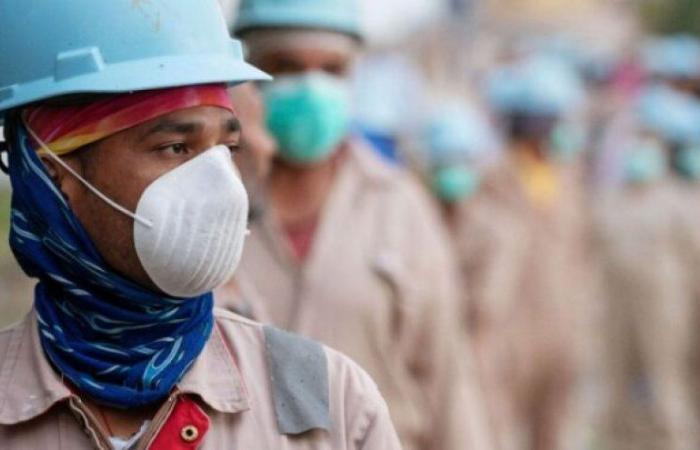 The pandemic, oil losses, and the deterioration of the Saudi economy have exacerbated this great suffering, as some Gulf countries ranked behind in the “Expat Insider” index on the sustainability of expatriates issued by the “Internations” organization concerned with the best destinations of expatriates in the world, based in Germany.

The Kingdom came among the countries with the worst reception of foreign workers, according to the latest global indicators.

Expatriate workers in Saudi Arabia were the biggest victims of the Corona pandemic, in light of the collapse in oil prices and the closure of economic activities that led to unprecedented layoffs in the Kingdom.

According to official data issued by the General Authority for Statistics in Saudi Arabia, the number of expatriates in 2019 reached nearly 13.2 million, out of 34 million people of the total population in the Kingdom.

During the past two years, more than 1.5 expatriate workers have left Saudi Arabia, according to official data, and the pace of layoffs has increased following the outbreak of the Coronavirus.

The head of the economic research unit at the Gulf (Persian) Center for Financial Consulting, Abdulaziz Al-Khalidi, said that the Kingdom has become one of the worst destinations for expatriates from various countries of the world.

Al-Khalidi pointed out that expertise and competencies do not want to come to Saudi Arabia for many reasons, including ill-treatment, as well as high prices and the imposition of taxes on expatriates.

He added that the Kingdom has become a repelling environment for expatriates, especially in light of the decline in oil revenues and the heavy losses incurred by the private sector and waves of layoffs, noting that expatriates live in difficult conditions while the government must reconsider policies that harm expatriates in the Kingdom.

And the financial crisis facing Riyadh has escalated recently. Finally, the Saudi Ministry of Finance announced that the Kingdom recorded a budget deficit of 40.768 billion riyals, equivalent to 10.87 billion dollars, in the third quarter of this year, as a result of revenues reaching 215.577 billion riyals, a decrease of 30% and expenditures of 256.345 billion in the three months ending in September Last year.

The Al Saud authorities imposed a series of racist penalties, including imprisonment, a fine, and deportation from the kingdom, on the right of those coming to it, under the pretext of preventing Corona, in addition to long physical, financial and sexual violations criticized by international human rights organizations and bodies.

Millions of arrivals to the Kingdom in search of a job opportunity or shelter from a war here or there that the kingdom ignited without extinguishing its fire, suffer from a series of violations and penalties imposed by the Al Saud authorities against Muslim arrivals to the land of the Two Holy Mosques.

Since 2017, the Kingdom has imposed mounting challenges on expatriates, represented by the establishment of high residency fees for them and their family members, and the prevention of them from working in several major sectors, in addition to the wave of high prices for goods and fuel, due to a series of new taxes approved by the Kingdom.

The global pandemic, Corona, brought the expatriates into bad conditions, after Saudi companies laid off hundreds of thousands of expatriates during the first three months of this year, according to the Gulf Economic Studies Center.

Under the pretext of confronting the pandemic, the Kingdom’s Ministry of Interior approved, in June, a series of rulings and penalties for violators of the preventive measures and measures taken to confront the virus.

According to the Ministry of the Interior, which approved fourteen new rulings and penalties for expatriates, violators face harsh penalties.

These were the details of the news Saudi Arabia is on the list of worst destinations for expats for this day. We hope that we have succeeded by giving you the full details and information. To follow all our news, you can subscribe to the alerts system or to one of our different systems to provide you with all that is new.