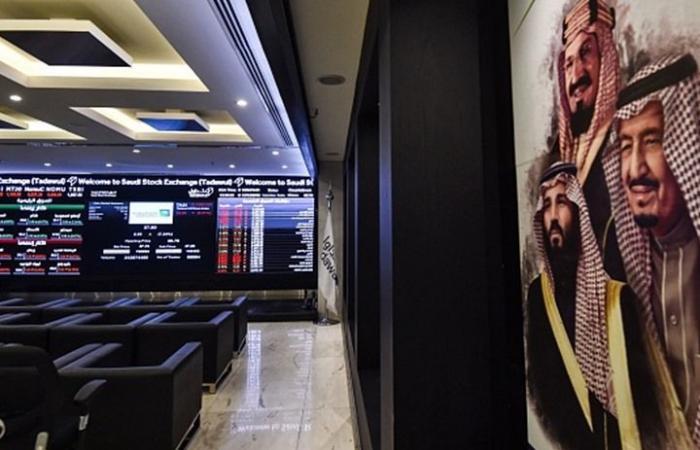 The market value of the Saudi Stock Exchange lost about $ 130.6 billion last October, driven by the oil price plague that negatively affected the stock of the Saudi oil giant, Aramco.A survey conducted by the Anatolia News Agency showed, on Sunday, that the market value of companies listed on the local stock exchange fell by 489.8 billion riyals (130.6 billion dollars) to 8.640 trillion riyals (2.305 trillion dollars) at the end of last October’s trading.

The market value of the listed companies reached, at the end of last September, 9.13 trillion riyals (2.434 trillion dollars).

The global oil giant, Saudi Aramco, had the largest share of the decline in its market value, by 440 billion riyals ($ 117.33 billion) on a monthly basis in October.

And during October, the Saudi Stock Exchange fell by 4.7 percent, under negative results pressure for the major listed companies for the first nine months of 2020, due to the consequences of the pandemic.

The data of most sectors in the stock market showed mixed declines over the past month, as the indices of 18 sectors declined, while only three sectors rose.

The long-term commodities sector led the decline in last month’s transactions, by 17.98 percent, followed by the investment and finance sector by 17.79 percent, and media and entertainment by 14.75 percent.

These were the details of the news The Saudi Stock Exchange’s market value lost $ 130.6 billion in... for this day. We hope that we have succeeded by giving you the full details and information. To follow all our news, you can subscribe to the alerts system or to one of our different systems to provide you with all that is new.