Saudi Arabia tends to abolish the sponsorship system … and “Human... 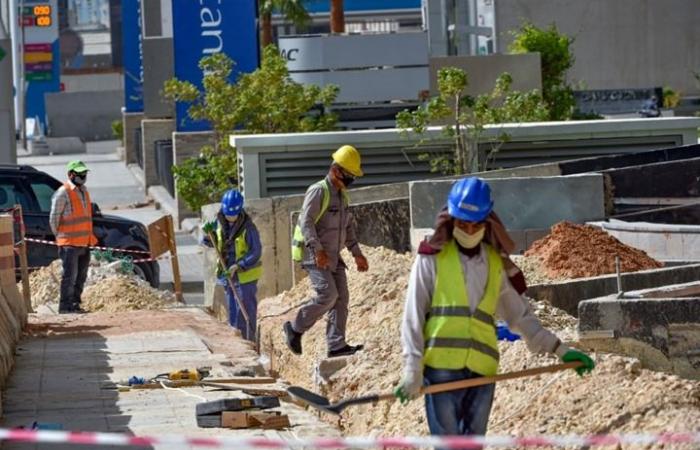 Saudi Arabia is moving towards canceling the controversial sponsorship system, and replacing it with a contract between the employee and the employer.

According to the agency “Reuters”, this trend coincides with the proximity of Saudi Arabia’s presidency of the G20 summit.

“Mal” newspaper, which is close to the government, said that the sponsorship system has been in place in Saudi Arabia for seven decades, which is criticized by human rights groups for its contribution to labor exploitation.

The newspaper’s report said: “The Ministry of Human Resources and Social Development will next week formally announce an initiative aimed at improving the contractual relationship between the expatriate worker and the employer.”

She added that the initiative will be implemented in the first half of 2021, without giving further details.

More than ten million foreign workers reside in Saudi Arabia under the current system, which requires sponsoring a Saudi employer and issuing an exit and return visa whenever they want to leave the country.

organisation Human Rights Watch In turn, she said that in order for Saudi Arabia to remove the “notorious” sponsorship system, which preserves “all elements of abuse,” the following five elements must be removed:

– It is not possible to enter the country without a sponsor (the employer).

The authority of employers to insure, renew residency, and their ability to cancel work permits at any time.

– The worker is unable to leave or change his job without the consent of the sponsoring employer.

– The “escape crime”, which allows employers to report the disappearance of a worker, thus exposing him to the risk of arrest and deportation.

The form of the exit permit, which prevents the worker from leaving the country without the employer’s consent.

These were the details of the news Saudi Arabia tends to abolish the sponsorship system … and “Human... for this day. We hope that we have succeeded by giving you the full details and information. To follow all our news, you can subscribe to the alerts system or to one of our different systems to provide you with all that is new.