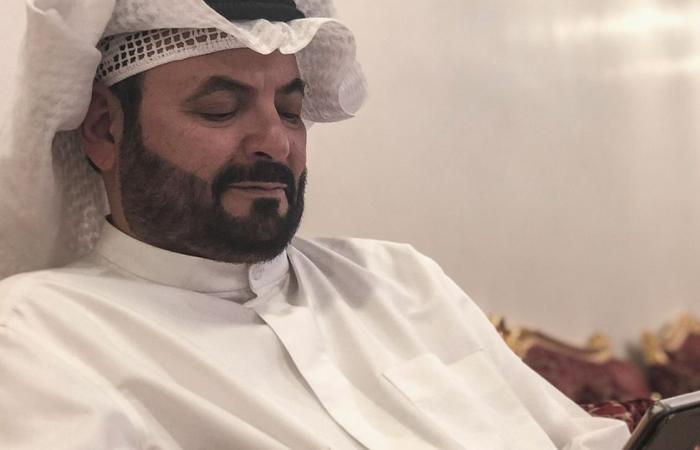 After a marathon run, he was cut by various levels of Kuwaiti courts, and he was imprisoned for 3 months. The curtain has fallen on the two cases of insulting Saudi Arabia and the UAE, in which the former deputy and lawyer Nasser Al-Duwailah is accused of canceling the prison sentence.

The Court of Cassation (the last degree according to the Kuwaiti judicial system) issued its ruling to cancel the prison issued against Al-Duwailah and acquitted him from a complaint filed by the Emirati embassy, ​​while it decided to fine him 1,000 Kuwaiti dinars (about $ 3270) in the Saudi embassy’s complaint about the lawsuits that were brought against him due to His tweets on the social networking site “Twitter”.

Al-Duwailah wrote a tweet on Twitter in which he said that the Court of Cassation had issued this ruling, commenting, “Praise be to God and we ask God to inspire our rationality and let our enemy down.”

Immediately after the verdict was issued, Al-Jazeera Net met with Al-Duwailah, where he expressed his “overwhelming happiness with the Kuwaiti judiciary’s victory for the right,” he said.

In tribute to the Kuwaiti courts; Al-Duwailah confirmed that the ruling confirms the integrity of the Kuwaiti judiciary, stressing that its effects will extend to all tweeters, after the court approved a principle in which the electronic publishing law was properly applied.

He added that he expected the issuance of the acquittal judgment and the application of the law after the appeal ruling was unfair, as he put it.

Al-Duwailah stressed that only history is responsible for registering what people and what they owe, continuing, “The Public Prosecution confronted me with charges in 13 state security cases brought by the embassies of Egypt, Saudi Arabia and the Emirates, which are 13 attempts to overthrow Nasser Al-Duwailah.”

He went on to say that unfortunately there are parties who have complimented these governments at the expense of Kuwaiti men and their freedom, adding, “But I faced a series of violations of my freedom and the violation of my right to expression which is firmly guaranteed in the constitution.”

And based on his knowledge of the law as a lawyer; Al-Duwailah confirmed that Kuwaiti law does not imprison the tweets for their tweets, and that this applies to the two complaints from Saudi Arabia and the UAE, and then the imprisonment came on the basis of the charge of “misuse of the phone,” which is the law that was originally enacted to prevent harassment and protect families, and it was never included in the crime Political or expression of opinion.

The roots of the case go back to the lawsuit filed by the Kuwaiti Ministry of Foreign Affairs based on a complaint from the Saudi embassy against Al-Duwailah after he wrote his famous tweet, “Get up, Shakira.”

Later, the appeals court sentenced him to one year in prison on charges of launching media campaigns on social media against Saudi Arabia and misuse of the phone, while acquitting him of the charge of insulting his country’s relations with the Kingdom.

The Saudi embassy also included in its lawsuit an accusation to Al-Duwailah of publishing the coordinates of a concert site for the Colombian singer Shakira inside the Kingdom, referring to the Al-Duwailah commenting on a tweet of a person called Nasser Al-Qahtani announcing the concert that he mentioned that the Saudi city of Abha will host him, and attaching its coordinates, to be presented by the state. Advice to the singer, saying “Take off, Shakira,” which is an expression meaning “run.”

Here, Al-Duwailah explains that there was no ceremony for Shakira in the first place in Saudi Arabia, as well as that the coordinates were for a location in the Atlantic Ocean and had nothing to do with the Kingdom, but it was used to be a reason to bring Nasser Al-Duwailah to trial.

State Tweets
“Shakira’s tweet” was one of 6 tweets by Al-Duwailah that he published over a period of 11 days, and the court considered that it constituted a media campaign against Saudi Arabia, while Al-Duwailah believed that it was not related to any hostile act. Without prejudice to Saudi Arabia. ”

Al-Duwailah says that among the tweets that were used against him, one criticized the party responsible for Saudi parties publishing a schedule of parties and nightclub sites in “Google Maps”, and said, “While your children dance in discos, our Kuwaiti children are fighting in the southern border as partners in good times and bad. So, either you are in a battle and a challenge, or you are in a party, but combining the battle and the party at the same time is not equal. ”

As for the UAE complaint, the Court of Appeal had sentenced him to 6 months imprisonment with work and enforcement and fined him 2000 Kuwaiti dinars (about $ 6,500) for insulting the UAE after 3 tweets, one of them about 5 years ago, the other in 2018, while the last one had She was 9 months old at the time of the lawsuit.

Al-Duwailah states that one of the tweets dealt with his comment on the news of the Southern Movement’s militia intercepting a Kuwaiti aid convoy in Yemen, criticizing the coalition forces standing idly by.

Al-Duwailah confirms that the tweets are not related to the Emirates, and that they have fallen by statute of limitations according to Kuwaiti law, which stipulates that they should not have passed 3 months ago, and while he was acquitted in the court of first instance, the Appeals Court ruled that he was imprisoned for 6 months and fined 2000 dinars, which is the maximum penalty specified by him. Kuwaiti legislator.

Congratulations judgment
The verdict of Al-Duwailah’s innocence resonated on the social networking site “Twitter”, as congratulations and blessings poured in on the Kuwaiti and Arab states, praising the Kuwaiti judiciary, and at the same time calling on the countries that submitted complaints against it to respect freedom of expression and constructive criticism.

Al-Duwailah (65 years) spent 3 months in prison, before the court decided on October 12 to release him until the case is decided.

Regarding the period of imprisonment, Al-Duwailah says it is a rich experience that he will never forget. In prison, he had contact with prisoners who lamented their condition after telling him their stories, repeating the saying, “Yama in prison is injustice.”

These were the details of the news Kuwait .. The judiciary acquits former MP Nasser Al-Duwailah of insulting... for this day. We hope that we have succeeded by giving you the full details and information. To follow all our news, you can subscribe to the alerts system or to one of our different systems to provide you with all that is new.