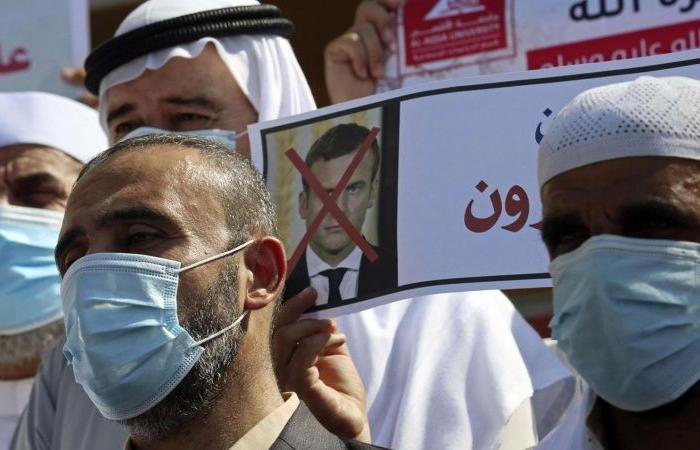 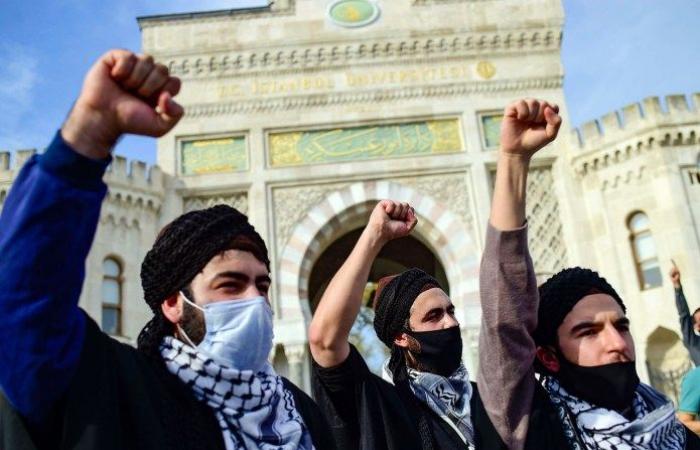 Kuwait – The increasing calls in Kuwait to boycott French products showed that the matter is not automatic, and that there is a plan to show Kuwait a center for a boycott bearing the title of defending Islam and the Messenger, and mainly aimed at embarrassing Saudi Arabia and showing that its boycott of Turkish goods and products is unjustified while Turkish President Recep Tayyip is working Erdogan is to show himself as a “protector” of Islam and a defender of it.

During a speech in Ankara, Erdogan called for a boycott of French products.

Followers of the Gulf affairs see that the campaign is behind the Brotherhood circles, Qatar and Turkey to settle the account with Saudi Arabia, which is leading a painful boycott campaign against Turkey, by showing its hostility to Ankara as if it is standing with French President Emmanuel Macron, who refuses to withdraw the satirical caricature targeting the Messenger.

Turkey and the Qatari and Muslim Brotherhood media are trying to show the French position as if it focuses on attacking Islam and targeting the Messenger, while the French view the matter completely differently and see it related to freedom of expression, rejecting any external pressure to force them to change their values ​​and their vision of freedom and human rights.

The Saudi Council of Senior Scholars said, on Sunday, that “insulting the shrines of the prophets and messengers, may God’s prayers and peace be upon them, will not harm the prophets and messengers of God, but rather serve those who call for extremism who want to spread an atmosphere of hatred among human societies,” a position that showed that Riyadh is aware of the background of the campaign. France and its beneficiaries, and that they will not go along with that in the service of Erdogan, who is seeking to restore the glories of the past at the expense of the region’s security, and at the expense of the Islamic religion itself, which he adopts as a vehicle to attract supporters.

Also, any Saudi involvement in the course of this Turkish escalation will provide a free service to the extremists who find in such a crisis an opportunity for polarization, while the Kingdom is working to get rid of the legacy of extremism and openness to human values ​​through a moderate Islamic view.

Since the Turkish investment in the case of the murder of journalist Jamal Khashoggi, the Saudis have come to view Turkey as an enemy that threatens their interests in the region, especially since this is an apparent Turkish strategy based on the kingdom’s competition for its role as the leader of the Islamic world, which makes Riyadh look to any Turkish move. In the region as part of its targeting.

A senior Saudi official warned of the Turkish danger to the countries of the region, saying, “If you look at the level of threats, you will find that Turkey takes the most prominent place because it is everywhere.”

In a statement to the Financial Times, the Saudi official did not exclude the Iranian threat, but stressed that the Turkish threat was making matters worse.

Observers point out that moving the campaign against French products from Kuwait in particular carries a strong indication that the matter comes in the context of an organized plan to embarrass Saudi Arabia, as Kuwait is living in a state of weak power due to the conflict between the government and parliament, and in light of a transfer of power. In Kuwait, there is also the strongest silent Brotherhood organization in the Gulf that has wide penetration into state institutions and civil society, and controls a wide range of associations with a social and charitable dimension.

Kuwaiti observers say that the Brotherhood’s associations have become like an octopus that controls the popular mood, and that they are the ones behind the Consumer Cooperative Association’s decision to boycott French products. It also stands behind the media campaign that exaggerates Erdogan’s role and at the same time winks to target Saudi Arabia and accuses it of neglecting to defend religion.

The controversy on the French media reveals an awareness that the campaign is greater than criticism of cartoons or statements about the crisis of Islam, and that incitement to boycott has special regional and political purposes, which was revealed by the French Foreign Ministry’s statement on Sunday.

The French Foreign Ministry said, in a statement, that the past few days have witnessed calls in many countries of the Middle East to boycott French products, especially food products, as well as calls to demonstrate against France.

“These calls for a boycott are baseless and must stop immediately, as well as all attacks against our country, which are initiated by an extremist minority,” the statement said.

The ministry also called on the authorities to oppose these boycott moves, in order to help French companies and ensure the safety of French citizens.

Macron said in a tweet that he deliberately published in the Arabic language, in his official account, that nothing at all would make his country back down, stressing that France respects all differences in the spirit of peace.

He wrote, “We never accept hate speech and defend rational debate. We will always stand for human dignity and universal values. ”

These were the details of the news Erdogan hires the Kuwaiti Brotherhood to respond to the Saudi boycott... for this day. We hope that we have succeeded by giving you the full details and information. To follow all our news, you can subscribe to the alerts system or to one of our different systems to provide you with all that is new.