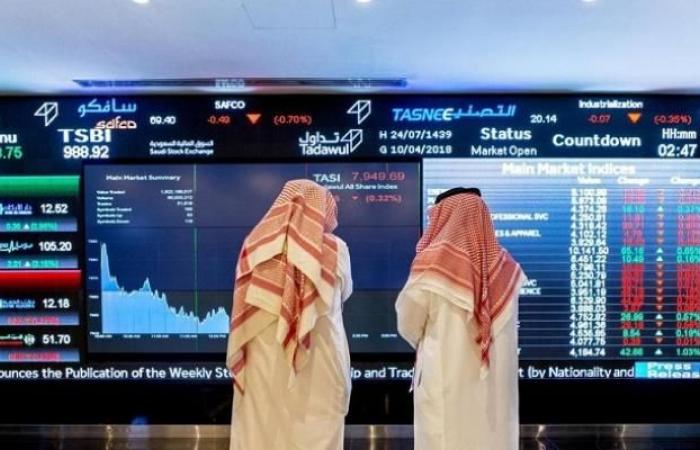 The Saudi Stock Exchange continued its losses during trading on Monday, after the drop in oil prices, while the indices of the UAE stock exchanges rose.


Oil lost 3%, to continue losses last week with the increase in cases of Covid-19 in the UAE and Europe, which fueled concern about the demand for crude, while sentiment was also affected by the possibility of increased supplies.

The Saudi index increased by 1.4 percent at the open, but lost its gains, dropping 0.7 percent, extending the previous session’s losses, when it plummeted 4.1 percent.

The Saudi stock market suffered strong losses at the end of Sunday’s trading, exceeding the 4% barrier.

These declines are the largest in one session since last May.

Part of these losses were compensated for by Dr. Sulaiman Al-Habib Medical Services Group, which rose 2.5 percent, while Najran Cement jumped 5 percent.

On Sunday, the health care company announced a 50.9 percent increase in quarterly profits, while the cement company jumped 235.4 percent in the third quarter of the year to 47.4 million riyals ($ 12.6 million).

The Dubai market index rose 0.4%, thanks to the rise of Emaar Properties by 1.2% and Dubai Investments by 0.7%.

And Dubai Investments said today that its unit Al Mal Capital has received the approval of the Securities and Commodities Authority for an initial offering of shares of its newly established unit Al Mal Capital REIT, and the target size of the offering is 500 million dirhams ($ 136.14 million).

The Abu Dhabi index rose 0.4 percent, thanks to a 11.3 percent jump in Aldar Properties.

The Abu Dhabi Media Office said that Aldar Properties would manage and implement government capital projects worth 30 billion dirhams ($ 8.2 billion), according to a memorandum of understanding it signed, according to Reuters.

The Qatari index fell 0.6 percent, affected by a 3.3 percent decline in Commercial Bank. The bank announced a nine-month net profit of 22 percent to 1.15 billion riyals ($ 325.8 million).

Kuwait’s index fell 1.7 percent, with all but one of its shares down.

The losses were led by National Bank of Kuwait, down 2.3 percent.

The largest Kuwaiti bank announced a 38% drop in third-quarter net profit, due to the increase in bad debt provisions and the slowdown due to the Coronavirus pandemic.

These were the details of the news The Saudi market continues to lose losses and real estate supports... for this day. We hope that we have succeeded by giving you the full details and information. To follow all our news, you can subscribe to the alerts system or to one of our different systems to provide you with all that is new. 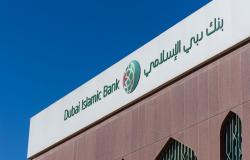 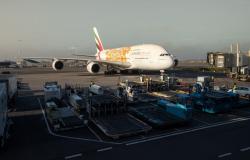