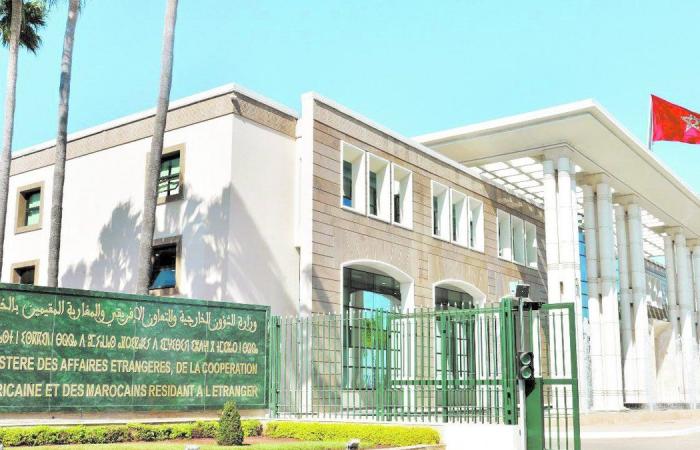 The Kingdom of Morocco joined the Arab countries that condemned the statements of French President Emmanuel Macron Concerning “not to back down” from publishing satirical cartoons of the Prophet Muhammad (may God bless him and grant him peace).

And the Moroccan Ministry of Foreign Affairs published a statement denouncing “these acts that reflect the lack of maturity of their perpetrators,” noting that the freedom of the individual ends with the freedom of others and their beliefs, as freedom of expression cannot justify “provocation and offensive attacks on the Islamic religion that more than two billion people owe. In the world.”

The statement also affirmed that “to the extent that the Kingdom of Morocco condemns all dark and barbaric acts of violence committed in the name of Islam, it denounces these provocations that offend the sanctity of the Islamic religion.”

He called for stopping fueling feelings of resentment and for the display of discretion and a spirit of respect for others, as a prerequisite for coexistence and quiet and constructive dialogue between religions.

Communication sites in Morocco witnessed angry reactions due to the French President’s recent statements regarding the offensive cartoons, amid calls for a boycott of French goods in Moroccan markets in response to calls from bloggers.

These were the details of the news Morocco condemns Macron’s comments about the offensive cartoons – Erm News for this day. We hope that we have succeeded by giving you the full details and information. To follow all our news, you can subscribe to the alerts system or to one of our different systems to provide you with all that is new.