“Al-Houthi” announces the targeting of a “sensitive target” at an airport... 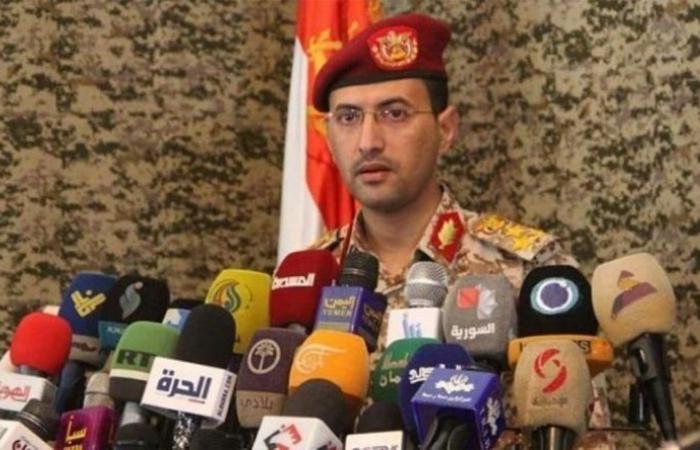 Yemen: The “Houthi” group in Yemen announced, on Sunday, that it had targeted a “sensitive target” at “Abha” International Airport in southern Saudi Arabia with a drone.
This came in a brief statement issued by the group’s military spokesman, Yahya Saree, which Anadolu Agency reviewed.
Saree said, “The (Houthi-affiliated) Air Force launched a new air attack on Abha International Airport with a (Samad 3) drone.”
He stated that the attack targeted a “sensitive target inside the airport, and the injury was accurate,” without clarification about the nature of the target.
And he added, “This targeting comes within the framework of the response to the air escalation of aggression (in reference to the Arab coalition) and the continuous siege on our dear people.”
There was no immediate comment from Saudi Arabia or the Arab coalition on the matter until (14:55 GMT).
Earlier on Sunday, Saree announced that his group had targeted, by two drones, the King Khalid Air Base in the city of “Khamis Mushait” in southern Saudi Arabia.
Since Saturday, the Arab coalition announced the destruction of 3 drones “deliberately launched by the Houthis on civilian neighborhoods in the southern side of Saudi Arabia,” according to 3 statements by the coalition’s military spokesman, Turki Al-Maliki.
On Saturday, the Houthi group announced that it had launched 3 drone attacks on Jizan and Abha airports and the Khamis Mushayt base in southern Saudi Arabia.
The Houthis repeatedly fire ballistic missiles, projectiles and drones at Saudi regions, some of which have caused human and material losses, and the group says that these attacks are a response to the ongoing coalition raids against it in separate areas of Yemen.
Yemen suffers from an ongoing war between the pro-government forces and the “Houthi” militants, who have controlled several governorates, including the capital, Sanaa, since 2014.
Since March 2015, an Arab military coalition led by the Saudi neighbor has supported forces loyal to the Yemeni government against the Houthis, backed by Iran.
(Anatolia)

These were the details of the news “Al-Houthi” announces the targeting of a “sensitive target” at an airport... for this day. We hope that we have succeeded by giving you the full details and information. To follow all our news, you can subscribe to the alerts system or to one of our different systems to provide you with all that is new.