Zaki Al-Mayadeen: If Saudi Arabia normalizes with “Israel” there will be... 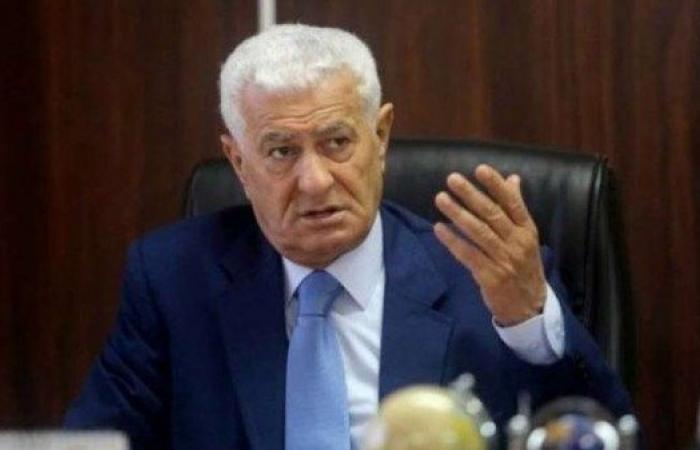 Reactions to the announcement of the Sudanese-Israeli normalization agreement are continuing, and Fatah Central Committee member Abbas Zaki assures Al-Mayadin, “We have not lost hope yet and we will make a miracle.”

Abbas Zaki, a member of the Fatah Central Committee, said, “The Americans and the Israelis want revenge on Arab Sudan.”

Zaki and in a hadith للميادين ، Today, Saturday, in response to the announcement of Sudan’s agreement with “Israel” on the normalization of relations, he added: “We are confident that the Sudanese people will not allow normalization to achieve its goal, and there are leaders waiting for medals studded with blood.”

He believed that the silence of some Arab countries on normalization is “an expression of their determination to follow this path and betray history.”

Zaki pointed out that “those who accuse us of denying the favors should remember the millions they spent on killing the Palestinian people.”

He pointed out that “US President Donald Trump reveals his agents one by one, and the Americans want to give Saudi Crown Prince Mohammed bin Salman a medal.”

He believed that “there are efforts to end the role of the Saudi royal family,” stressing, “We have not lost hope so far, and we will make a miracle.”

A member of the Fatah Central Committee considered that Saudi Arabia realizes that if it follows the path of normalization, “there will be no Kaaba, nor a prophetic mosque, and there will be a dark future,” according to Zaki.

Today evening, the Palestinian presidency considered that Abbas Zaki, a member of the Fatah Central Committee, on Saudi Arabia and normalization “only represents himself and does not express the official Palestinian position.”

On Friday, Palestinian President Mahmoud Abbas expressed his condemnation and rejection of the normalization of relations between Sudan and the Israeli occupation, and stressed that “no one has the right to speak in the name of the Palestinian people and the Palestinian cause.”

Meanwhile, leaders of the Palestinian factions condemned the Sudanese normalization with “Israel” and considered that the Sudanese regime “thus records a black book in the country’s history.”

It is reported that the official announcement of normalization between Sudan and “Israel” was preceded by the announcement of the Transitional Sovereignty Council in Sudan, on its Twitter page, on Friday, that the US President signed a decision to remove Sudan from the “list of states sponsoring terrorism.”

These were the details of the news Zaki Al-Mayadeen: If Saudi Arabia normalizes with “Israel” there will be... for this day. We hope that we have succeeded by giving you the full details and information. To follow all our news, you can subscribe to the alerts system or to one of our different systems to provide you with all that is new.