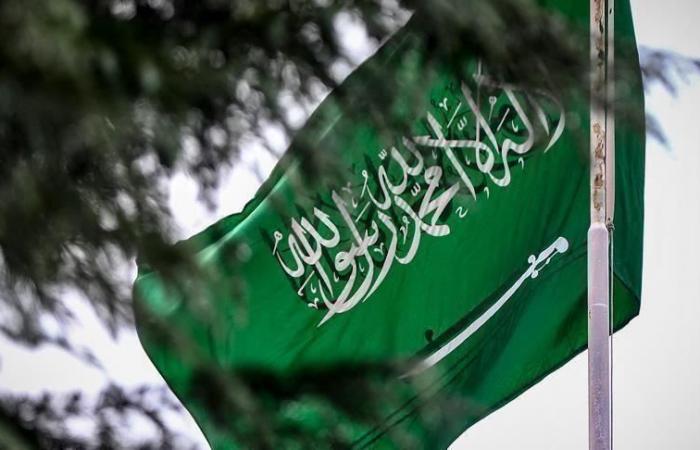 The commission is facing accusations from opponents that it is a tool in the hands of the authority, and the fatwas and stances deviating from it are completely consistent with the state’s policies, regardless of any other legal or value considerations.
A rupture between the political and religious authorities cannot be expected despite the decline of the latter’s role in social circles after decisions that limited its influence in society

Given the historical context, the third (contemporary) Saudi state was established in 1902 on the basis of the complementarity of two collateral, religious and political, religious laws represented by the intellectual approach based on the legacy of the “renewed” Imam Muhammad bin Abdul-Wahhab, since his alliance with the founder of the first Saudi state in 1744 Muhammad bin Saud Al Muqrin, Emir of Diriyah, representing the political legitimacy that created a state of integration with religious legitimacy.

The House of Saud monopolized political legitimacy, which represents the authority, and its head is the king and the position of crown prince, which qualifies whoever occupies it to be at the head of power in the absence of the king for reasons of death or dismissal for lack of capacity.

The Al Sheikh, who are descendants of Muhammad bin Abdul Wahhab, has been seen as representing religious legitimacy in close alliance with the House of Saud, since the founding of the first Saudi state.

After Mohammed bin Salman assumed the position of Crown Prince in June 2017, and seized most of the sovereign positions, Saudi Arabia tended to reduce its adherence to the basic concepts of “fundamentalism” to the call of Muhammad bin Abdul Wahhab without turning against it.

Those in charge of religious authority adapt these concepts, in line with the Crown Prince’s 2030 vision of societal openness to previous “taboos”, such as cinemas, women’s leadership and mixing.

Since Muhammad bin Salman assumed the mandate of the Covenant, scholars affiliated with power have tended to abandon many previous interpretations of religious issues governed by Islamic law, and adopt other interpretations that take Saudi Arabia out of the characterization of “exclusivity” from other Islamic countries by adhering to the principles that have accompanied the building of society and the state for decades. Following the establishment of the third Saudi state.

On October 18, King Salman bin Abdulaziz, through a series of royal orders, reconstituted the Council of Senior Scholars, the Shura Council, and the President of the Supreme Court.

The Council of Senior Scholars includes 20 members, in addition to its head, the Mufti of the Kingdom, Sheikh Abdulaziz Al Sheikh.

Six senior scholars joined the commission, while fifteen members maintained their membership, among them the president of the commission, Sheikh Abdulaziz Al-Sheikh, and other widely known names, such as Saleh Al-Fawzan and Abdullah Al-Manea.

The Council of Senior Scholars is the highest religious body, and it was established in 1971 to provide religious advice to state officials regarding the issues that are brought to it, and to recommend general rulings for the guidance of the “guardian,” based on research that is prepared and prepared according to Sharia evidence, and it meets periodically every six months Extraordinary sessions are held when necessary.

The commission adopts a program on “the supreme values ​​of Islam and rejecting extremism and terrorism” to reach a conscious society that applies these values ​​through the role of senior scholars in spreading moderate thought to present the correct image of Islam, according to the official website of the organization.

The authority also adopts the general policies of the Saudi state internally and externally.

For example, the Commission considered, in the words of its President Abdulaziz Al Al-Sheikh, that the decisions of Saudi Arabia’s boycott of the State of Qatar (since June 2017) are “an interest for Muslims and a benefit for the future of Qataris themselves, because they are decisions based on wisdom and insight.”

The commission takes a stand against the movements of political Islam, and considers that the approach of the Muslim Brotherhood, which is the largest in this description, is “based on going against the state, and they have no interest in the Islamic faith or the Sunnah of the Prophet, and they are not interested in calling for the correction of the faith.”

The authority warns against belonging to the International Union of Muslim Scholars, based in Doha, because, according to its assessment, it “stems from narrow partisan ideas and causes stirring up strife in some Arab and Islamic countries.”

The body includes controversial personalities, such as Sheikh Muhammad bin Abdul Karim Al-Issa, Secretary General of the Muslim World League, head of the Association’s Scholars Council, and Sheikh Saud bin Abdullah bin Mubarak Al-Mujib, who has held the position of Attorney General in the Kingdom since June 17, 2017.

Al-Issa is seen as one of the crown prince’s most important levers in bringing about change according to the concepts of leaving the fundamentals of Saudi society, which is described as a conservative traditional society committed to the tenets and teachings of Islam.

Al-Issa showed a lot of “courtship” to the Israelis during his presidency of the General Secretariat of the Muslim World League, based in the city of Mecca, where he participated in several dialogues with Jewish religious leaders.

In a conference organized by the American Jewish Committee (AJC) on issues of Judaism and combating anti-Semitism, he pledged the kingdom’s commitment to rebuilding bridges of dialogue and building with the Jewish community.

Al-Issa has interpretations of the meanings of some Qur’anic verses that talk about Jews, which were appreciated by the Israeli army spokesman, Avichai Adrai, who praised what Al-Issa talked about “the brotherly relationship between Muslims and believers of other religions.”

Al-Issa also received another praise from Adraei and official Israeli channels after he performed funeral prayers for the victims of the “Holocaust” (a genocide of Jews), during his visit, last January, to the “Holocaust” site in the “Auschwitz” camp in Poland.

During this visit, Al-Issa met with the rabbis of Judea and criticized “anti-Semitism,” a development in Saudi discourse directed at the world, which observers believe comes in the context of getting closer to establishing normal relations with Israel.

The appointment of the Attorney General, Sheikh Saud bin Abdullah bin Mubarak Al-Majeb, to the Council of Senior Scholars has sparked much controversy among those observing the Saudi issue.

Since the appointment of al-Mujib as the first public prosecutor in Saudi Arabia, coinciding with the appointment of Mohammed bin Salman as crown prince, the kingdom has witnessed more major events, such as the arrest campaigns that targeted princes, ministers, businessmen, opinion leaders, preachers, religious scholars, and academics.

Also among the major events was the removal of Muhammad bin Nayef from the mandate of the Covenant and the boycott of Qatar, in addition to the assassination of the Saudi journalist, Jamal Khashoggi, in the Saudi consulate in Istanbul, on October 2, 2018.

In his functional capacity, al-Mujib demanded, in September 2018, the death penalty for the well-known detained Saudi preacher, Salman al-Awda, on charges related to terrorism and extremism.

The admirer played a role in the Khashoggi assassination case, continuing the investigations with the Turkish side with a three-day visit that did not produce results.

The Council of Senior Scholars is facing accusations from Saudi dissidents that it is a tool in the hands of the authority, and it lacks any positions that contradict the directions of the state, and the fatwas and positions that come out of it are completely consistent with the state’s policies, regardless of any other legal or value considerations.

The commission did not adopt any positions towards the violations against imprisoned preachers and religious scholars, in addition to what is related to prisoners of conscience and widespread human rights violations in the kingdom’s prisons, which prompted an international position rejecting Saudi Arabia’s candidacy for membership in the United Nations Human Rights Council.

On October 13, Saudi Arabia failed to win a seat on this council after its candidacy for its membership in the Asia-Pacific Group, where it received only 90 votes out of 193.

It is an outcome that the international human rights organization “Human Rights Watch” considered “good news” and a victory for many of the victims of this “oppressive regime,” according to the term of the organization, which is based in New York City, USA.

Therefore, it is not possible to expect a rift between the political and religious authorities in Saudi Arabia, despite the decline in the role of religious authority in social circles after measures that limited its influence in society.

Among these measures are disrupting the role of the Commission for the Promotion of Virtue and the Prevention of Vice, and the arrest and detention of dozens of mosque imams, preachers and preachers, under the pretext of “extremism” or affiliation with “terrorist” organizations, as well as university professors, academics and symbols of what has come to be known as the “Awakening Movement,” which was the political establishment. She is his sponsor even before Muhammad bin Salman took over the mandate of the Covenant.
The news published on the official page of Anadolu Agency, is an abbreviation of the part of the news that is presented to subscribers through the News Streaming System (HAS). In order to subscribe to the agency, please contact the following link.

These were the details of the news What does the renewal of the Council of Senior Scholars mean... for this day. We hope that we have succeeded by giving you the full details and information. To follow all our news, you can subscribe to the alerts system or to one of our different systems to provide you with all that is new.